When Chap Mei made its debut in the action figure market, many collectors, if not most all of them, simply looked at it as a means of getting some cheap vehicle force for their "3 3/4 scale" action figure ranks. It was looked (and at some point an understandable consideration) as 2nd class. With years passing by and Chap Mei toys selling, some REAL 2nd class unnamed companies started to make some bootleg versions of the now famous "soldier force" and "police force" lines. 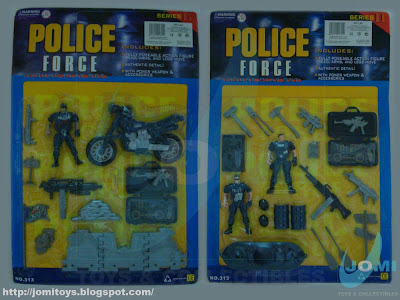 Here, today, we have some of those. I have no idea how they get the molds, and I´m sure a lot of you question that issue as well. What´s even more disturbing is that some major toy retailers can´t see the difference and buy these by the cases and sell them as true CM. True story, I have seen it with my own eyes. And go and try to convince them otherwise... 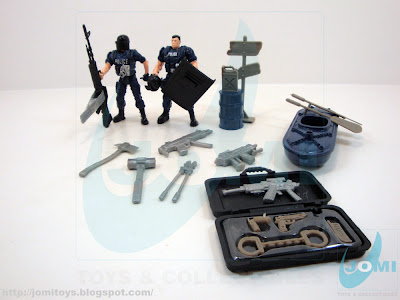 "The molds are the same, but the finish is lame". That should be their motto. 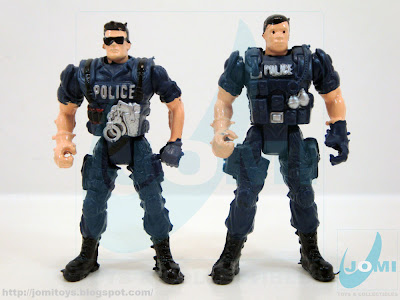 There´s not excuse for stuff like this. Their arms look to have been submerged in that "Robocop" movie acid Emil ran into.The left figure is a mix of Soldier and Police forces molds. The right one is a "whitening" of Captain Faulkner. 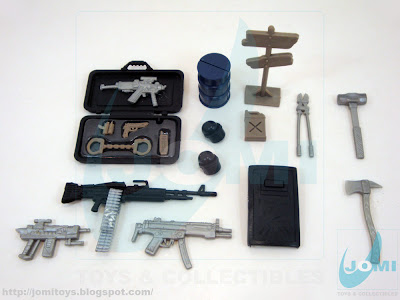 Included accessories. Not TOO bad. I´m sure some of you will have use for most of them. 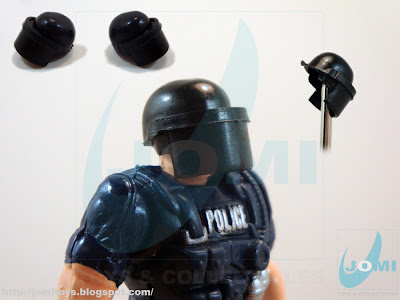 The helmets are variations (if the term can be used) of the shock police helmets chap mei used in series I through III. And these are all black. Interesting. Has the looks of futuristic 80s movies. 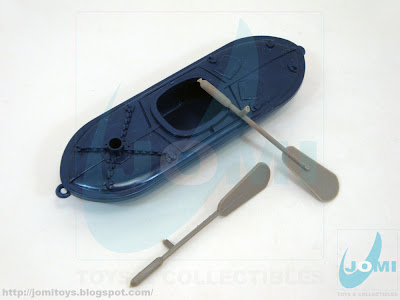 This is a direct mold copy from CM first kayaks. Pretty good, made of hard plastic. And since it´s bulky, not probable to break anytime soon. The paddles don´t fit the holes, though. 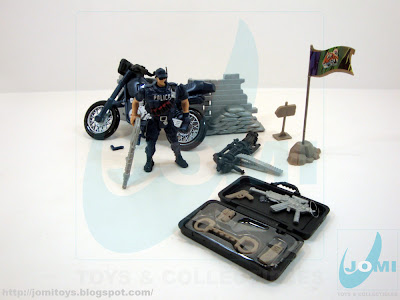 This one is even worse than the last... but since we´re here... 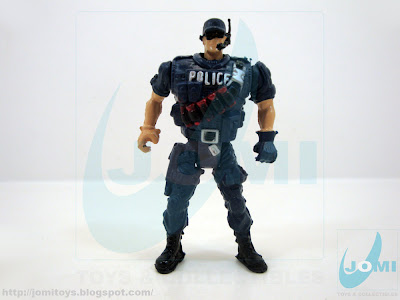 The included figure suffers from the same disease his companions have. 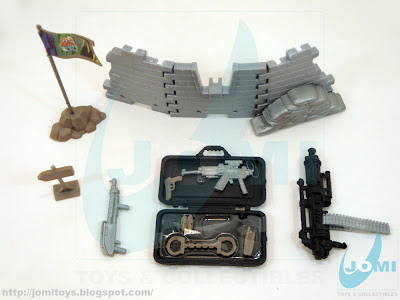 Included accessories. These bootlegs are actually sought after, since many of the original CM sets are not around, these (for some) do until they get their hands on the real thing, the real deal. Anyway... I´ll have to tell you... I have seen some good bootleg versions of rare CM items. The witchcraft line, for one. 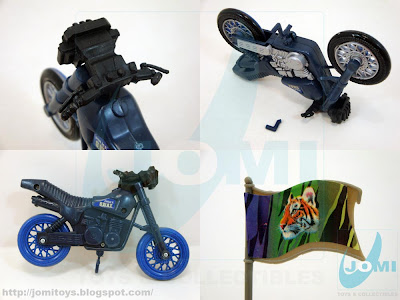 This was too bad (not) to mention. Many times CM fans talked about the old 1-side painting. What to say about this? Plus, fresh out of the bubble and already broken into 4 pieces (at least). If all bootlegs were this "good" Chap Mei wouldn´t have to worry about a thing. Problem is, they got better. A LOT. 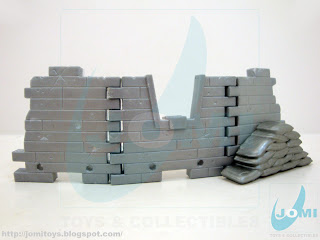 The good thing about this set. This silver barricade. Looked stranger inside the MOC. Its actually pretty nice.