Distributed in Germany under the label "Freedom Force" by "Hobby Dax" toy company, this licensed Chap Mei set is yet another prime piece to behold. 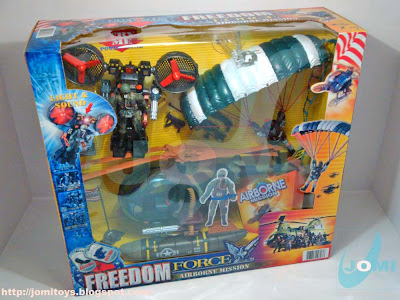 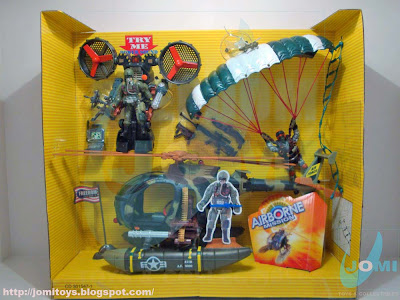 The insert is exactly the same as Chap Mei´s "originals" series III and IV Soldier Force (exception made to the used colorization). The "Freedom Force" flag is pretty much the only thing giving it up. 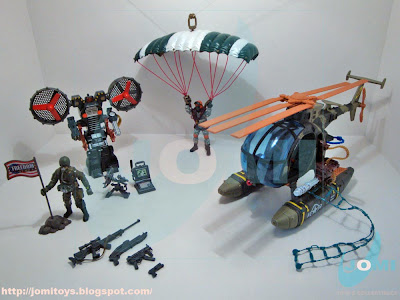 Included items. A great set with great pieces and parts. 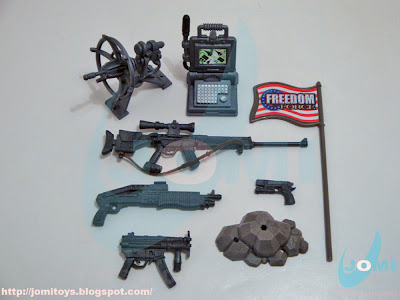 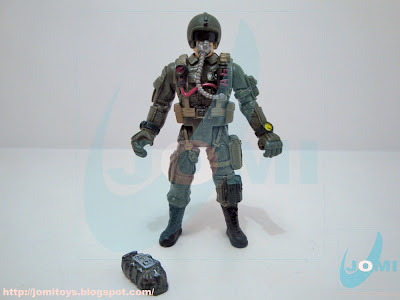 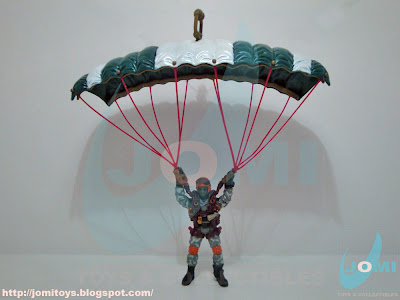 Another great asset, this paratrooper fully equipped with his parachute. For more detail on this figure, also refer to "Soldier Force IV P-40 Combat Fighter Playset". 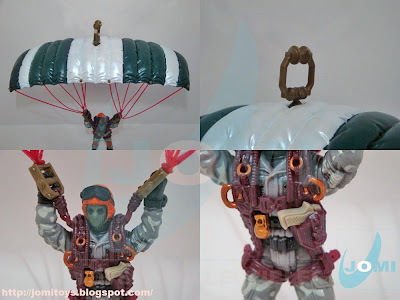 The differences between this parachute and the one included with the "P-40" play set are pictured above. The chute´s and handles color. Also pictured, a close shot on the removable 9mm. Great detail. 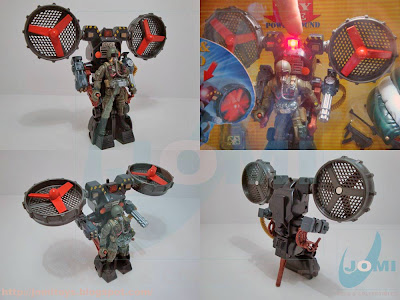 Reviewed in more detail in the "Police vs Bad Guyz Attack Machine Playset - Power Suit" post, this one here however, has Light&Sound action when pressing a top button. 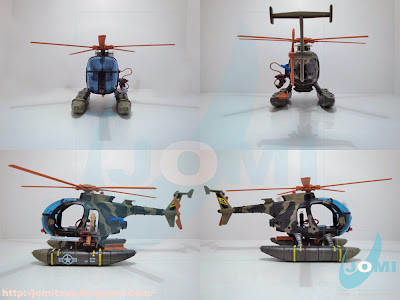 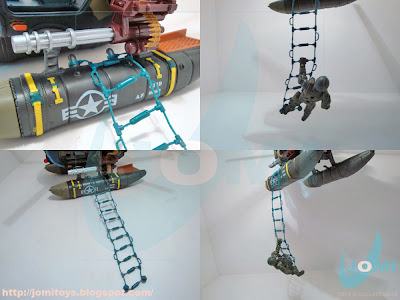 Stair detail. Something the "Skids" version cannot do. 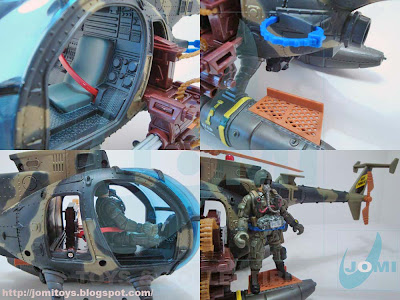 Figure emplacement. Pilot is held via seat belt and gunner/passenger also has some sort of a rubber belt holding the soldier in place. 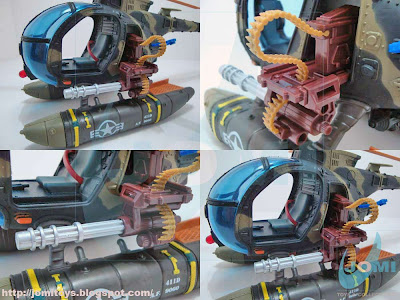 Gatling gun. Looking like a GAU-8 Avenger out of an A10, this gun emplacement is detailed and can be removed from the helicopter. 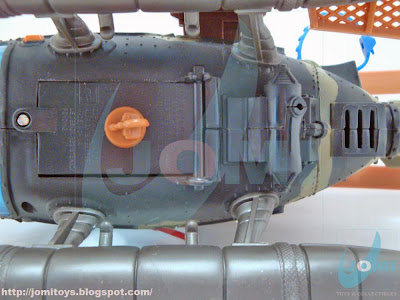 For an electronic version of this helicopter, refer to "Ninja Helicopter Play Set". 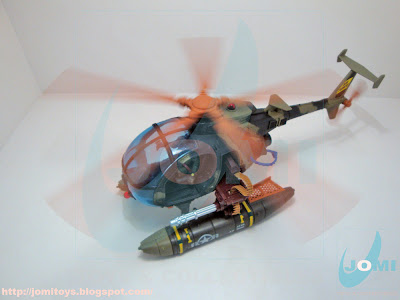 Great looking helicopter. Another must-have for you G.I.Joe fans out there.