Today we pick up another previous post. And I know for a fact many guys out there were waiting for a more in-depth review on this baby. So here it is, and without further delay, let´s get into it. 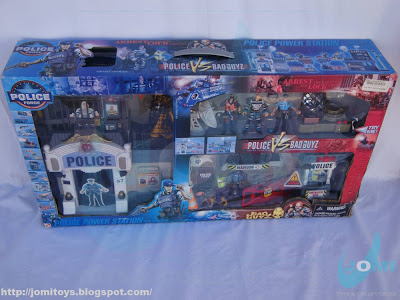 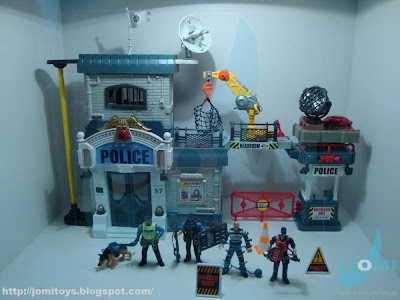 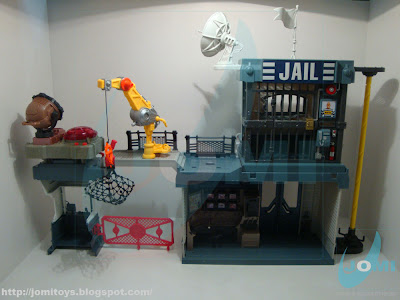 This Police Station is a marvel. It has it all. Dispatch central, cell block, a decent front door checkpoint, a heli-pad... and even a working pole. The whole set can be arranged and re-arranged according to your needs and/ or room space availability. It has an array of hexagonal connecting points and various other means of changing its look such as holes and spherical-end parts. A notorious break-through in Chap Mei playsets. 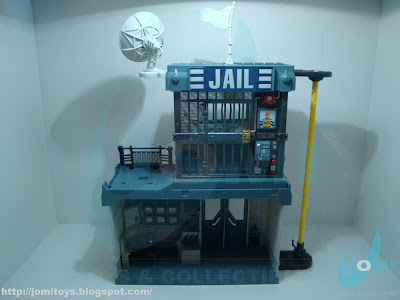 "Breaking" this into parts, we´ll start with the main block. 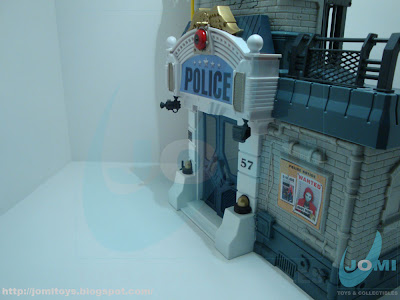 The front door. The parts sculpt is detailed and the paint job is very well done. The white areas of the building are cote-painted, the plastic is high quality so I´d say its producing cost must have been high. 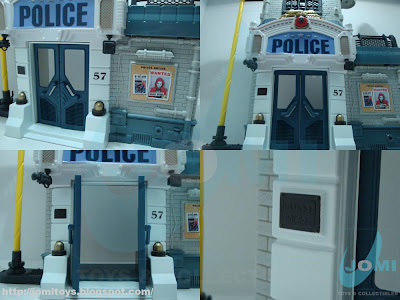 Some detailed shots on the front. The wanted poster is placed on an area for information. I thought it was a nice touch. You can eve see the wall lamp sculpt on the wall on top of that. It´s great. 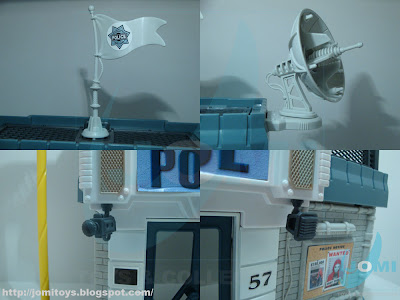 Roof accessories, such as the flag post and comm-radar dish, security cameras. 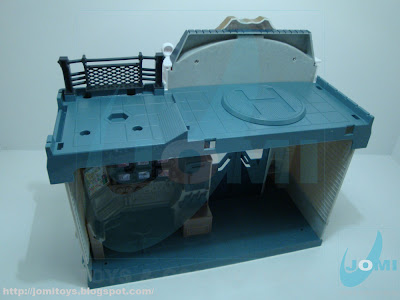 A good example of that inter-changeability feature previously referred. When removing the jail block, the heli-pad comes to show. The different holes and prominences makes the whole set capable of acquiring various shapes. 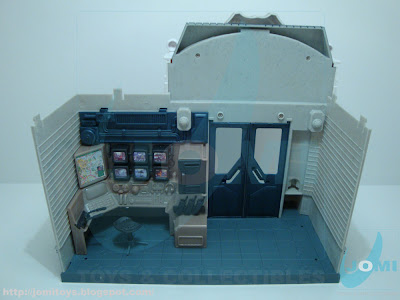 Removing the roof in order to show the dispatch central a little better. 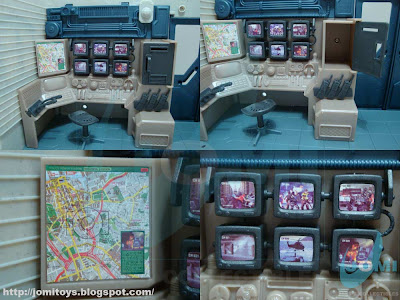 Some great details, as all the monitors, city map, the opening locker and even the anatomical chair. 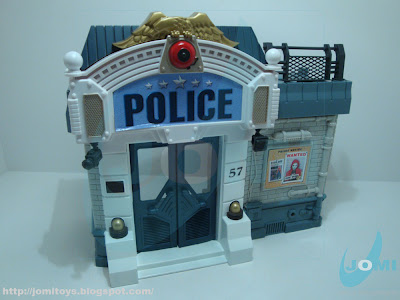 The front without the cell block. Very nice. 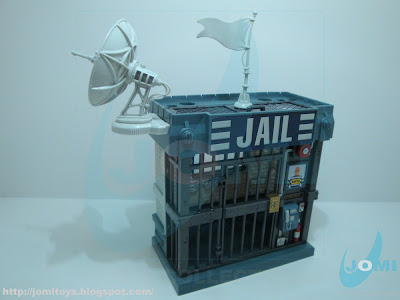 The jail block. Please refer to "SWAT police Barrcode Arrest" for a detailed review on this one. 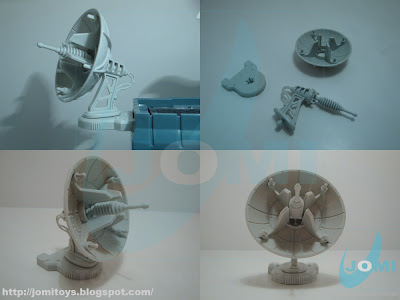 One of the details which captured my "joe-fan" attention was this radar dish. Excellent design. 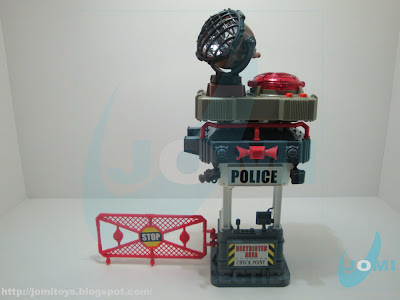 The checkpoint. Very similar to "Checkpoint Alpha", but different enough to make you want this one too. Here we see it with the Light&Sound block on top. 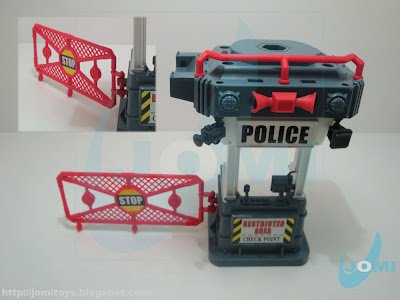 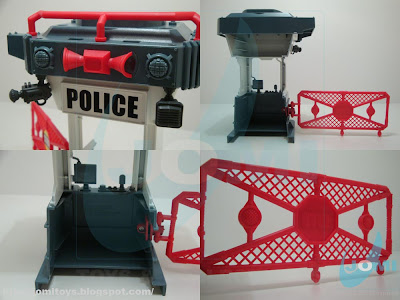 Some more details. It also has security cameras. Plus, a nice LCD monitor to check IDs. 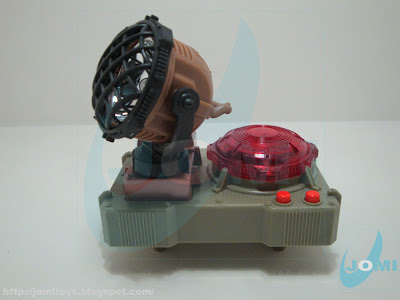 The light & sound equipment. When activated, the light spins around flashing and the siren sounds. Video coming soon... 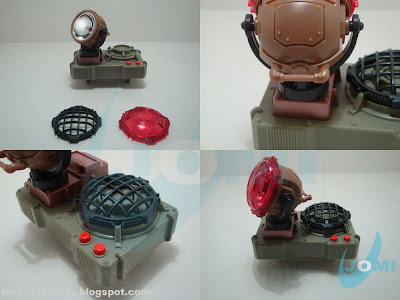 You can change the visuals on it, and you can get a red or white light from the spot light. 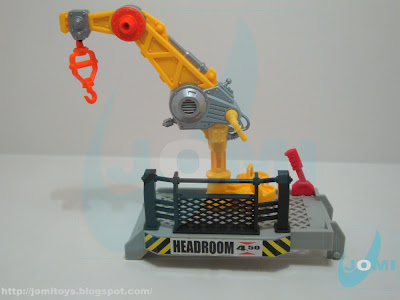 The bridge with mounted crane. Please refer to "Wild Arctic Mammoth Transporter Playset" for more details on the crane. 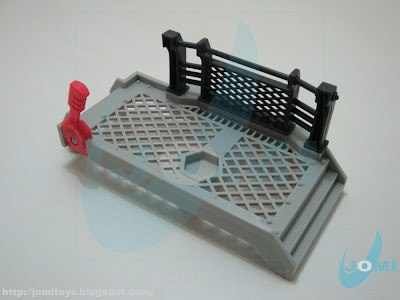 The bridge by its own. Even that grill comes off if you want to attach it someplace else. 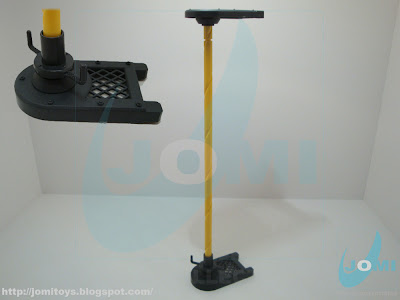 The working pole. Secure a figure to it, and the it comes down spinning around the pole. Video coming soon. 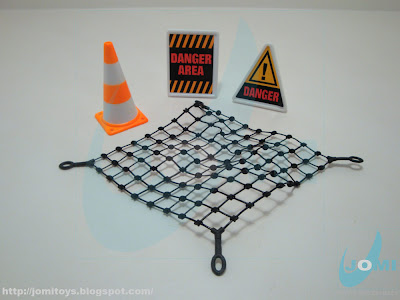 The rest of the included accessories. Basic traffic signs. A bit over-sized. 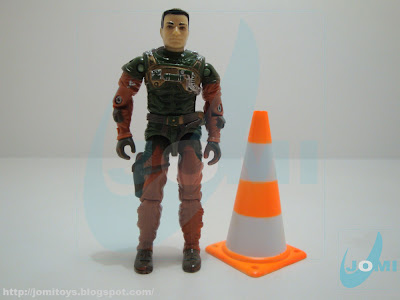 The road cone/ traffic... this thing´s so big it reminds of that one from Jackass in Tokyo. Wee Man´s... 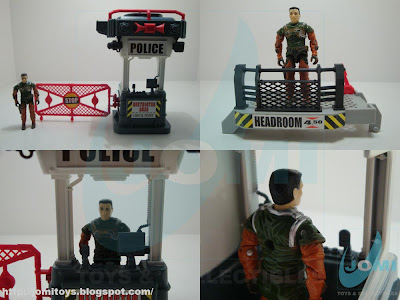 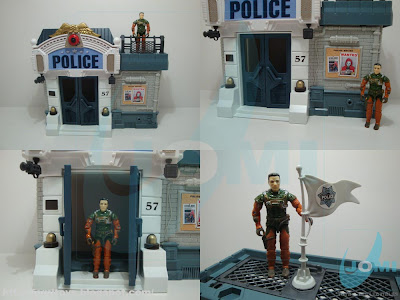 Bottom right: A small step for Joes, a giant leap for Chap Mei. And this set was nothing short of that. One of the greatest I´ve had the privilege of reviewing. A great set. No doubt whatsoever. 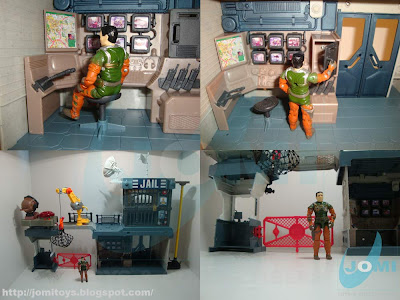 Final scale shots. More than its current potential value, is the fact that one can attach multiple blocks to it. And make this gigantic. 5 stars. Absolutely.