It took a while to find this one, after seeing it for the first time about 3 years ago (2009). A bootleg, but an AMAZING one. If Chap Mei had their own "Moray" incarnation with Soldier Force IV Heavy Combat Boat, these guys took the next step with serious change to the look. Enjoy! Feauturing a deck gun instead of the typical missile laucher and considerable cabin structure change, comes with a lot of goodies... 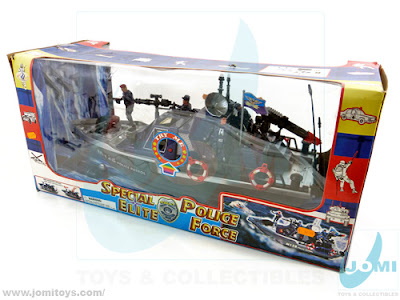 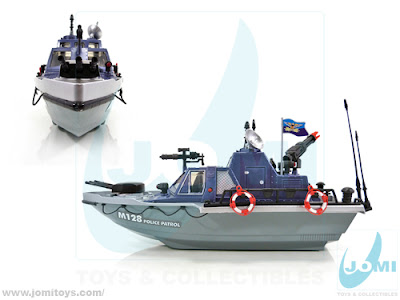 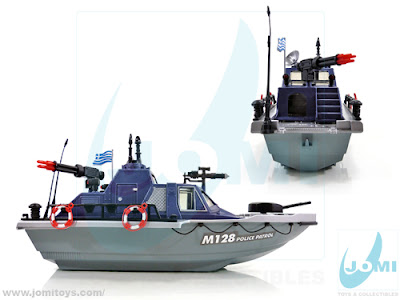 Amazing quality for a bootleg toy, has a lot of differences when compared to the "original" Moray from G.I.Joe and Chap Mei´s version, the Soldier Force IV Heavy Combat Boat. 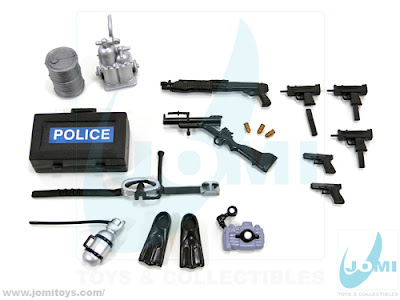 Included accessories. I´ll be showing you these in detail because it´s worth it! 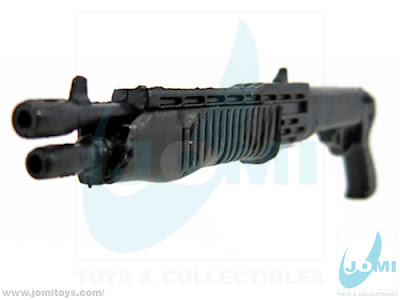 Let´s start with the shotgun, A SPAS-12, pump action. Notice the drilled barrels. 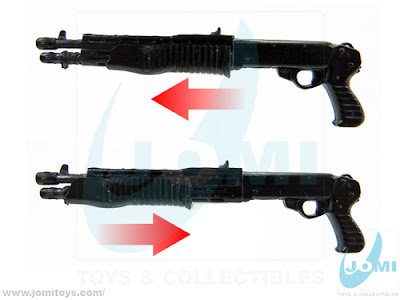 REALLY works. Now the problem is that this SPAS-12 is about the same size of most Chap Mei´s weapons, meaning designed to fit 6" figures such as Marvel Legends figures. Nevertheless, awesome!!! 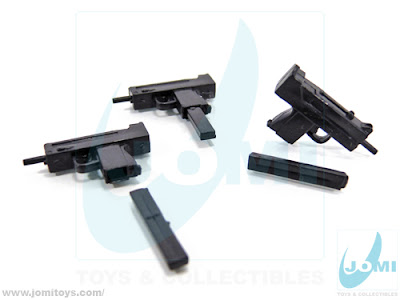 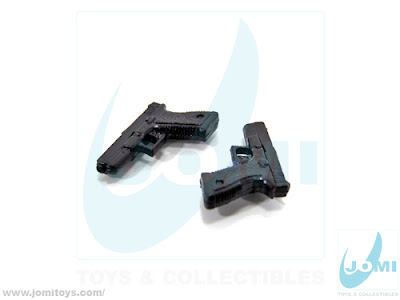 Now check out these Glocks... 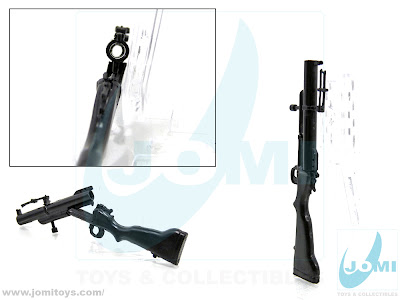 And finally the thumper. I´m amazed with this one and I´ll show you how. Click to enlarge the picture. 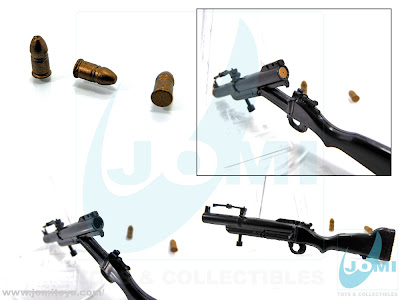 Never mind it opens and closes perfectly... now imagine it comes with 3 projectiles... that perfectly fit and the M79 still closes perfectly! Now this weapon is 8cm long (3.1in). Imagine the size of the grenades and check the detail on them. Click to enlarge the picture. 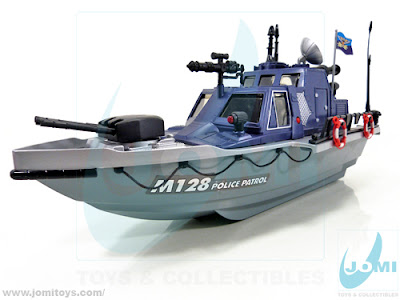 Back to the M128 Patrol Boat. In "Cobra Blue", that´s a start...  if I ever need a starting point, which I did because this thing cost me US$50 and it better prove itself an investment. Keep in mind it´s a bootleg! 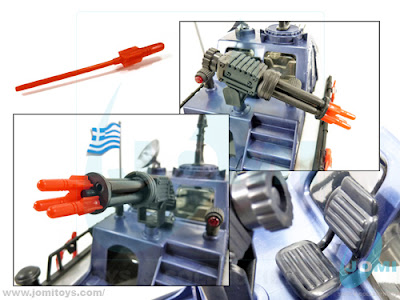 Comes with a spring-loaded gatling missile launcher. It works and shoots the missiles pretty far. 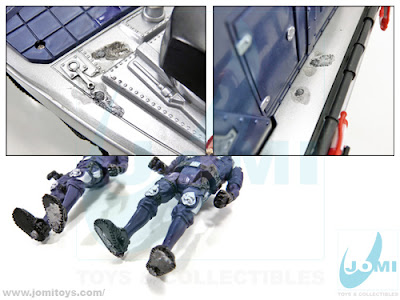 Came with 2 of the entire crew of 4 glued to the deck, that wasn´t good, but the glue was, since it broke the pegs off... GRRRR 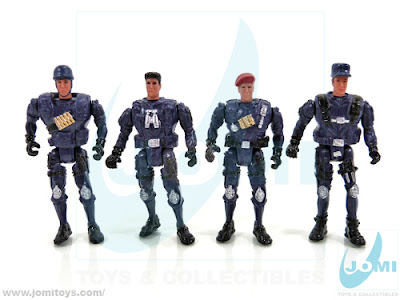 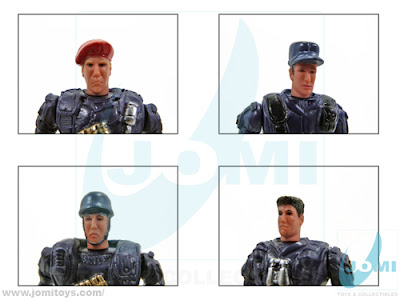 Some familiar faces if you´re a Chap Mei enthusiast. 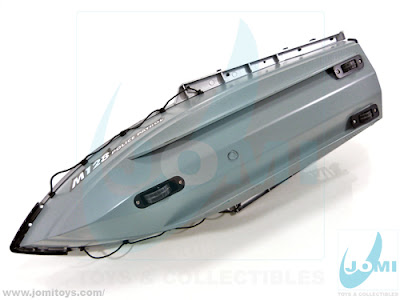 Back to the ship! The hull comes with 3 bogey wheels. Free Wheeling Action (with wave moving action). Like the CM´s Viking Ship, while you push it, it simulates the motion in the sea. Neat. Also, it floats! 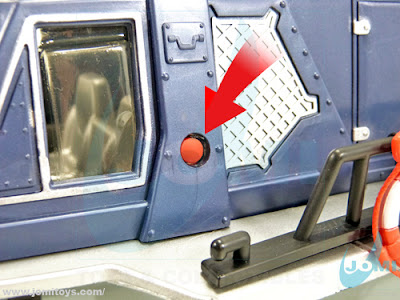 Comes with light and sound action, you just push a button. 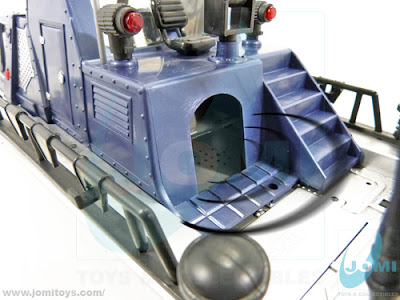 Sounds comes from the inside and at the bottom of the stairs you can see the battery compartment. 2 AA batteries are needed. 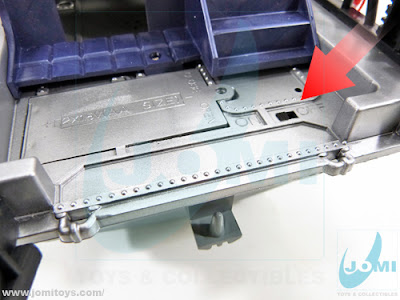 On and Off button in a very classy way, meaning it´s not red and mingles with the whole set. 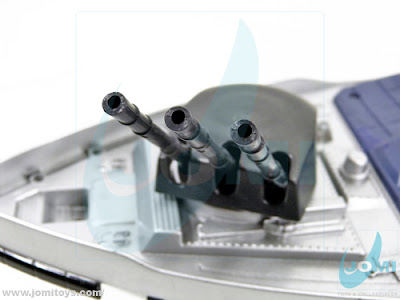 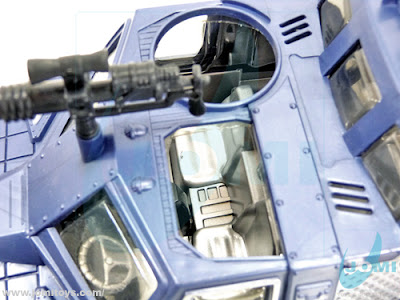 2 figures can be placed on the inside. At this point, I noticed the boat had seats for 2 other figures, but one can´t reach them. So I decided to unscrew the top and open it to see how it works... 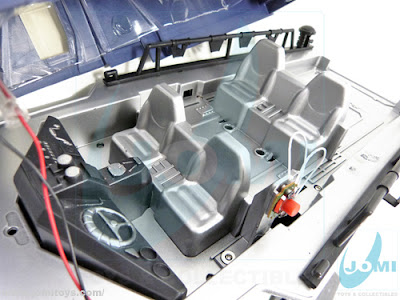 Whoa... nice! And a little effort (means money, of course) could have meant a couple more hatches and near-perfect vehicle. 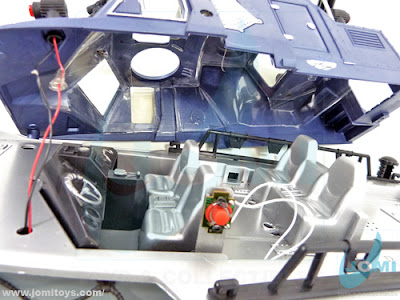 Notice how they molded the glass-like structure. Simple plastic like the ones from carded figures or boxed vehicles with figures behind a plastic window. A great notion to apply in custom-built vehicles. 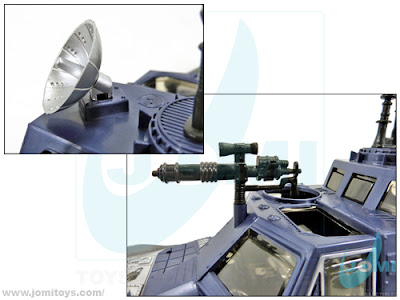 So back to the first form and a couple more details. The moving gatling gun with sights and (non-rotating) radar dish that actually came broken off at the base, so it had to be glued back on. 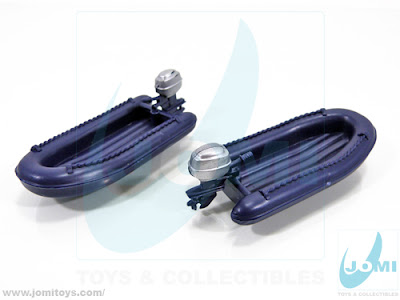 The set also included 2 rubber boats, but too small to use with figures anywhere near 4". 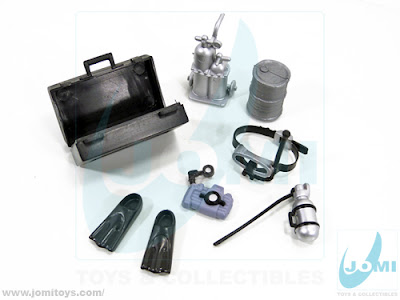 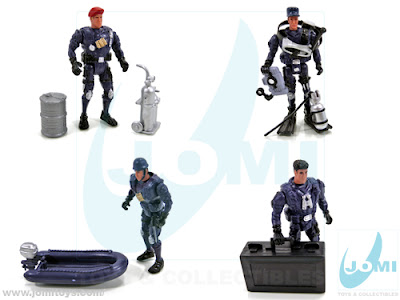 The undersized rafts are compensated with the oversized underwater camera and HUGE goggles, which probably fit any 12" figure. So not only you get a fantastic vehicle for your Cobra legions (or not), you get a couple accessories for any 6" figures you need almost perfect weapons for, and one of your 12" soldier will have a set of goggles for Christmas. This is one of the best bootleg sets I´ve ever seen. 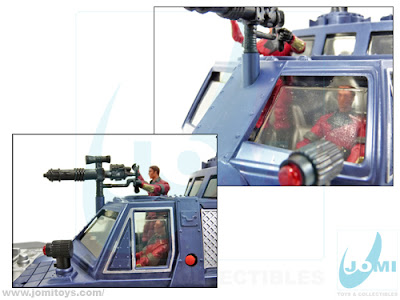 And of course, it goes with Joes. 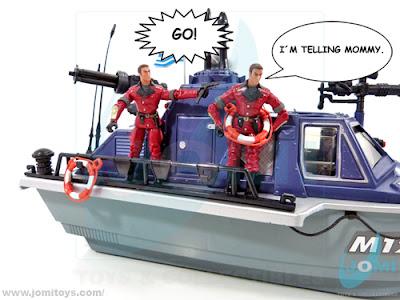 It´s a direct to consumer production line custom. I love it!