Released by Famosa in Western Europe, JQ figures came with (spanish) names for the 2 packs. This is "Safari". 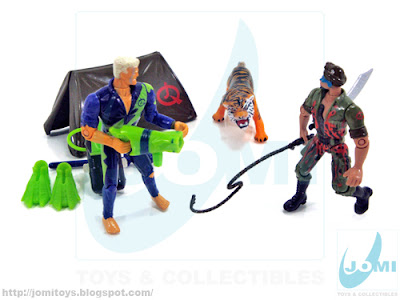 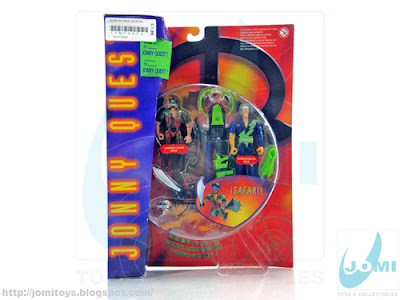 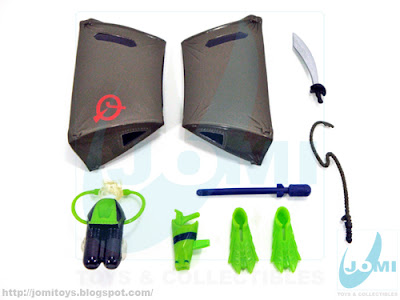 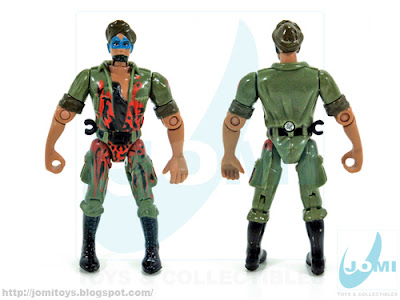 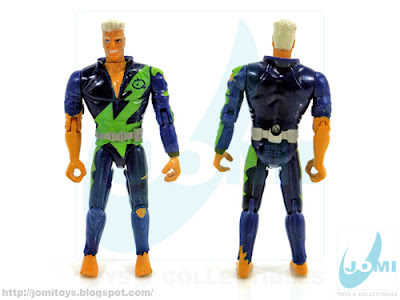 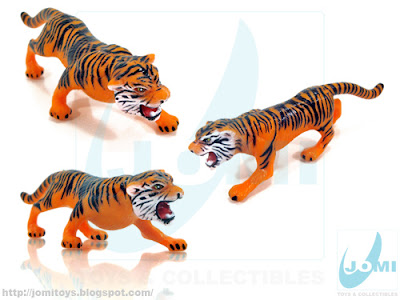 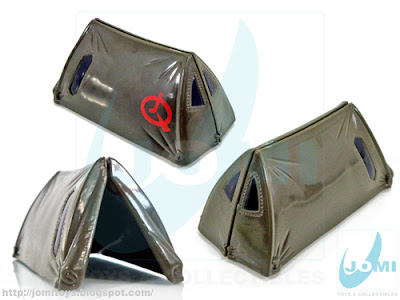 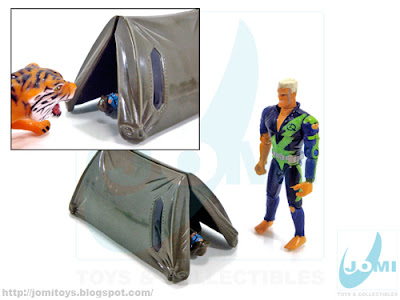 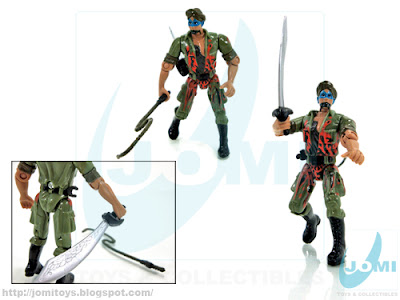 Hadji comes with a whip and a scimitar and both can be attached to his waist piece. 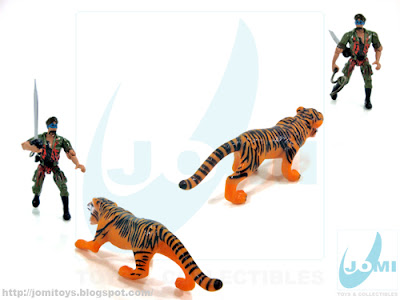 The tiger is one of the best looking for its scale. 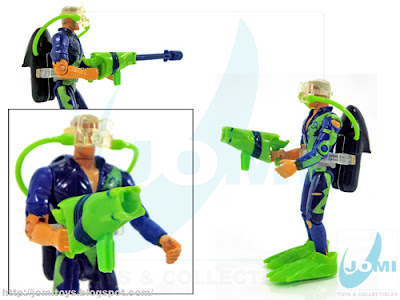 Race figure has a great color scheme and being all ripped, should have a shark of his own. Also included, a spring-loaded harpoon gun. 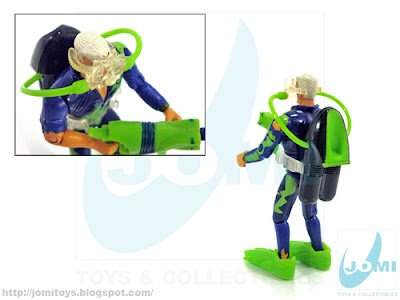 The transparent mask is rigid. So probably prone to breaking. This figure sort of reminds me of Action Man figures!