So it´s time to kickstart the Joes here at JoMiToys. A lot of stuff to view of the most spectacular toyline ever, and I do apologize if someone takes this to heart and thinks differently. And starting with a bang, the Raptor. The Lockheed Martin F22 Raptor Jet is slowly taking over the F16, F14 and F18 power on the cinema and tv screens. Back in 2004, Hasbro as always (especially with G.I.Joe) knew how to take advantage of the coolest warmachines. So the Thunderwing was released. It was a Raptor as everybody knew, BUT in Western Europe... it REALLY was called Raptor... 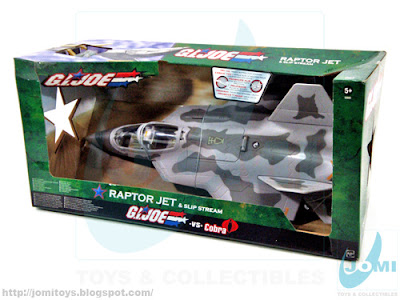 MISB, Hasbro 2004 (marked 2003). Cool, uh? I actually got a hold of 2 of these back in the day and it was not until very recently I decided to open one up when I found the electronics (try me demo mode) were dead. At first I thought it was just the batteries, but when opening it, I found out the batteries had really died and over the contacts leaving them in need of cleaning. Fortunately, no big deal and soon after the F22 was already roaring again! 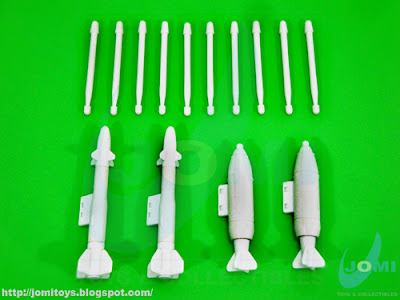 Included accessories. The Raptor Jet came with 10 missiles and 4 bombs. 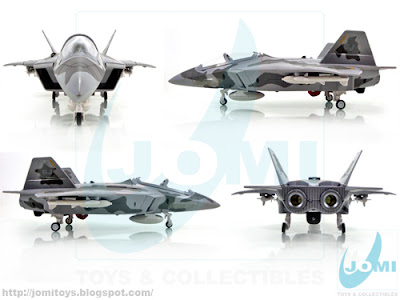 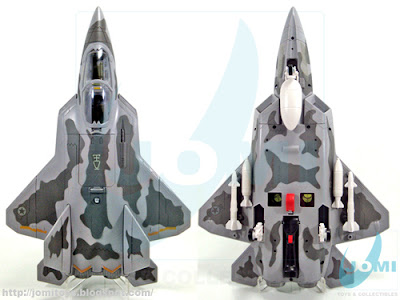 A beautiful toy and probably one of the best F22 at 1:18. The right colors, the right height, the right brand! Of course it IS a toy, so you have to expect differences, but considering there´s the True Heroes Fighet Jet version and the Chap Mei Devil Hunter, and some others, this is a beauty! Mirrors on the belly are sights for bomb mode. 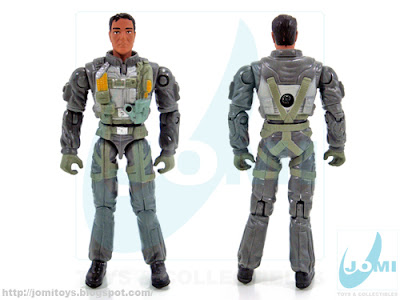 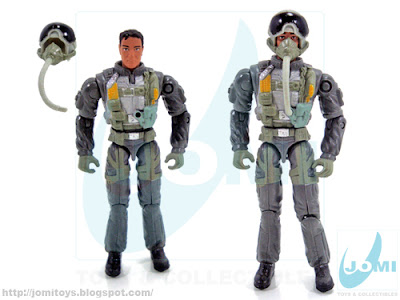 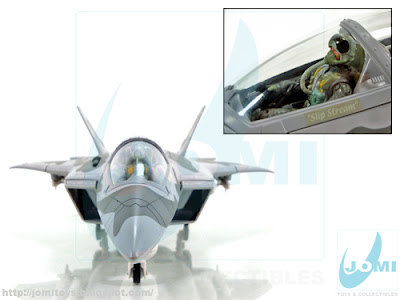 Let´s kick the tires and light the fires! 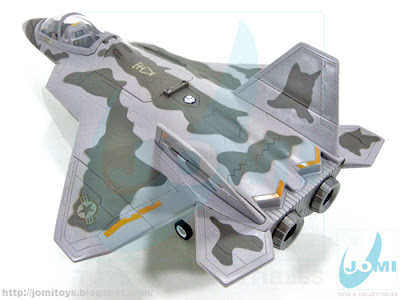 You have to give credit when credit is due. After a few Jet-failures through the years, Hasbro did a great job here. 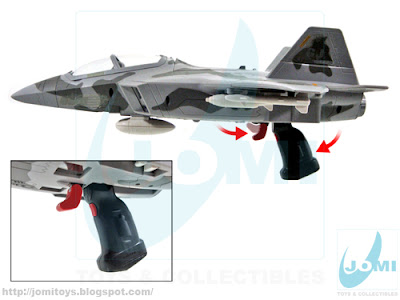 Handle comes down to fire missiles and bombs (depending on the selected option). 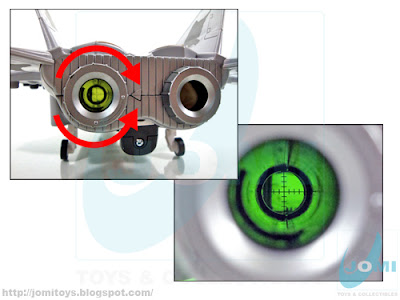 Rotate the left turbine clockwise or counterclockwise to activate both modes (alternatively, of course). Both turbines act as targeting sights with reticles. Great sound effects when turning the switch. HOWEVER, this Euro version has no voice effects, because it´s meant for countries where native languages are used with their toys. That is the only flaw with this baby. I sure miss the "break right" and other cool sounds the U.S. version has when I tilt the plane left, right, up or down. "Just" engine sounds. Not bad, not bad... 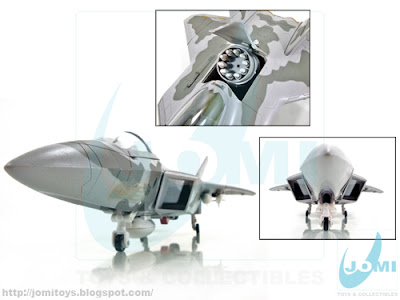 Missiles (10) are loaded into a revolver drum. Lift hatch and insert missiles. When missiles are selected (rotate left turbine), the mirror system allows you to point forward and fire the missiles that come off between the front landing and the nose. With missile firing and target destruction sound effects. When bombs are selected, pressing the trigger drops the bombs and also with great sound effects. 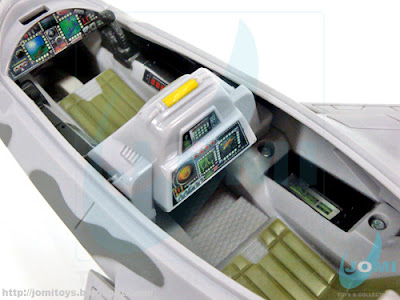 Traditionally a one-seater, G.I.Joe has the 2-seat F22s! Although some people have seen 2-seat F22 fighters, they have not produced in numbers (150 million dollar airplane). "Only" around 200 are operational. BUT, G.I.Joe is that one elite force where not only costly aircraft are in numbers, but they land anywhere :) 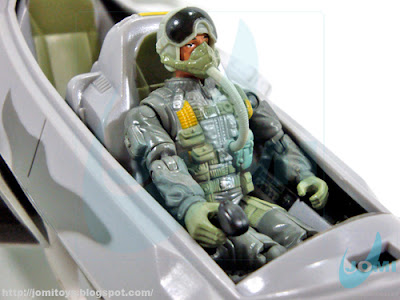 I just love that joystick that comes with this Raptor. And an amazing set this is. 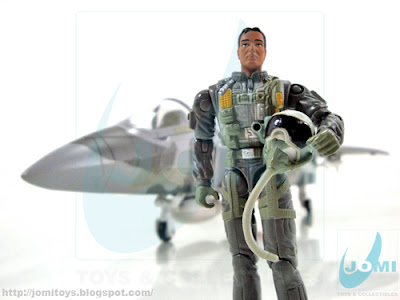 Slip Stream also seems to have a slightly darker skin, but it may be just a slight variation. The box may be different, but the content is the same... awesome!

Check out www.gijoeportugal.com for some other cool pictures of this and more Joes and Cobras!