Released by Famosa in Western Europe, JQ figures came with (spanish) names for the 2 packs. This is "Luchando Contra Las Llamas!". 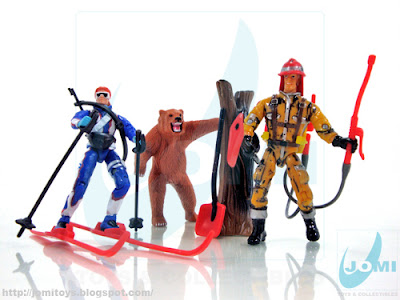 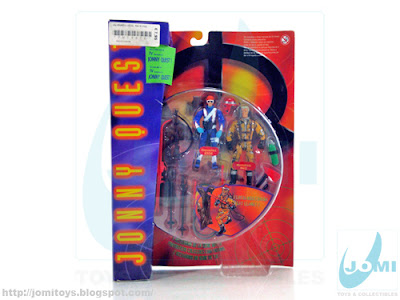 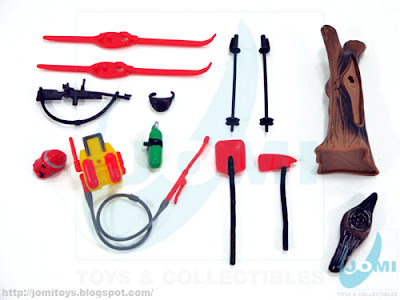 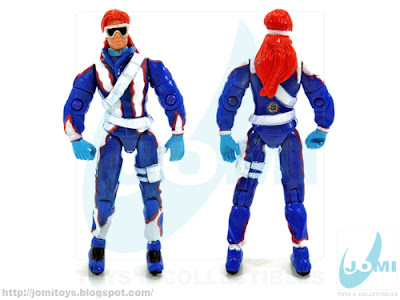 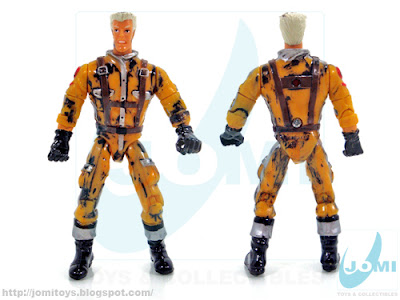 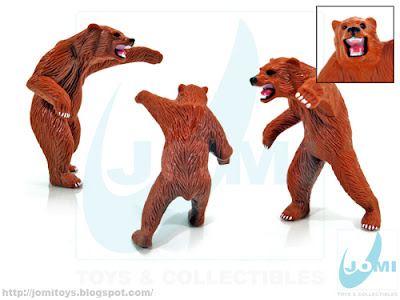 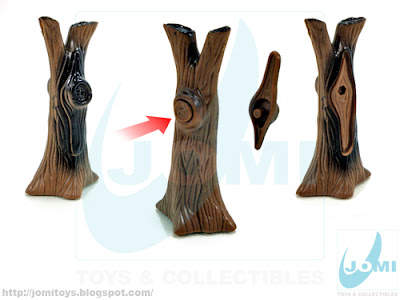 Tree, splits in two pieces when pushing the button. 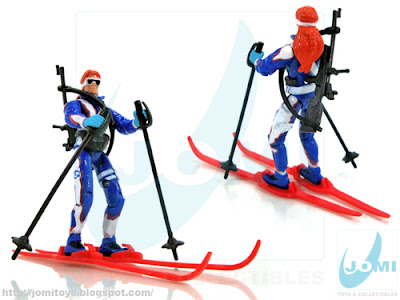 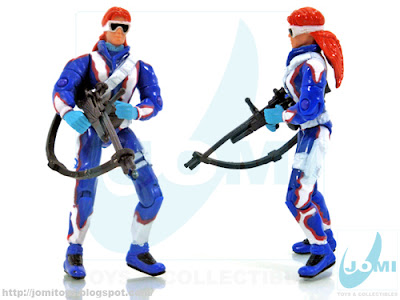 The rifle is amazingly looking! 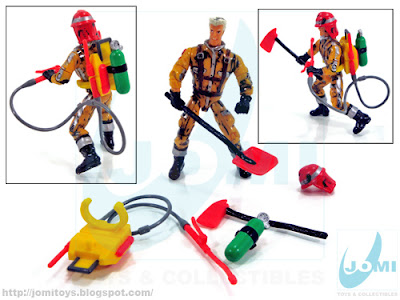 Race comes with a huge number of accessories.