Long before the awaited for return of the 3 3/4" figures, Hasbro launched G.I.Joe Extreme. A much debated issue, I´ll just focus on the bootleg version of Inferno I picked up during the late 90s. 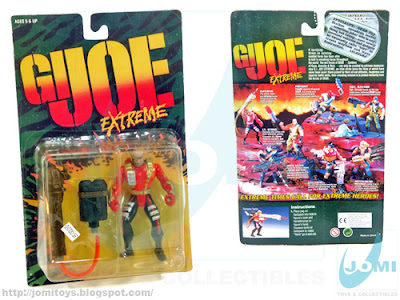 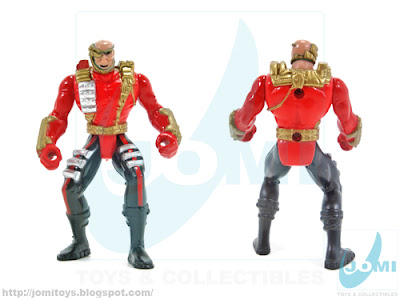 Figure: Sky Stalker Squadron Leader, code name Inferno. Impressively similar to the original, the paint job gives it away. Smells like it is... a bootleg! Would probably fail the first quality control. Nonetheless, an impressive copy. 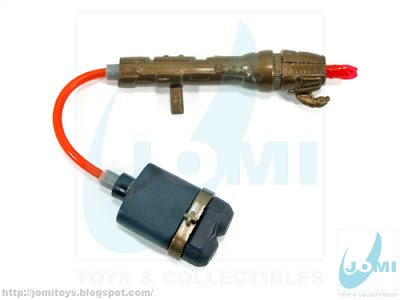 Included accessories. Another remarkable copy in terms of looks. 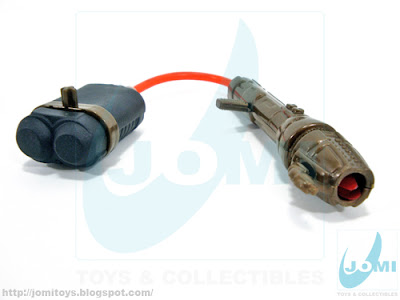 However, when trying to connect the weapons to the figure, the handle broke. Quality, a definite minus... 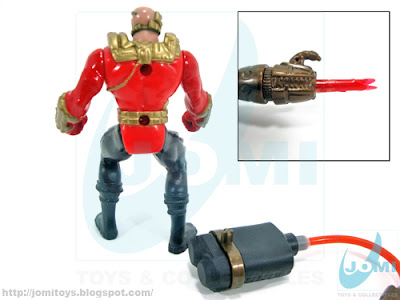 Also, the backpack´s peg won´t fit into the figure´s backpack hole. Tank works, and the "flames" do come out. 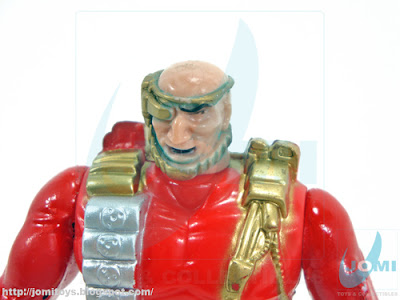 All things considered, it´s a curious and well achieved copy when back in the day in Europe (and after Sgt. Savage major fail) it was virtually impossible to find Extreme figures. Extreme times, extreme measures. Nowadays, a sign of time and a mere curiosity for the wall.