A remake of the vintage Horde´s "torture chamber" for heroic warriors, this time around related to Skeletor´s side. And added Mutant name and figure to it. 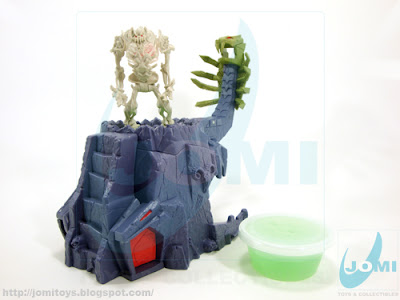 A review I´ve been avoiding for quite some time. Not because it´s not cool, it is. But the included Slime demands some ground preparation. A lot thinner than the original, which was thicker and gooey, this one flows neatly, but quickly! 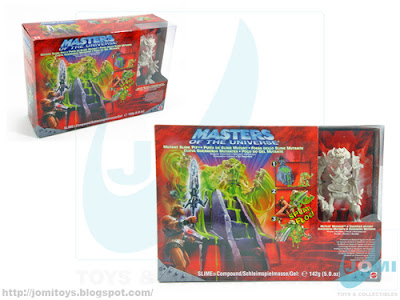 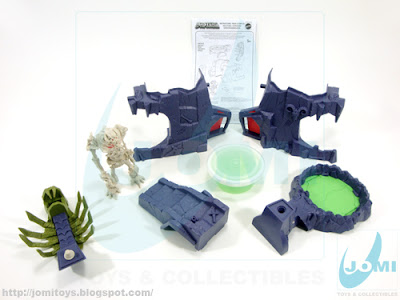 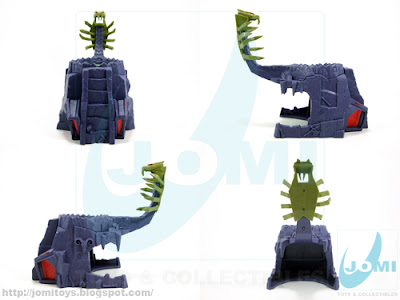 The Mutant Slime Pit. Once assembled, a very nice playset. A throne on top with a trapdoor, and hollow inside and we´ll see why. 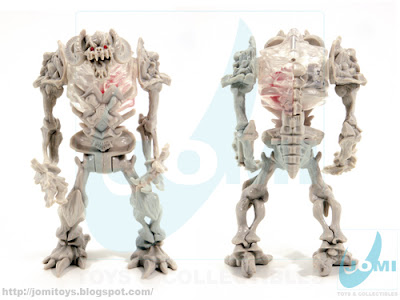 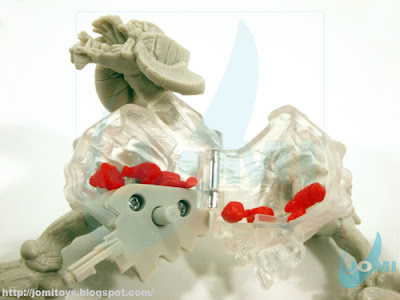 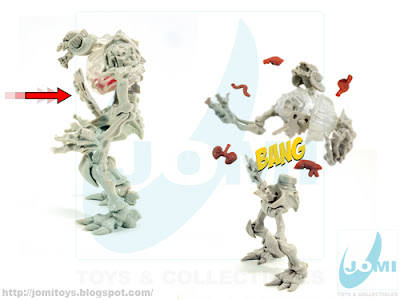 The cool spring action mechanism. When hit on its chest, top part comes off, chest opens and guts fly away. 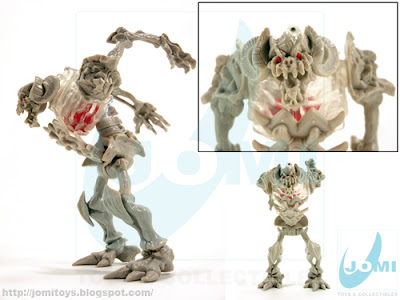 The Mutant Warrior can also function as a regular action figure. And one of the best sculpts too. But then again, 2Ks are pretty much all cool. 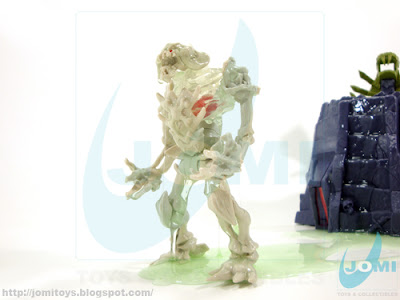 On top of it (literally) it can look like this! 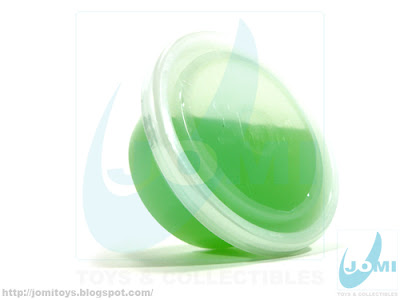 The included Slime. You better not use it around carpets, although it´s easy to clean. Just not possible to reuse. For use with most of the Masters of the Universe figures. Keep the fur ones at bay! Slime compound may stain fabrics and other surfaces. Avoid contact with carpet, clothing, walls and furniture. This product may stain or stick to some surfaces. Protect play area before use. All said! 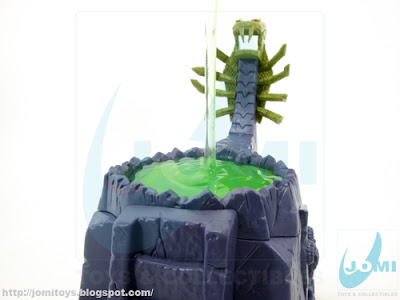 Filling the Pit, preparing the trap. 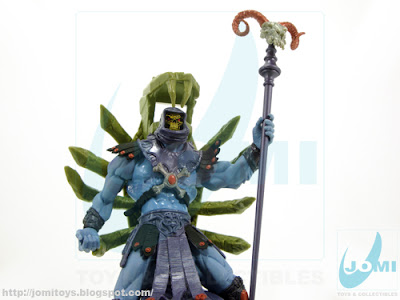 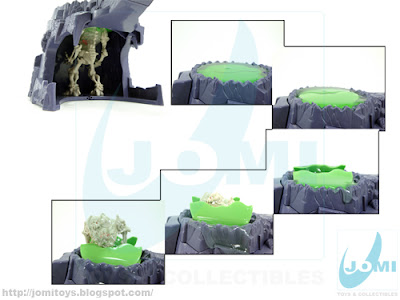 Fit the figure inside the pit and slowly push it through the trapdoor. Slime goes over, inside and over the monster and Pit thus giving the whole scene a scary and cool look! 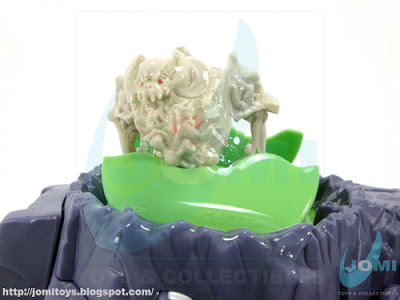 He-Man watch out, it´s coming to get you! 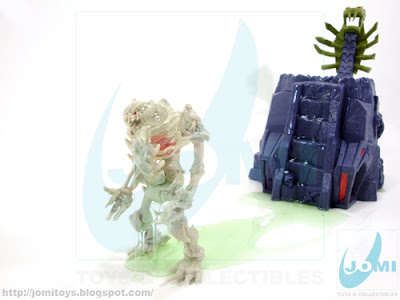 The whole playset is a neat combination of modern straight lines and classic twists and turns of Mattel´s vintage classic molds. Snakes and skulls, that is. 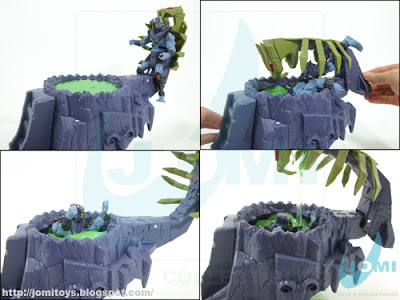 Speaking of which, skull-face himself can fall victim to his own scheme and even after falling, when coming back topside can have Slime throw him back down. All He-Man´s doing for sure...

A bright look at the 80s and adaptation to modern times of the (then) new series. A solid set. Well, most of it!