Kidnapped by Russian agents, Indy is taken to Hanger 51, the US Government´s top-secret military installation, where he is forced to help search for a mysterious artifact that can unleash incredible psychic powers. 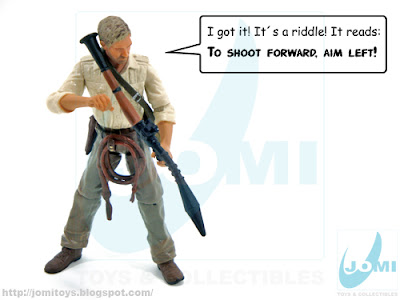 But using his whip and his wits, Indy fights his way to freedom, determined too keep the mysterious artifact out of soviet hands. 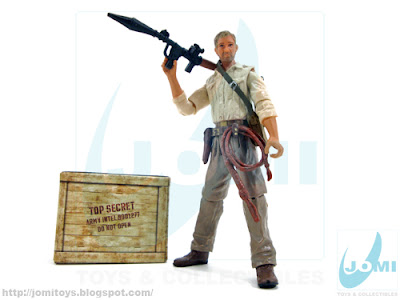 Without his hat, Indy´s head mold is from Kingdom of the Crystal Skull is considered to be the most accurate Harrison Ford´s copy. 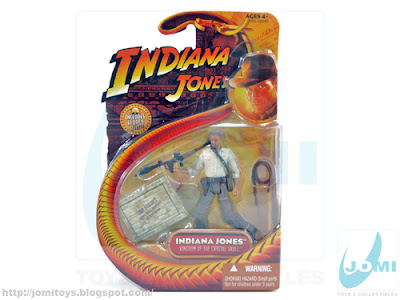 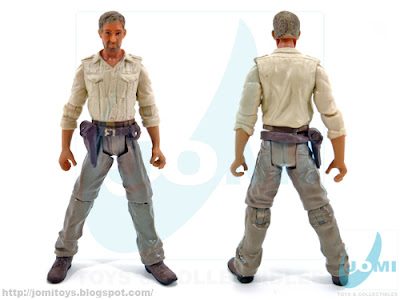 Figure: Indiana Jones. While having an interesting look, and in fact the most overall likeness of Ford, the articulation was poor. It´s very hard to get Indy to perform most poses. 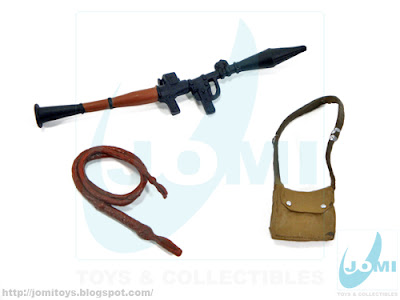 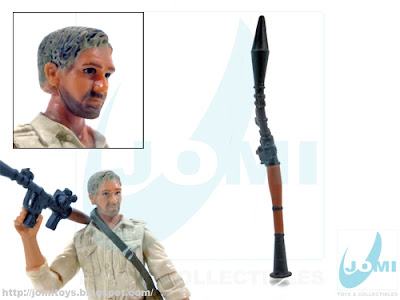 For a Ford figure, and from these angles, looks a bit like Ralph Fiennes. Included RPG (rocket propelled grenade) has a nice look, but the used plastic... well, makes it look like a snake. This was the problem (and still is) with Hasbro´s recent figure sets. Nice figures, nice concepts, but weapons and accessories should be made from hard plastic like they used to. 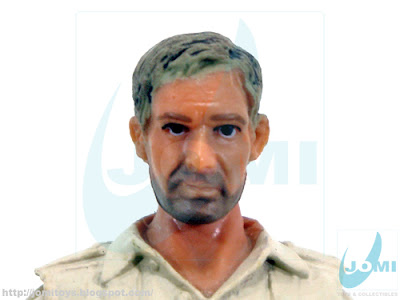 This is more like it! You can clearly see Harrison Ford here... and his typical expression. Nice work. Not perfect, but close enough to recognize. 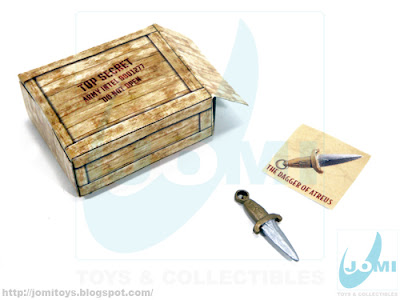 And of course, the Hidden Relic, The Dagger od Atreus.