The second most recognizable character from the Rambo universe is Colonel Trautman. Rambo´s father figure and best friend, arrives as an action figure with a combat-ready look. 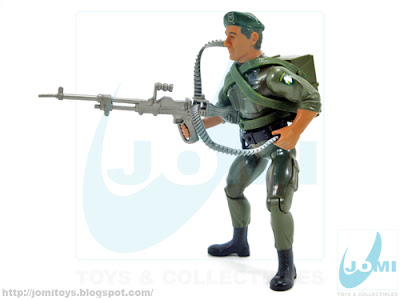 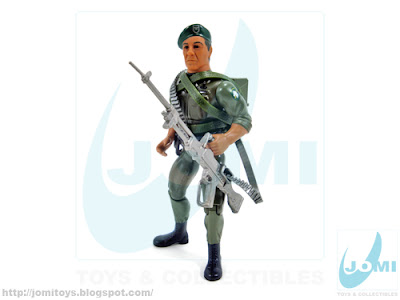 6 1/2"figure, with acceptable articulation, especially for its time... and size. 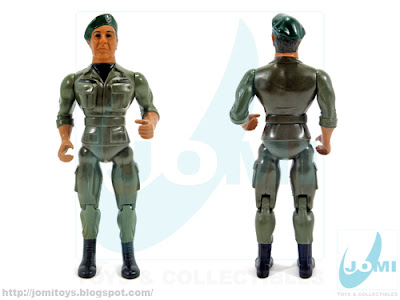 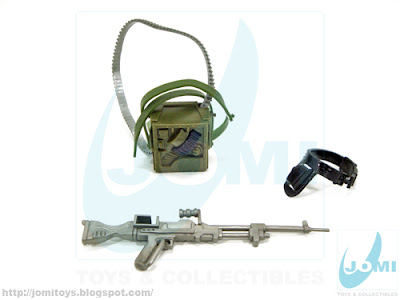 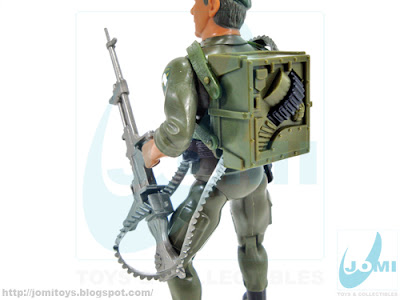 The backpack was a cool gadget. The ammo belt could be rotated by moving the black wheel button. It also produced a sound supposedly similar to machine gun fire. 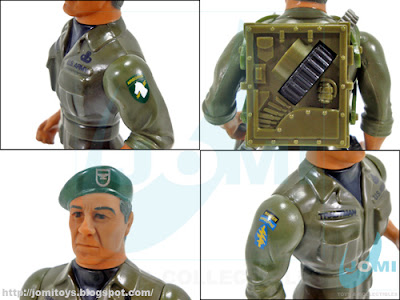