The Galaxy Warriors line was one of quite a few "knock-off" MOTU set of figures. However, a good one with decent quality figures and great weapons that would fit (and often did on mine) the "He-Man" figures. 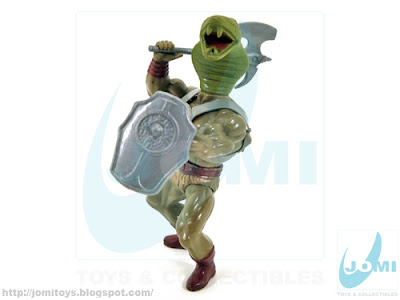 And Sahak, was probably my very favorite Galaxy Warrior. His snakeman head, the color and the fact it could grasp a weapon a lot better than most Mattel´s heroes and villains. 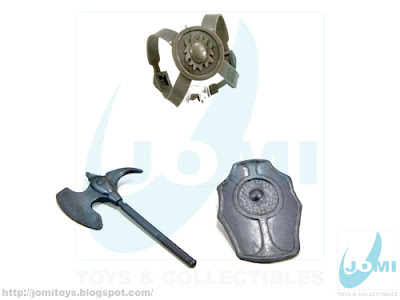 Included accessories. While the chest piece/ armor was pretty much the same for all, as was the shield, the weapon could vary. This was the original axe that came with mine but many came with a sort of "skeggox" axe. 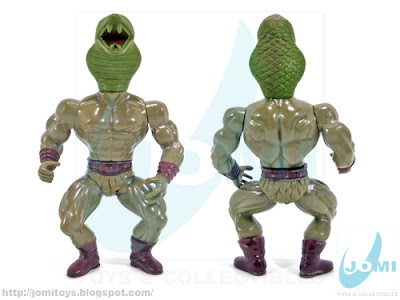 Figure: Sahak. A wonderful figure for its (1980s) time. Movable arms, head, waist and legs. It could easily blend in MOTU´s villains and it did for all my childhood. Actually, I traded  my original vintage Stratos for this one back then. And today, it´s a lot harder to get a complete Sahak than a Stratos, and these Galaxy Warriors were about 1/3 to 1/4 the price. 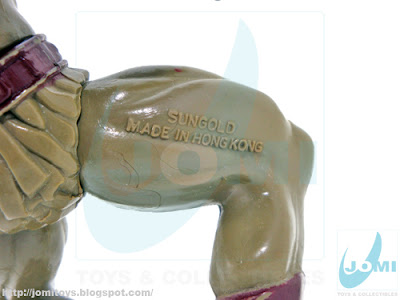 A Sungold production obviously. Not to be confused with Sewco, the creators of the very similar Galaxy Fighters. Both had moveable legs supported by a fragile rubber band that would, in time, turn your figure into a breakdancer. 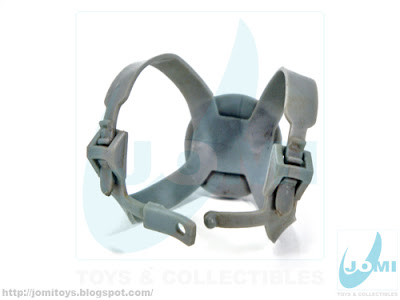 The chest armor was basically a MOTU direct engineering copy, per se. But, all is fair when patents only cover figures and names... 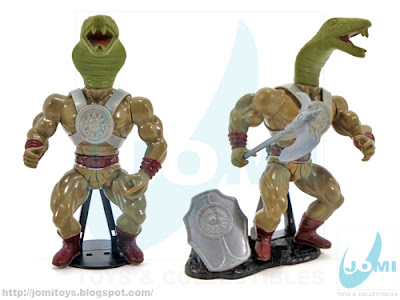 As I was saying, it was very hard to keep these figures standing... still. They´d keep falling and needing a quick solution for the problem. Chap Mei´s stands are perfect for these. And for Masters of the Universe for that matter. 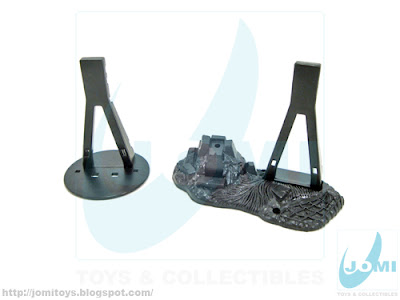 So if you collect CM figures for whatever purpose, don´t throw those great quality stands away. Take a transparent rubber band (that also, generally, come with CM sets) and watch as your vintage figures stands strong. Also, if you managed to keep the older stands, you can even make them stand in a motion-like position.