Rambo: The Force of Freedom was a 1985 figure series based on... you guess it, Rambo. After First Blood I and II, this line hit the shelves and on April 14, 1986, the cartoon world! 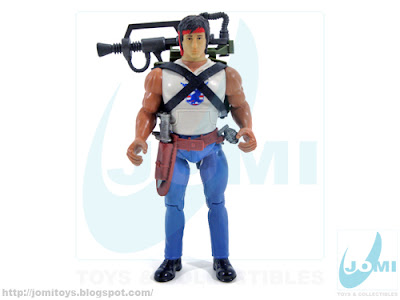 One of the best intros from 80s cartoons too! Anywhere and everywhere the S.A.V.A.G.E. forces of General Warhawk threaten the peace-loving people of the world, there’s only one man to call... ...get me... RAMBO! 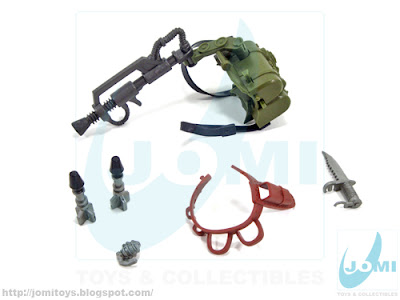 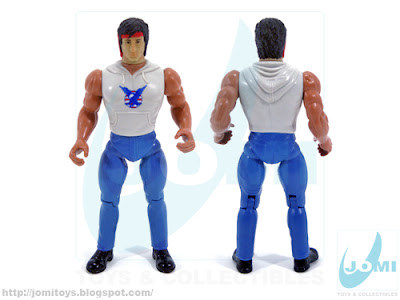 A very decent Sly toy, with cartoonish colors, this 7" figure had the muscle to punch through the market. 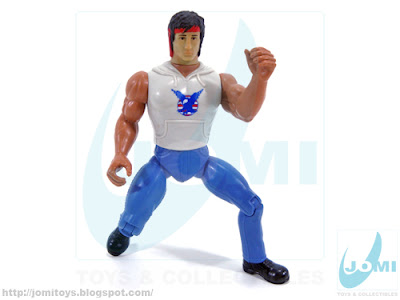 However, the lack or articulation which was very good from the -non movable- waist down, left this line behind. Coleco could and should have done better. 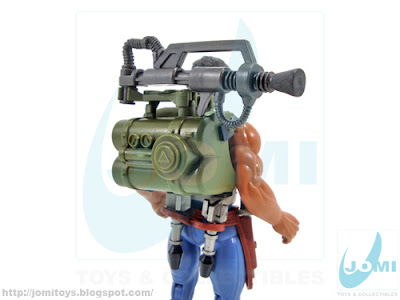 A very cool detail was the motorized backpack.


The grenade launcher could be attached to a break just waiting to be released and unleash fire power.


Pressing the button would bring the weapon for the figure to grasp. Well, it needed a little help, but still great! 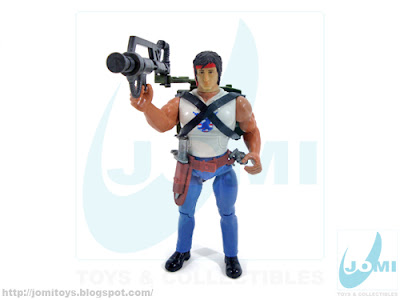 Rambo would then be ready to fire the 2 rockets (they wouldn´t actually fit or fire from the laucher). 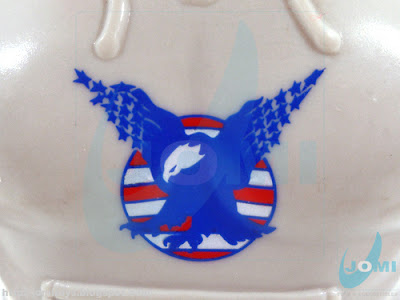 Credit must be given to the creators of Force of Freedom insignia. As G.I.Joe-ish as it could be, and one should understand Rambo is one of the greatest action heroes ever (and Sly was even on Hasbro´s plans to enter the G.I.Joe team).