The L.A.S.E.R. Mech is a beauty. Features: Articulated legs for walking, spinning rotor blade weapon and light and sound action. 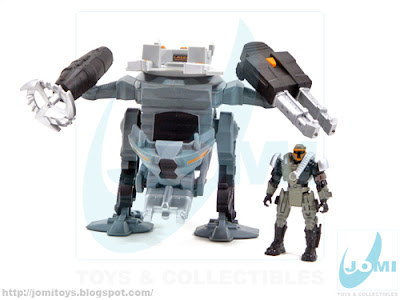 A pilotable version of Orion´s ED209! 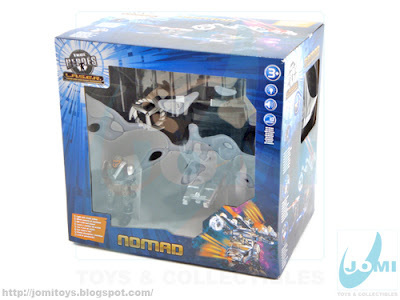 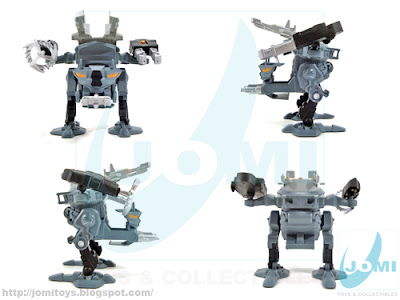 Using a not so rigid plastic, this mech becomes almost indestructible. With an amazing color (and color scheme) and heavy weapons, this baby is not a toy... well, it actually is. 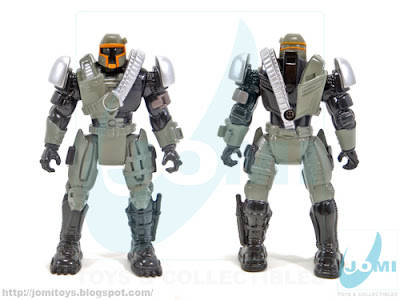 
Nomad holds 3 figures. Pilot, gunner and one in the piggyback position. 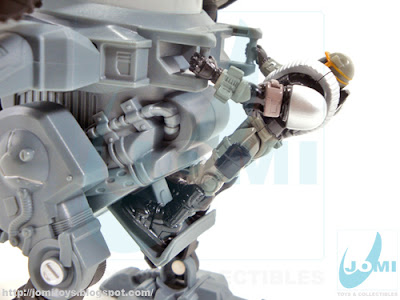 Not the best angle to ride if they decide to retreat! However, a machine such as this one probably takes care of business as it shows. As you can see, there´s some sort of exhaust pipe mold near the figure´s station. I wonder how that guy would sustain the heat... 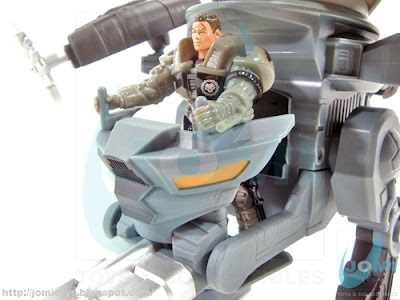 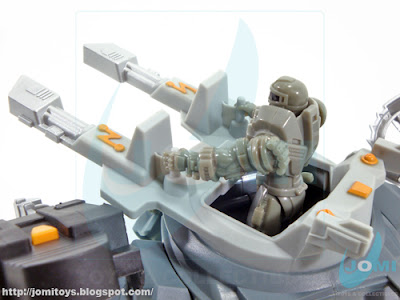 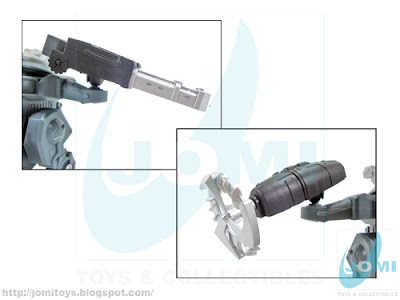 Mounted on ball-jointed articulations, these weapons are extremely effective... 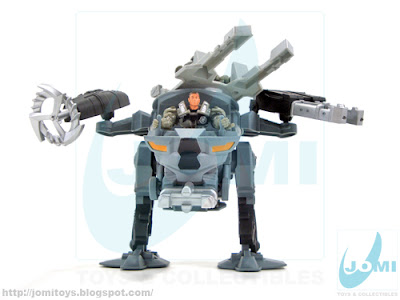 Now THIS is a scary uniform!