The L.A.S.E.R. troop transport. Looking like a scratched Aliens vehicle, is capable of taking up to 10 rangers to battle! 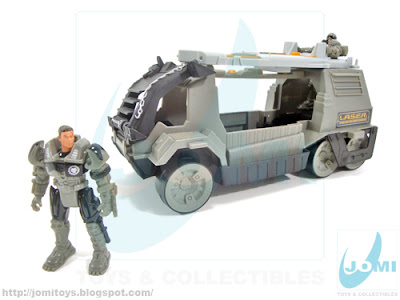 Comes with 2 figures, pilot and gunner. 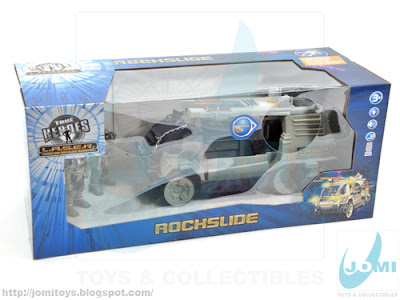 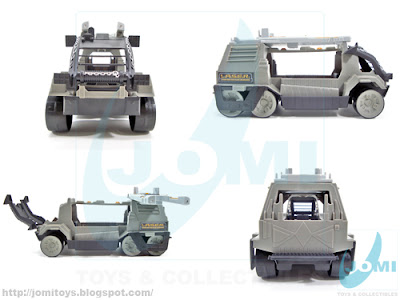 Simple and curious. This vehicle will make it to customizers work tables, I´m sure of it. From a basic change in stickers to deeper modifications, existing as a 1:18 vehicle, is always a gigantic advantage. 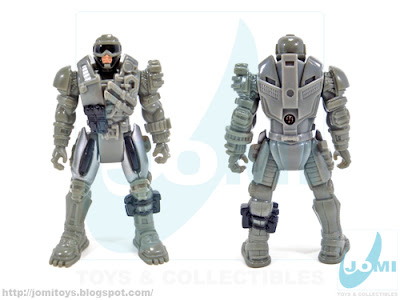 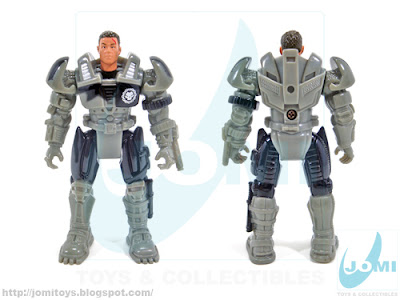 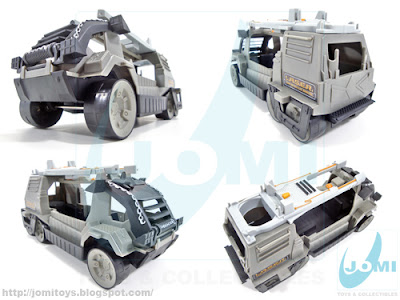 When you first look at Rockslide, it may look just a little more than an armored and modified firetruck. But a deeper look will probably change your mind. Especially if you´re the customizing type. From riot control to battle, this armored car shows real promise. The colors, the lines, the intelligent simplicity... 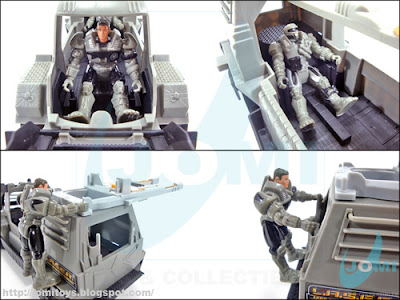 Iy has lots of places for L.A.S.E.R. figures. The vehicle cannon has 2 control modes. Turret gunner and passenger. I figure if the gunner is wounded, another Ranger can man the gun without having to step in. How cool is that? 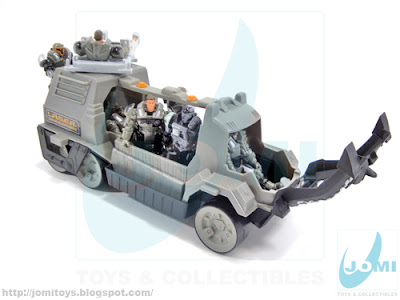 Inside, 7 figures can be transported: Driver, gunner and 5 more. Outside, 3 more. Plus, there are 2 slots for weapons, which by the way, are not included. Strange thing to (not) do these days. 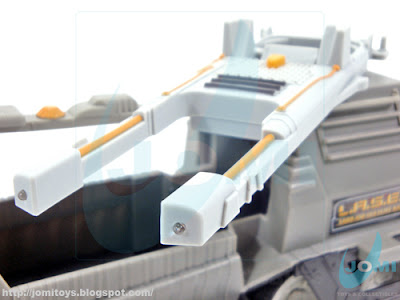 Lights and sounds 360º rotating double cannon. The sounds are the same as Nomad´s. And turret can be removed. 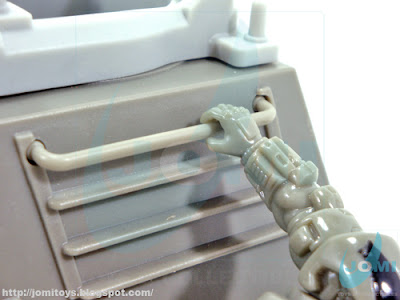 If you were looking at the pictures and paying any attention, you may have thought "10 figures? Where´s the place for those extra 2?". Well, there are a couple of holding bars in this armored car. One on each side. And while you can´t move the figure´s arm to make it look cool since articulation is poor, any other 1:18 figure with a swivel arm stands nicely on the side of Rockslide. Anyway, Rangers can hold it anyway. 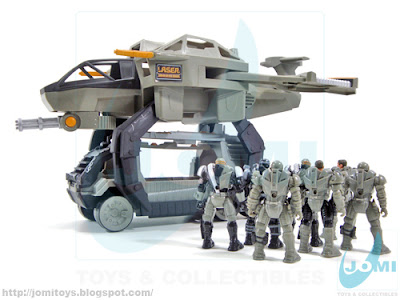 Waiting to be lifted! Storm (that big insect-looking craft) can transport Rockslide. One of the cool details of this L.A.S.E.R. line.