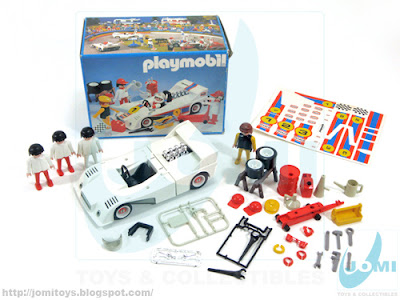 Absolutely complete (a jerrycan is missing in the picture, but included - there were 2). 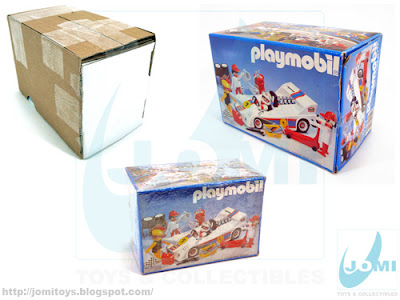 The box was very punched in, so I used a little trick which brought it back to life to a considerably good look. Using thin, but hard cardboard, I built a box to go in and wrapped it in cellophane. The result is shown in the first picture. 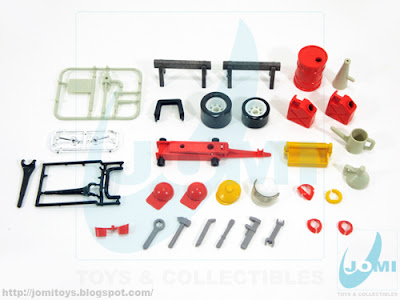 - All - included accessories. Some of them never removed from their plastic trees! 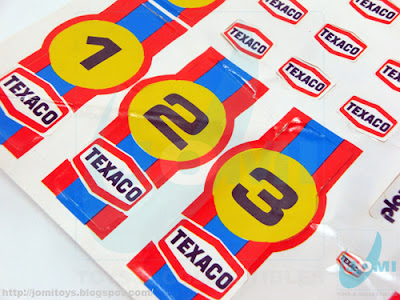 Labels and instructions (on the back of the label sheet) are also present. These are old and probably won´t be a good idea to try and apply them... 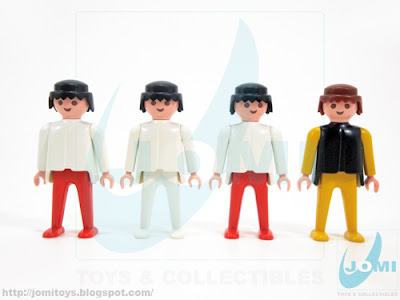 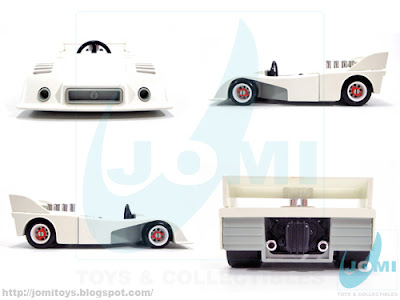 Main body of Le Mans car. One of my absolute favorites from Playmobil themes. The original, with chrome parts. (At least) too more variants were made after this one, but neither of them came close to this beauty. 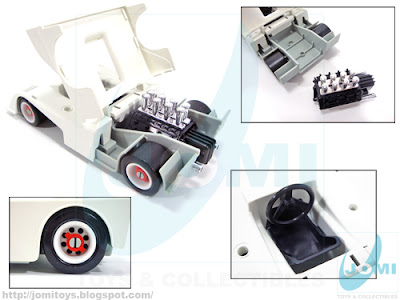 Removable engine and great details of a Playmobil classic! 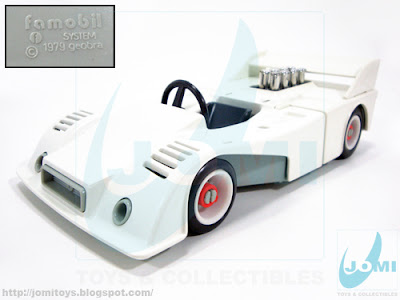 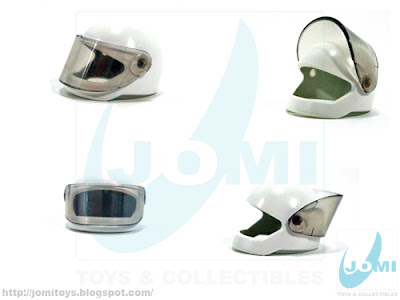 From the several noteworthy details of this set, the pilot´s helmet! One my childhood favourite accessories! Too bad it won´t hold itself up. 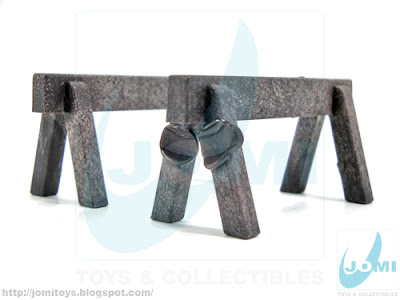 I wonder why some of Playmobil´s parts once in a while showed up like this. As someone had dropped a hot ring over the parts. Sure, we could write Playmobil and ask a new one and they would send, now... well, now there are a couple other options. However, all these parts are Near Mint to MINT! 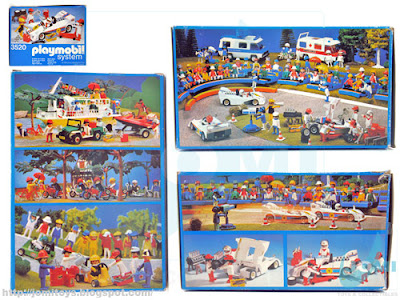