"Slave I was a modified prototype Firespray-31-class patrol and attack craft used by famed bounty huntersJango Fett and his cloned "son", Boba Fett. It was greatly modified with advanced weapons systems by both Fetts during their respective use". in http://starwars.wikia.com
One of the most cherished vehicles in Star Wars universe, this ship became famous from the very first appearance on screen during Star Wars: Episode V - The Empire Strikes Back 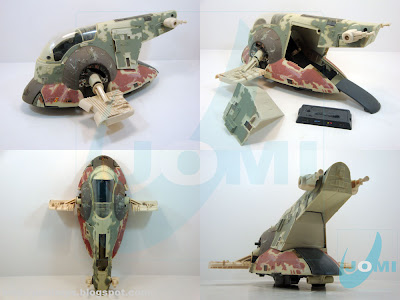 Menacing look, and a very cool toy. 20% to 30% smaller than the new release, it may be out-of-date, but to me, and many other vintage toy admirers, you can´t recreate and compare. This is a sole survivor! 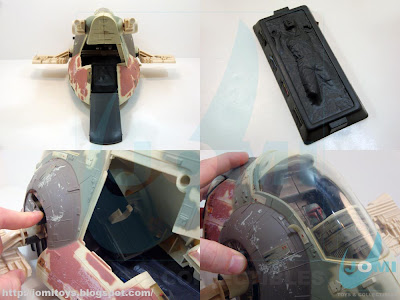 Long before Jango, the only Fett in town, was Boba. The lone bounty hunter and the most feared in the entire galaxy. And THIS is his ship, Slave I.