A nice and balanced set with a Bad Guyz version of SWAT Police Though Vehicle and the cool Pumpkinhead Scot figure. 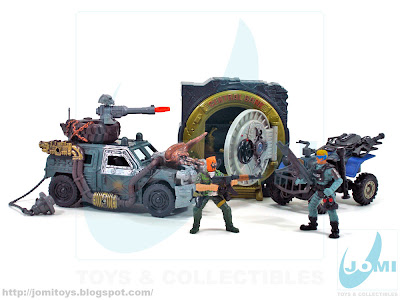 Robbing a bank becomes easy with a brutal vehicle and a Police ATV as a challenge! 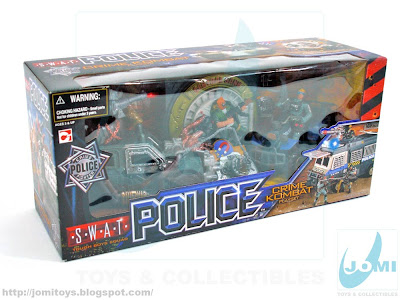 MIB, this Crime Kombat playset was one of the pieces missing in one of the best Chap Mei Police lines. 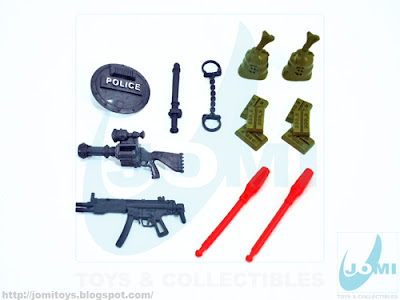 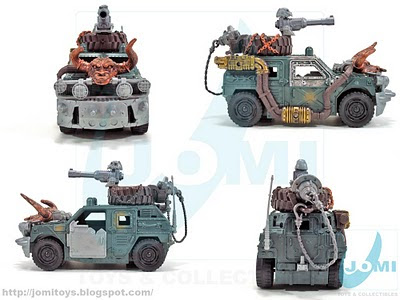 A captured and modified SWAT Though Vehicle. 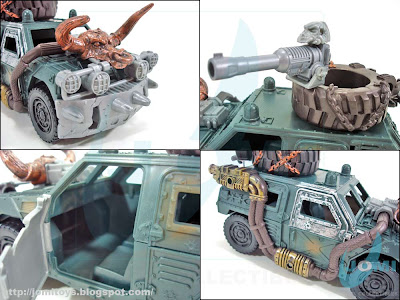 Featuring a spring-loaded cannon and a lot of great sculpted parts. The cannon trigger in the shape of a skull is a nice detail. 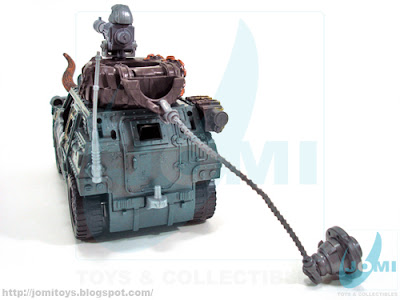 To open the Bank´s vault, it uses a magnet attached to a chain and hook which can be connected to the car. 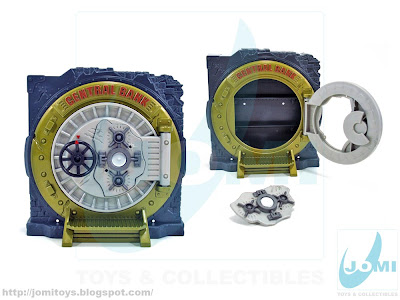 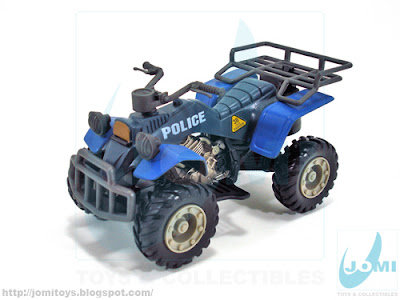 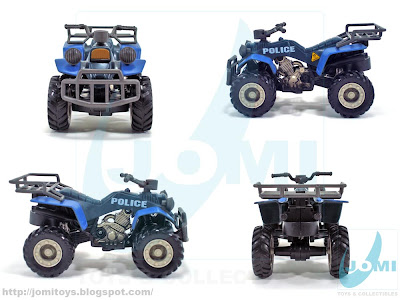 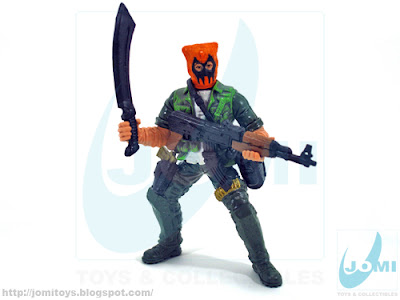 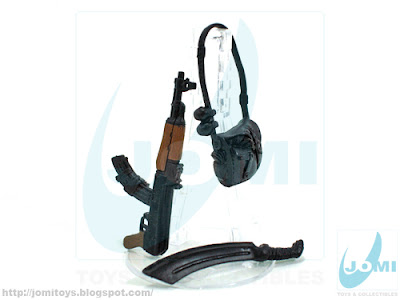 Comes with 3 distinctive accessories (plus a holstered 9mm). 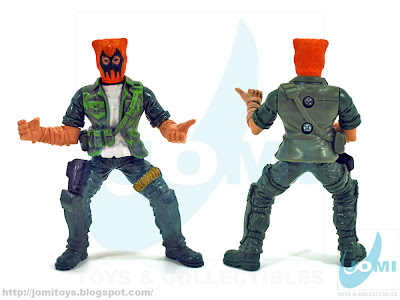 Right arm has an extra articulation for horizontal movement. A rare feature in past "vintage" CM figures. 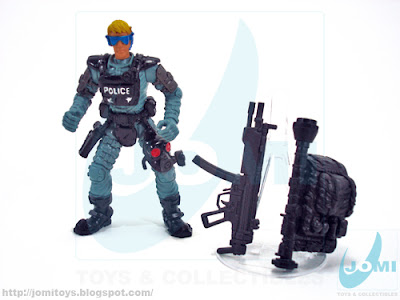 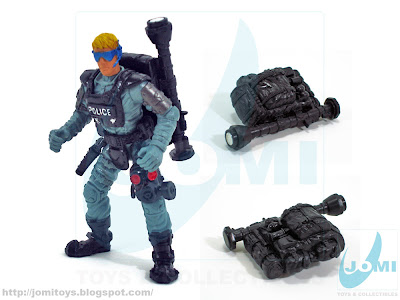 In this set, comes with a backback with a battering ram with a magnet. Works with Bad Guyz magnet. Probably to avoid bank robbery. Maybe. 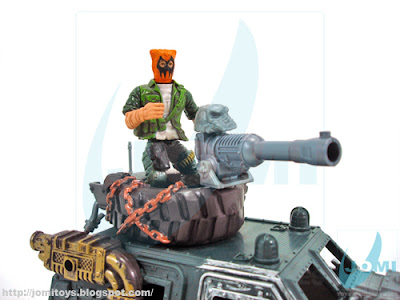 It takes some work to get this guy there (open legs), but looks great.