Another novelty for series 7 is the Sand Wasp, a combat helicopter. Chap Mei always had plenty of birds coming out and it´s only natural that a new series comes with a new "helo". 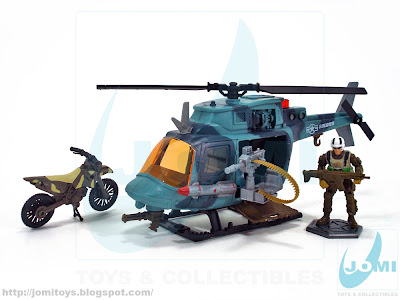 Very nice colors, a cool yellow windshield, 2 buttons which have no function (in this SFVII version) and a design comeback to the very first CM transport and attack helicopter to hold that doorgun. 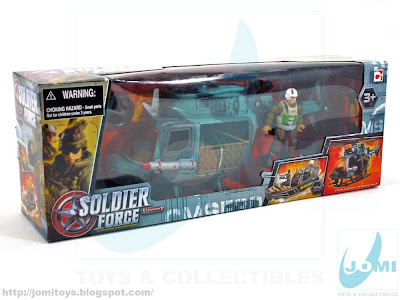 It´s always a pleasure to see that CM logo up there. I´m sure many collectors feared they were through, but they´re far from KO. 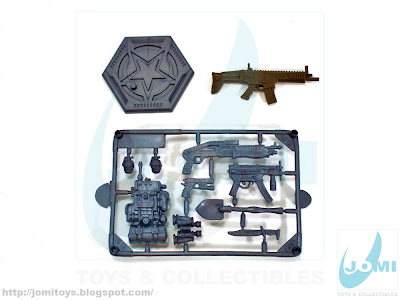 Included accessories for this set. 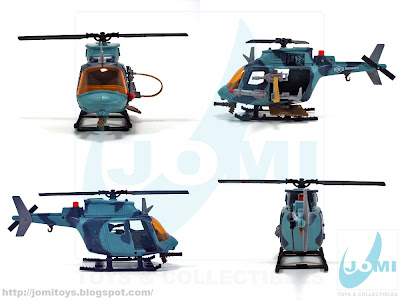 Sand Wasp Helicopter. Based on the lines of the Bell OH-58 Kiowa, the inevitable chin gun is there to ruin the observation helicopter look. But not problem, still good. 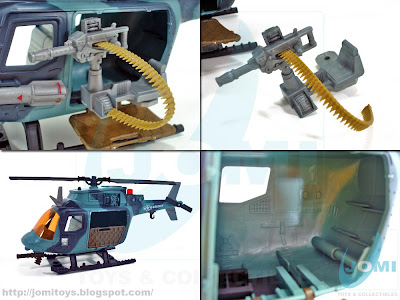 A tried concept, the folding doorgun which is actually removable. So is that missile-like thing. The interior has a couple of nice surprises such as a sculpted headset. A lot of room for whatever ideas one might have. 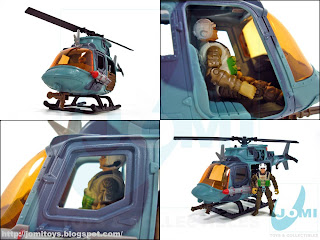 If this could be a 2-man cockpit is still unsure. If you try Hasbro´s G.I.Joe ARAH figures, you may get them to stand there with no problem. Maybe even the post 25th era ones too. But Chap Mei figures? No, you get one with plenty of room to spare. But not enough for 2. 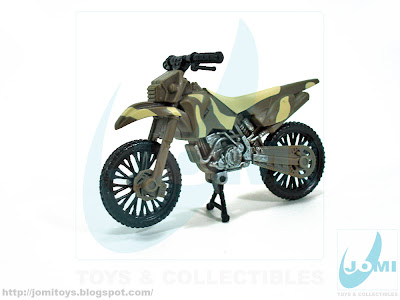 This set also comes with 1 camouflaged offroad bike (v.4). Solid and to scale. 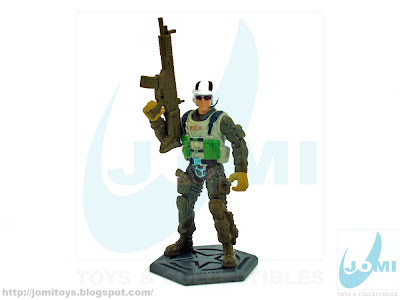 
With this new articulation, they can finally ride like people! Well, almost.