One of the first sightings of this new series 7 Chap Mei theme was the Bombuster, a Hummer for EOD detail. 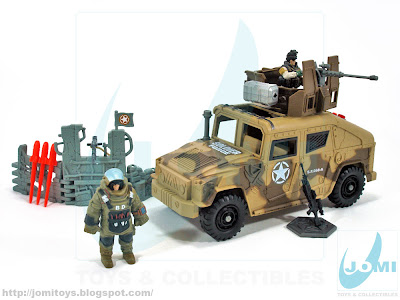 Also including the new 3-piece barricade and a new figure, captures the feel of the real vehicles. Just about. 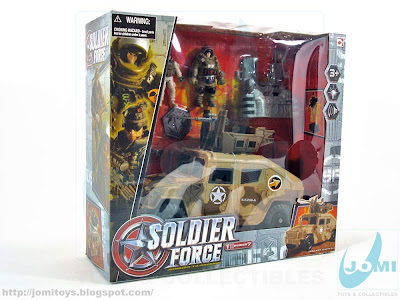 If you´re a Chap Mei collector, and treasure their boxes and original graphics (and some eventual paint scheme differences), the price is always higher than future (or already present) True Heroes counterparts. This goes for US$39 (€29.99). 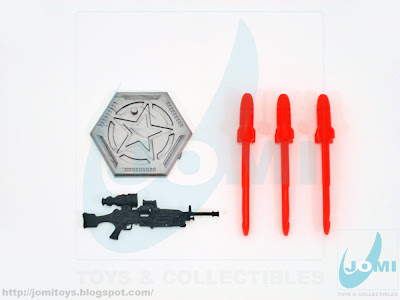 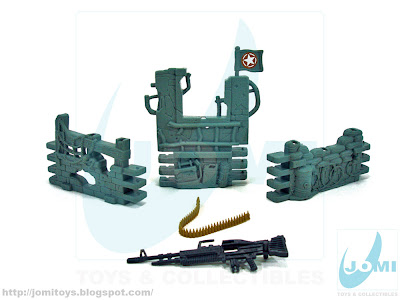 Barricade. With 6 holes/positions for the machine gun. 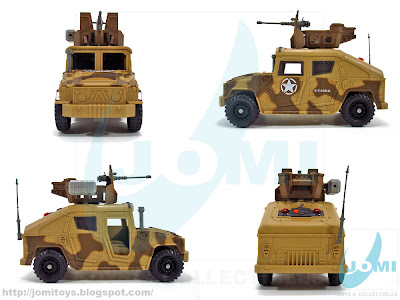 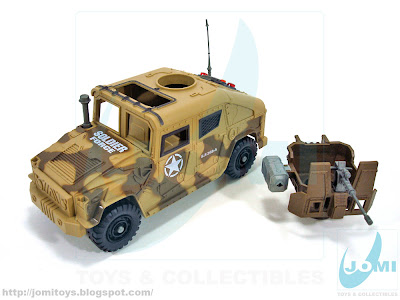 Removable turret. Although meant for 1, and with a foot peg inside, it can hold 2 smaller figures (hint). But the interior would have to be adapted. 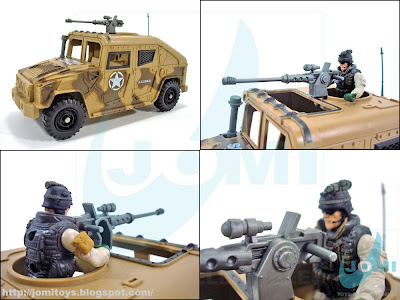 A great thing about removing the turret is that it comes with a hole to fit the turret´s gun... without using the turret. Makes it a bit more balanced, I´d say. A mere opinion. Also, the position comes prepared for it, since the inside includes a peg too. 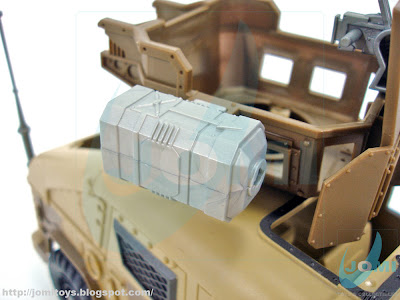 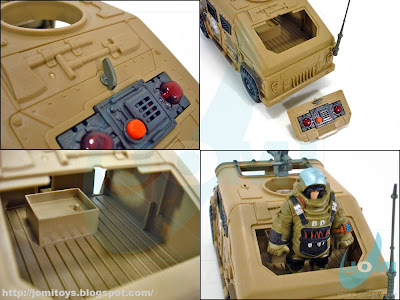 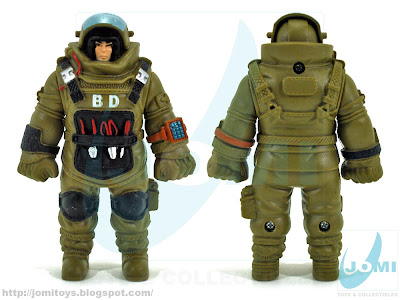 Figure: "Captain A. Smith". EOD. If you were wondering about its size, be sure it´s big. And probably useless. Looks like Ram-Man from the MOTU line. 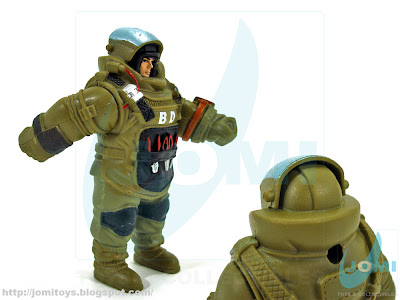 With an amazing 2 points of articulation, its good to collect and stand on a shelf. A promising concept that would be put to a better use if it was some sort of suit. 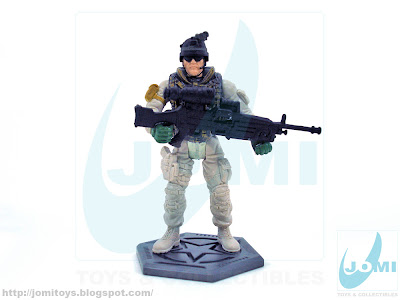 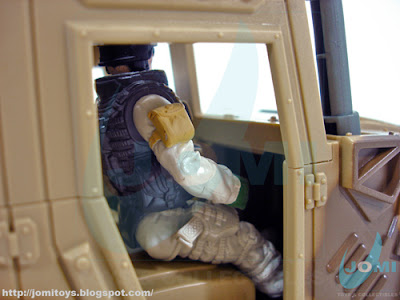 Figures can access the Hummer through an invisible door (see the hinges?). Or the open roof.