Slowly making a name for themselves, like many Asian companies, Chap Mei reinvented famous silhouettes. Back in 1995, a Robocop-like was part of "their" Star Warrior series. 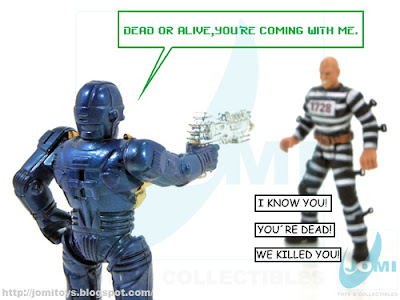 If I wrote their between commas, that´s because CM, Chap Mei was nowhere to be found. However, they most certainly had their mark in these figures, directly or indirectly. 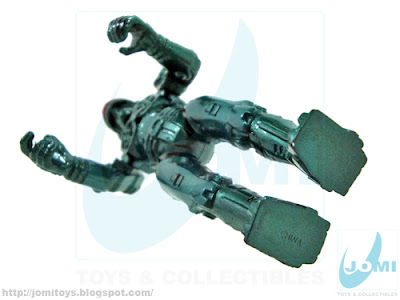 The only found brand in these figures. 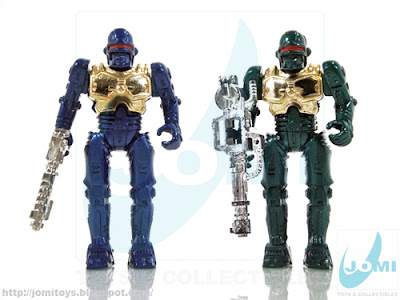 Each figure was probably equipped with more than just one weapon, but this was how I got them. If Ninja Warriors serves as a reference, then I´d say 2 or 3 are missing. Bow and claws, typically part of such sets. 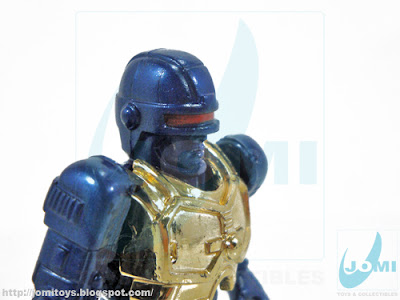 The Robocop look is undisguised. 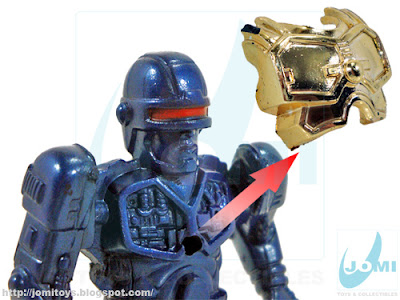 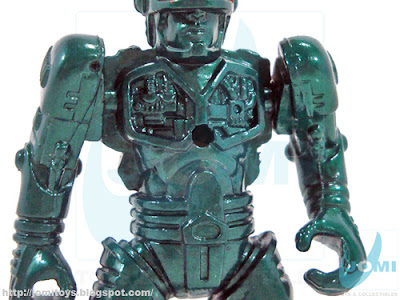 Beautiful colors on both green and blue (unnamed) figures. 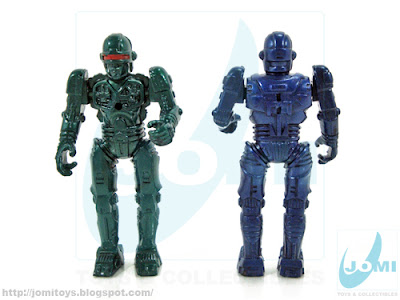 A very basic figure, served like so many others to open the way to what we know Chap Mei does today. 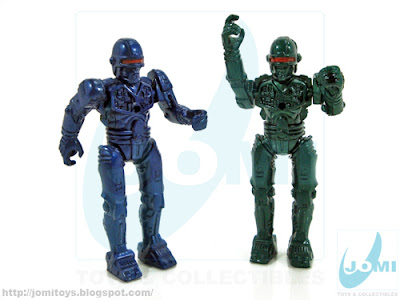 2 articulation points, the arms. With little effort they actually come off. These are cool figures, especially for Chap Mei collectors. For the rest, probably nice enough to serve as sentinels...