Over 100 years ago in the early era of Robots, the legendary hero Eon made ​​use of the tremendous power of the Iron Fist to defeat the unstoppable General. Now the evil has returned and the legend persists that the fist of Eon exists somewhere. 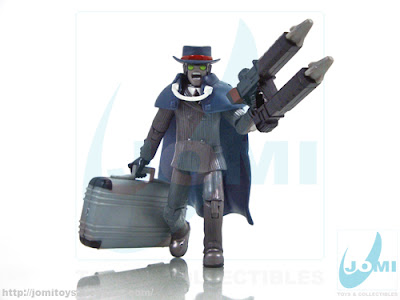 Armed to its teeth with "his" missile launcher cannon, SteelJaw Jack! 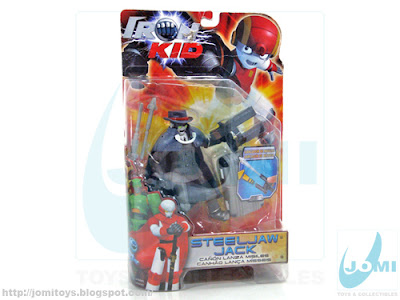 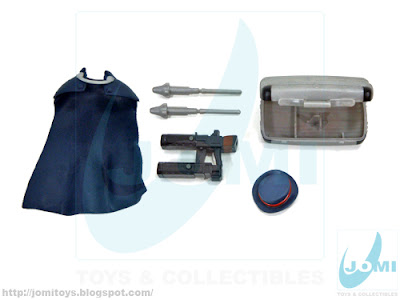 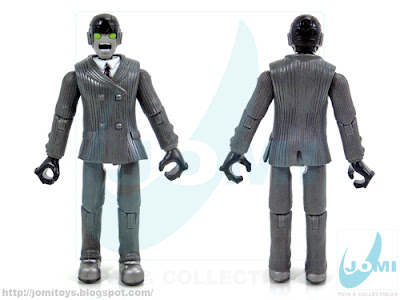 Figure: "SteelJaw Jack". A robot created by Doctor Chen who currently sits atop the government's most wanted list as a hired mercenary. He is an accomplished fighter and has no match in the government forces. 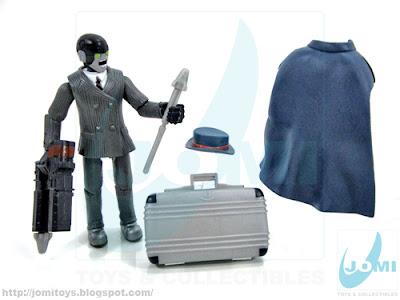 Though he overpowered Marty when he was sent to bring Ally back to the Iron Tower, SteelJaw Jack is defeated by the boy in their rematch. Drives a silver convertible which resembles an Aston Martin. 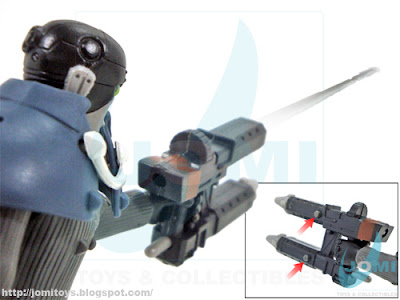 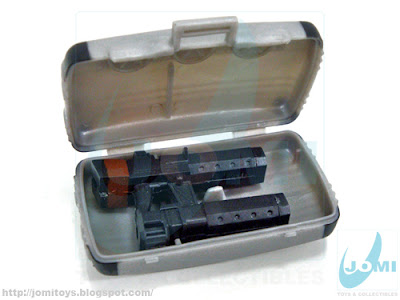 Cannon (and ammo) fits inside case. 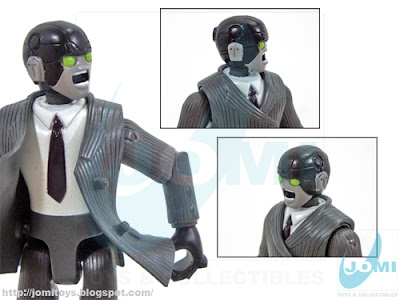 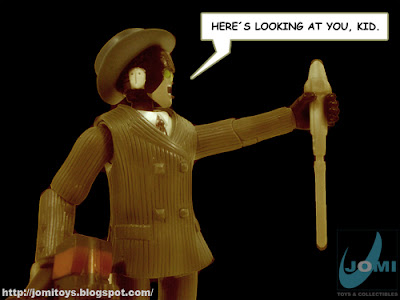