The 2002 Star Wars Return of the Jedi Imperial Shuttle was one of the most eagerly expected vehicles. A large... wait, LARGE vehicle with a great repaint and no electronics. 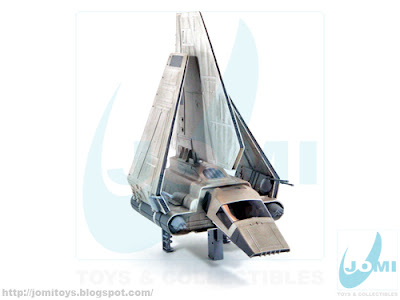 The Imperial Shuttle is a Lamda-class shuttle used by the Imperial fleet to transport cargo and passengers. Many government officials prefer them because of their combat-worthy construction and large interior space. 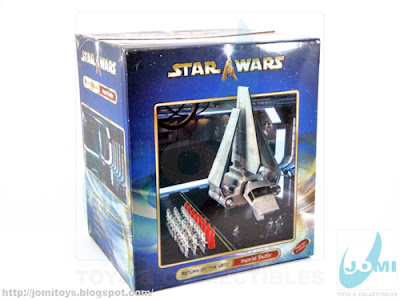 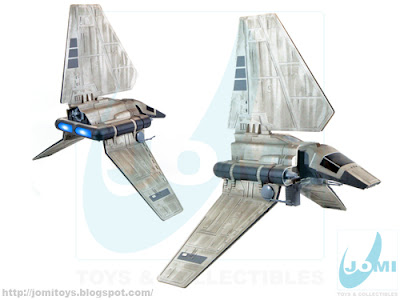 Absolutely beautiful ship with stunning similarities to the models used for the movies. 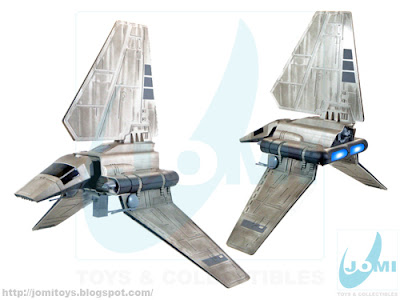 It is usually too big to be displayed with wings down, but if one can manage it, it makes an even greater impression. 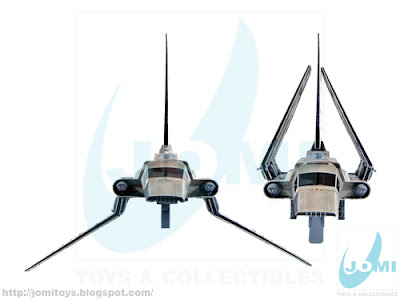 The shuttles are outfitted with weapons, which allow them to travel without escort, thus preventing Rebels from determining whether a shuttle is transporting mere cargo or import officials. 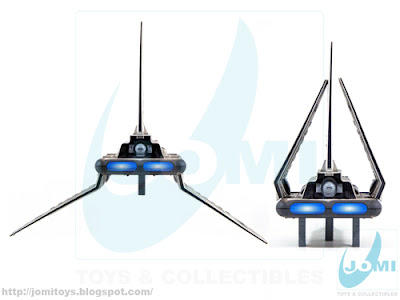 Equipped with hyperdrives, Lamdba shuttles are capable of transporting passengers or materials between different fleets and star systems. 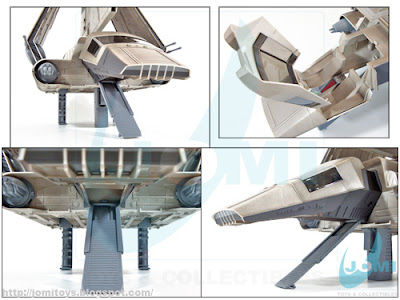 Canopy opens and has room for 2 action figures. Ramp folds down. 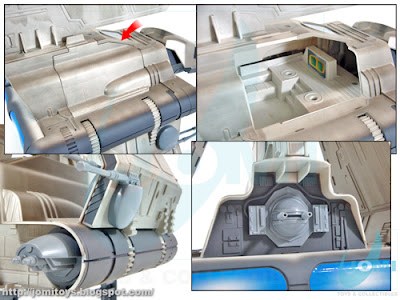 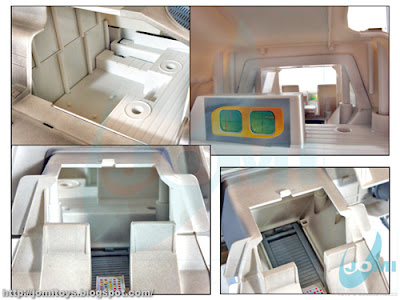 One can fit a lot of figures here! Rebels or Imperials! 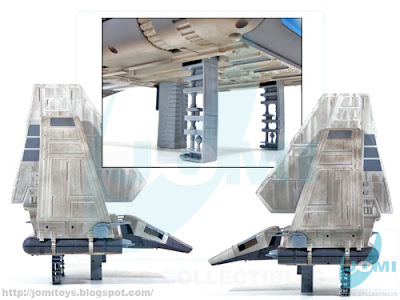 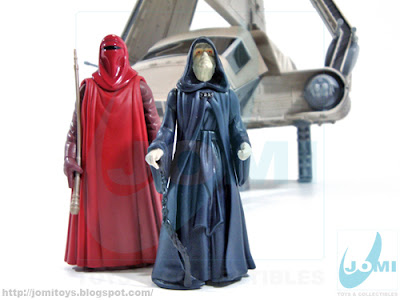 Figures are not included in this issue, but this shot had to be taken!!!