A deluxe set from Raiders of the Lost Ark wave, features one of the recognizable movie scenes including a "snap shut" trap. 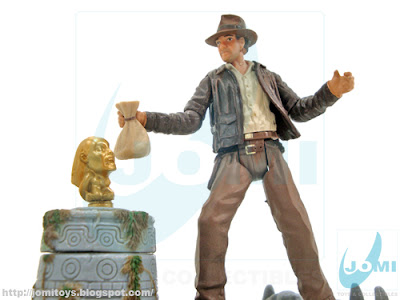 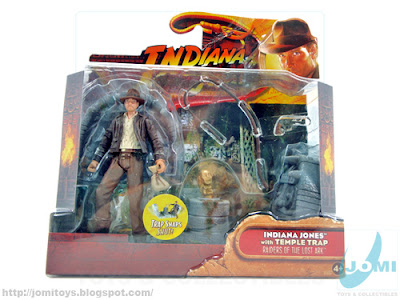 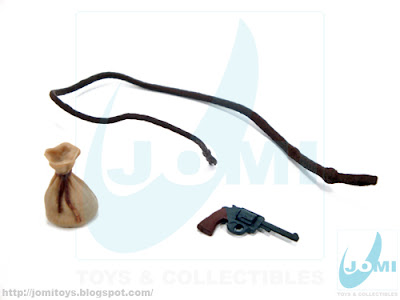 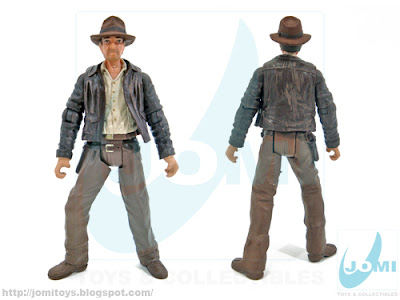 Figure: Indiana Jones. A poorly articulated figure. No wrist rotation, no knee bending. A lot like the post 95 Star Wars figures from Hasbro. 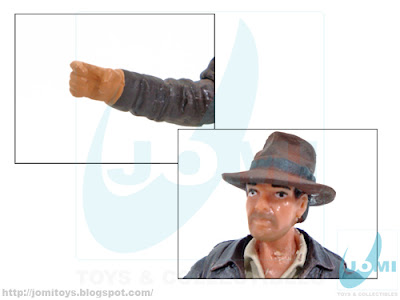 Awful detail when comparing to other Indy figures from the very same era. Check out Indy´s neck fresh out of the blister! 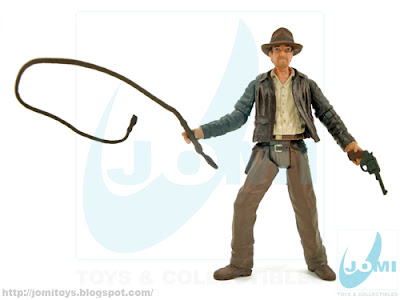 When accessorized it holds its own... just. 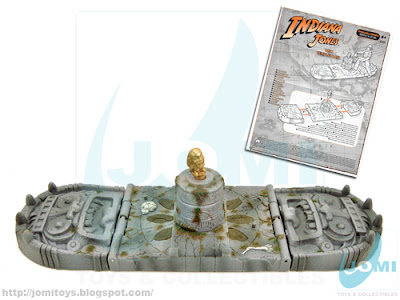 The small diorama is pretty cool, though. Snaps shut if "Indy" doesn´t solve the riddle. "Can Indy rescue the Golden Idol or will he trigger the deadly trap?" 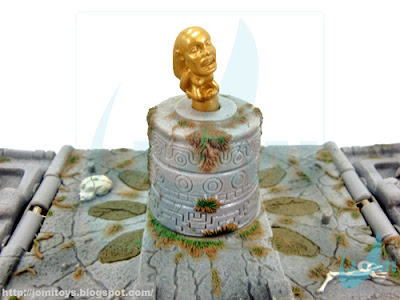 To "solve" it, one must rotate the base so that the Golden Idol pops up. 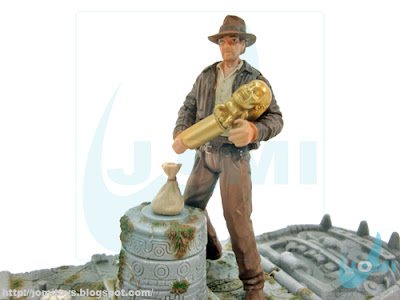 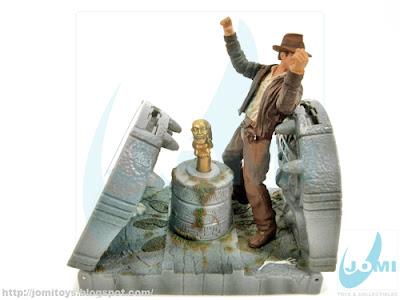 Not!
Status: Available for trade