From the legendary Power Rangers series, comes Nick, the Red Ranger in "Legendary Mode" with his Mystic Force Fighters gloves... 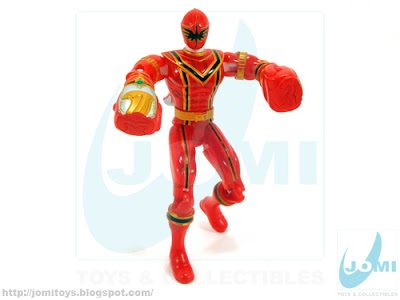 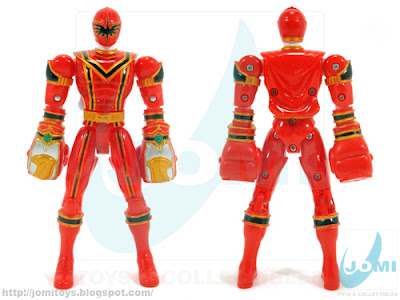 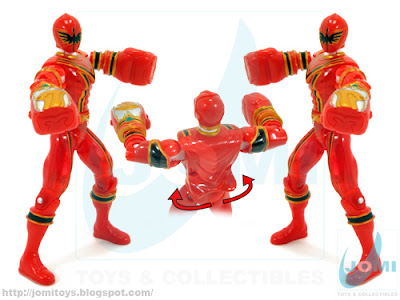 The cape is molded to the figure and the tips act as triggers to activate the boxing moves. While one hand throws a punch, the other recoils in a very cool and smooth way. 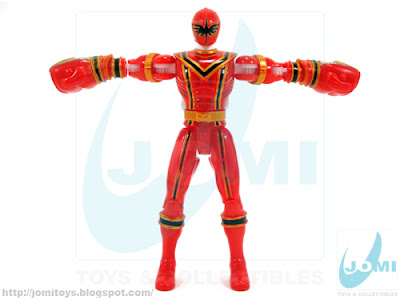 That is possible because this figure has 4 crank wheel sets in its arms.  Figure is 6.4" tall. Rotating 360º wrists allow boxing moves to look "real". 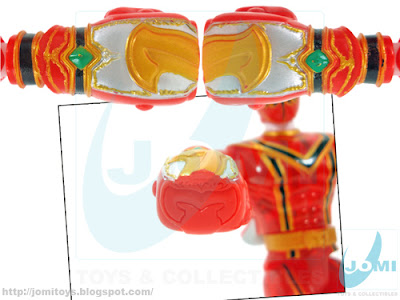 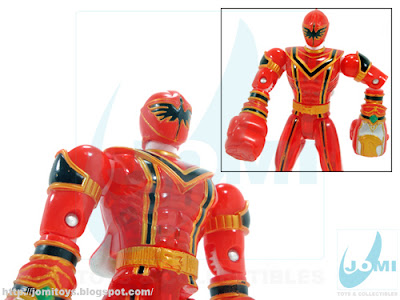 This figure was an "exclusive extra" mail-away offer for those who bought 2 jungle fury DVDs from Disney, Although I´m not sure if it was ever sold separately, it most probably was since the dvd sets are from 2007/2008 and the figure is dated 2005. The figure itself has no relation to the Jungle Fury series, and many fans at the time may have questioned the reasons for such a uncontextualized offer.