It finally landed here. One of the few Chap Mei vintage pieces missing around these parts: The light green/ tiger camo helicopter from the Dino Quest line. 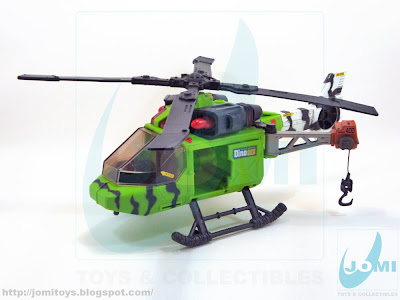 2001 still seems recent, but it has been so long and so many Chap Mei vehicles have been created since then. Dino Quest became Dino Valley and it´s already going towards series IV. 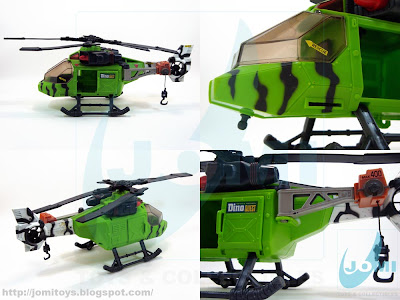 In a fairly decent condition, this helicopter now seems more useful when compared to the Soldier Force version. It can either serve G.I.Joe or Cobra´s Dreadnoks for its colors.This Dino version however, comes stripped of the searchlight, side missile launcher and gatling gun. 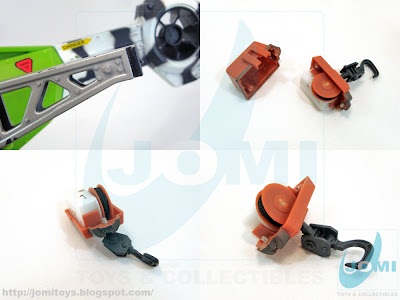 A small tutorial on how to remove and fix your hook when it gets stuck. Don´t pull it out by force. Get a screwdriver, open the case and it will come off smoothly. Close it and you´re back in the pulling up figures and material business again. 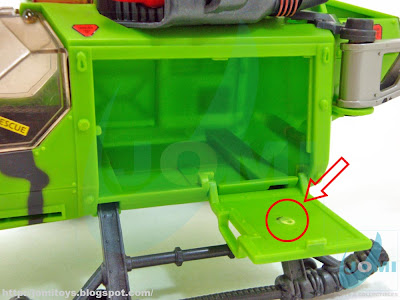 Unfortunately, this unit came with a broken gun emplacement peg. I´m not sure if there was a seat there to begin with, since the Dino Quest version seems to come rather stripped from a lot of stuff, but the peg seems to have been there once.