2 of the coolest figures from the 3 3/4" X-Men Origins: Wolverine series! 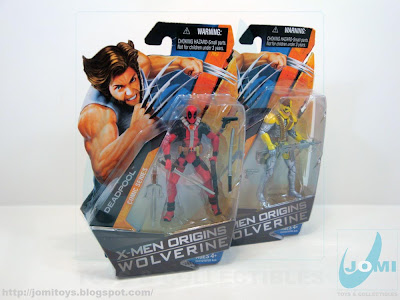 We won´t be dwelling into the comic backgrounds for these figures, but rather focusing on their capabilities as 1:18 scale action figures. 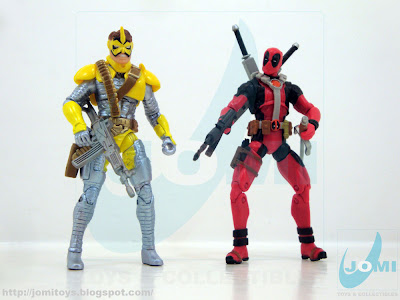 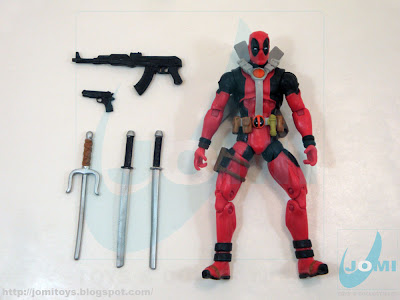 Downside, the non-removable scabbards. They can actually be removed, but you´ll have to cut them along with the utility belt. 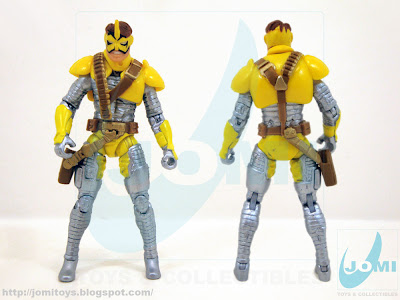 ". Unlike Deadpool, this figure doesn´t feature wrist articulation, so it sort of limits its weapon-holding efficiency. 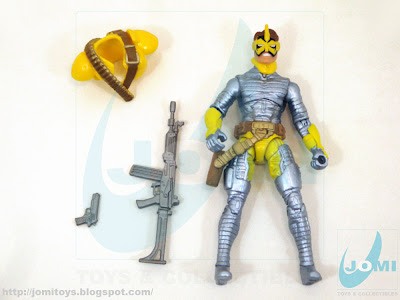 BUT, the chest piece comes off, so these figures are tied in high potential. 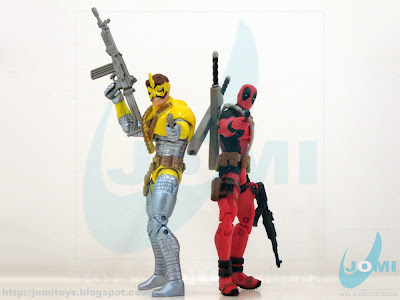 Action shot. A must-have for 3 3/4" and toy figures collectors in general!

Status:Available through Amazon.com
Posted by JoMi at 10.4.11