Well, I´m sure each and every one of you has seen a Troll in your lifetime. Many of us has seen a really big lot from a variety of brands and target audiences. The history of these toys is interesting and the story complex, but picking up the "Troll Doll craze", for the boys, The Original Battle Trolls with their 2 year, 3 series lifespan was probably the best attempt from a major toy company. 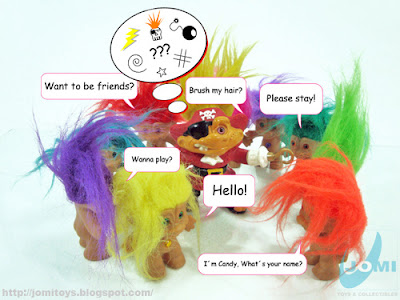 Basically a girlie toy, since the very original was a high quality home-made doll from a Danish father to his daughter, the markt entries were (and still are) numerous. Of course, as most of us know, big toy companies wanted their share and to make things even more profitable, aimed at both girls and boys. 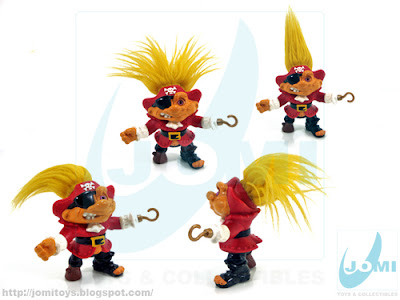 Thus the "Original" Battle Trolls were born! 3 series, 8 figures each + a couple of repaints in their last year. Disguising the main feature, the figures came with accessories (not shown here, but "Cap´N Troll" came with a spring-loaded launcher, menacing looks and reasonable movement for their purpose. 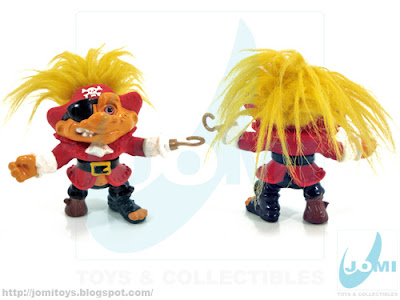 Figure: "Cap´N Troll". Series 1, Hasbro 1992. "He battles without regard for life or limb. He earned his peg leg after he lost his real one to a tiny, ravenous shark. Received his hook after a tiny ravenous crocodile ate his left hand and got his patch after he tried to remove some dust from his eye... on his very first day with the hook!" 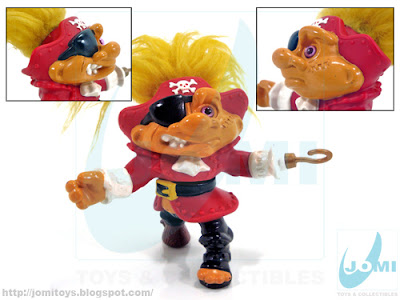 As expected, being a Hasbro product, features above average (for a troll) detail. Of course, a backstory had to be developed as a style too. The company picked some famous personas and trollarized them (terminator, dracula, cyclops and many others). 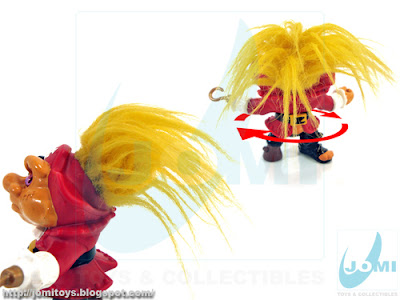 But in the end, the hair was the calling card and with minimal articulation (360º waist movement) the line did ok. "Big haired dudes... with bad attitudes"