Today, the 11th June 2012,  E.T. - The Extra Terrestrial is 30 years old! Just a little older than "The Thing", enough to keep things balanced when some of us looked at the sky back in 1982. E.T.´s image was more prominent, fortunately. So happy anniversary E.T. and terrestrials born on June 11th! 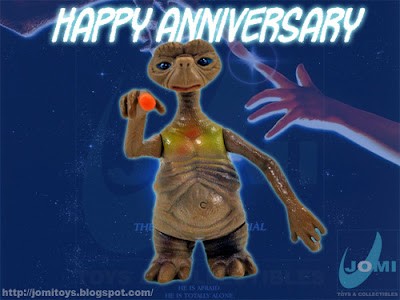 E.T. was my first theatrical experience back in 1982 when I was just 4. Needless to say, such movie had an impact. And of course, I wanted my own E.T.! 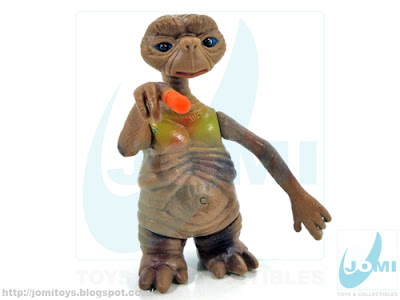 So I got one. Mom and Dad didn´t know what they were buying when they got me this rendition. One of the best ever and one of the thoughest to find in working condition, since it has lights in its eyes and finger. 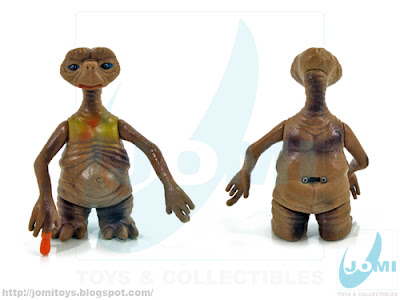 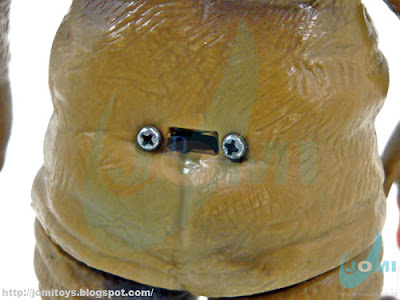 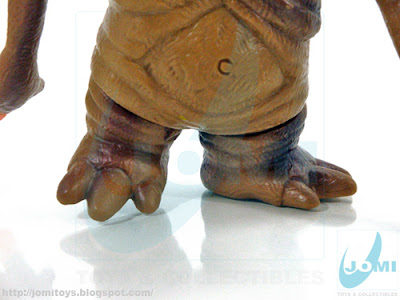 Both feet swivel. And to replace batteries, one or the other had to be taken off to replace the old batteries. 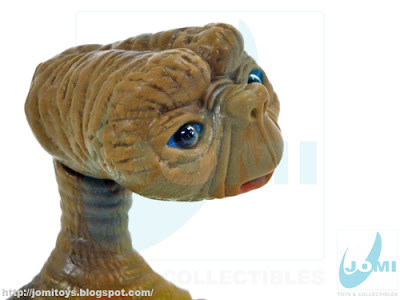 Head moves around too, but care had to be taken, since the wires connecting the blue painted bulbs (for eyes) could break. 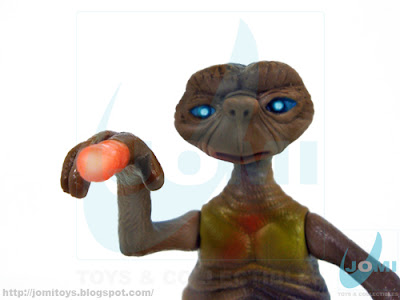 "Ouch". The vintage stuff at work!