While Galaxy Warriors was Sungold "response" to Masters of the Universe, Galaxy Adventure Girl was Sungolds answer to She-Ra... well, maybe. 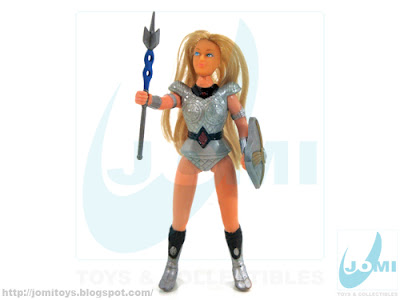 Galaxy Adventure Girl Supra, with Ventura´s weapons. If everything we know about Sungold´s Galaxy Warriors applies to the "girls" too, weapons (and even cards) could vary. 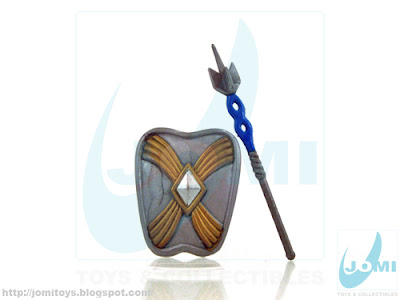 Included weapons. Staff looks smaller than the helmet (Ventura) head version of the figure. Eventually, this one brought a cape too, but this is how this one got here. The enigma remains. 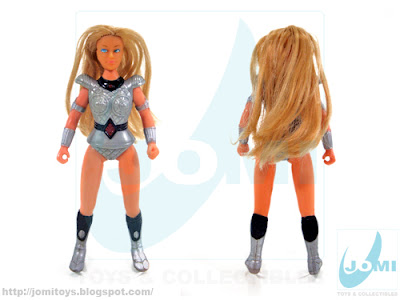 Figure: "Supra". The strongest of all good warriors. Supra possesses super strength which enables her to overcome many obstacles. Like standing on its own. 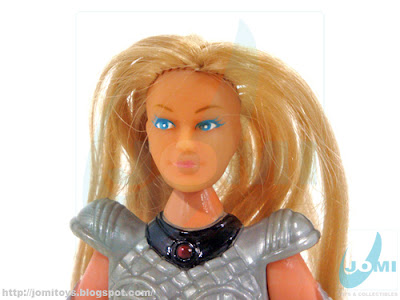 Nicely done action figure (especially for the 80s and for a male/female target). 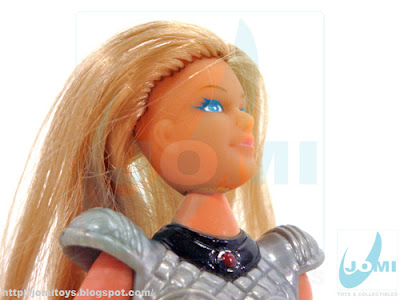 Head rotates like a Mattel´s Barbie doll (as expected). 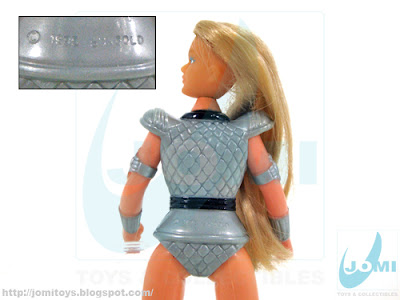 1985, Sungold. In case you were wondering if this was a knock-off of a by many considered bootleg line. 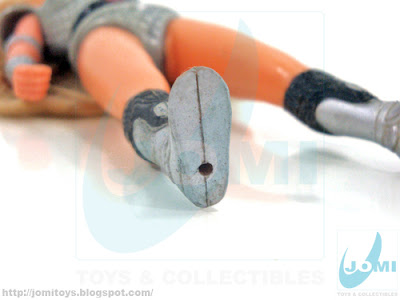 Holes for stands and vehicles? Or maybe remnants from the molding process. 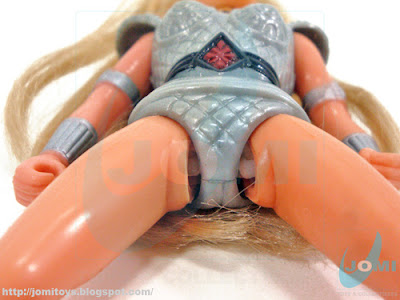 Connection of the legs is made via rubber band, a great thing if they ever need replacement.