Marker pen ink is a terrible and a formidable opponent. Ever got a used toy with such "war markings" you though oh well, I´ll get another one in the future? Maybe you tried washing it. To no avail. Now see isopropanol at work! 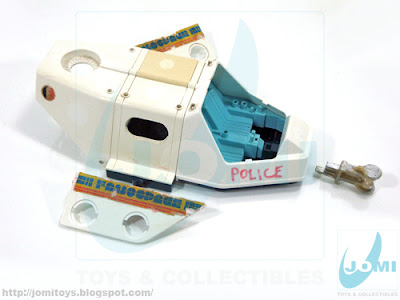 Before I went all the way with (really) valuable stuff, I picked up a Playmobil 3534 Shuttle (actually, a rare Famosa - Geobra´s Spanish version). Someone had "police" written on its front section and windshield. This has quite a few years and when I got it I thought someday I´d figure out a way... 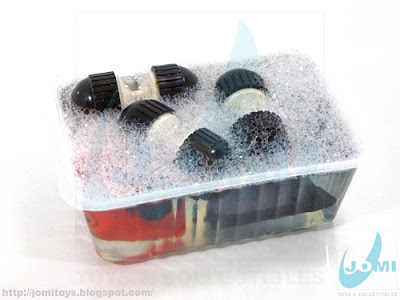 I started with the good old fashioned bath with neutral pH soap to access vessel damage. 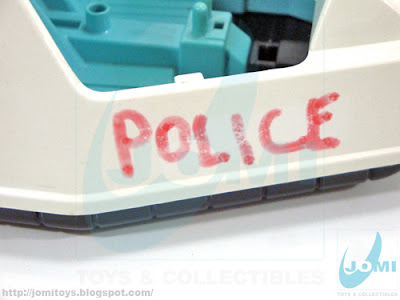 As you can see, the markings were still present, "like an Alabama tick". So "It's time to let Old Painless out of the bag." 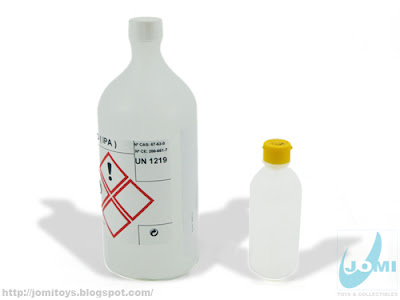 Isopropyl alcohol or isopropanol. Be careful with your eyes, and always use it in a well ventilated area. I recommend the use of a surgical disposable face mask because of the strong odor. 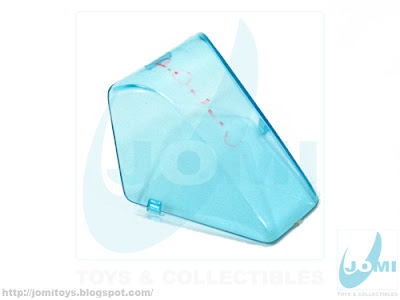 The best way to test it - a clear plastic windshield. After a deep bath with neutral pH soap and a lot of cleaning cloth time (a great thing to overcome 90% of any problems with plastics), that horrible markings remained. So it was time to unleash the ultimate power! 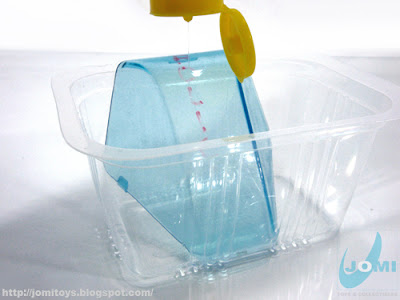 Find an appropriate recipient and pour about a finger high (from bottom) just enough to partially bathe the part you´re cleaning. 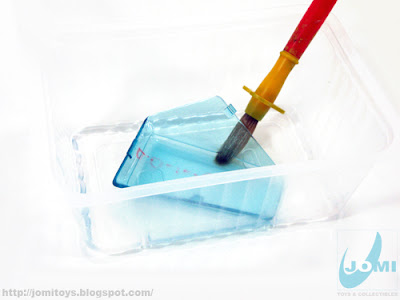 You can either dip it and let the Isopropyl alcohol work a little... 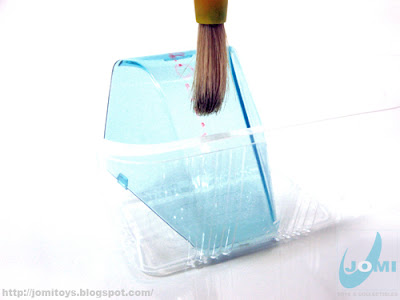 ... or you can help out with a brush. Do not use nylon brushes, remember you´re working with plastic and usually (generally) it´s a better idea to get a natural hair brush of some sort. This cleaning process can take anywhere from 5 to 20 minutes, depending on how much paint you´re removing. The outcome will compensate your time. Also keep in mind not to use it on any part that has been painted originally over the plastic. Take an action figure´s head for example. You have the skin color (to which you can apply this technique) BUT it most likely had painted eyes, hair, etc. And THAT will come OFF!!! Beware. This is a powerful solvent. 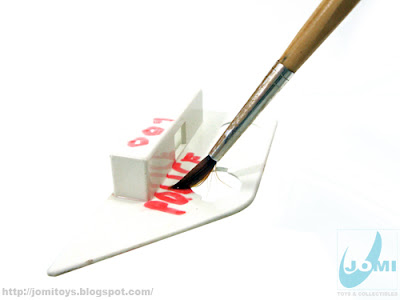 Here´s what I´m talking about. I took just a little and dropped it on the shuttle´s wing. 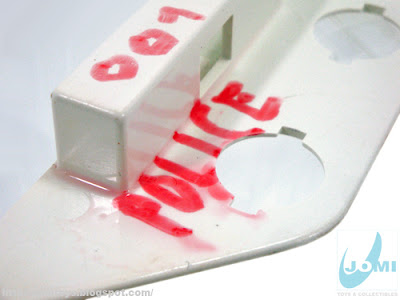 And the isopropanol immediately started to kick in. Remember it evaporates quickly but don´t let the mixture go anywhere near a sticker (especially paper-based) you might want to keep. Also remember most toy stickers are painted so it´s a great risk to "clean" them. You´ll probably wind up with a clear sticker, so refrain from doing that. It´s a suggestion, of course. 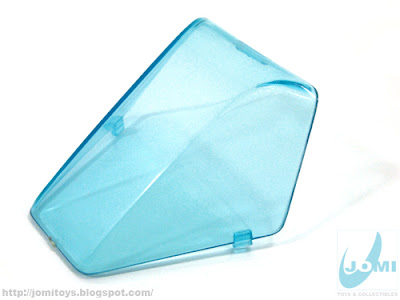 And here´s the final result. Clean and clear almost as new! I´ve heard a lot of talk about how isopropyl alcohol dries up plastics so I found a great view on Material Science Archives that if you´re concerned as I was:

Neither of these alcohols "dries out" plastic, since there is no water (or any other substance) in plastic to "dry out" in the first place. Both of these alcohols act as both polar and non-aggressive non-polar solvents, which is very advantageous for cleaning. Acting as polar solvents, they are able to dissolve polar contaminants such as salts, and other water soluble contaminants.

Both of these alcohols are also able to dissolve non-polar contaminants such as oils and greases, with isopropyl alcohol acting as a somewhat more aggressive non-polar solvent because of its shorter carbon "backbone" and therefore lower molecular weight. Unlike many hydrocarbon solvents, neither of the two alcohols are damaging to any common plastics.

Warning: Highly flammable and toxic. It should be kept away from heat and open flame. Poisoning can occur from ingestion, inhalation, or absorption; therefore, like said before, well-ventilated areas are recommended.