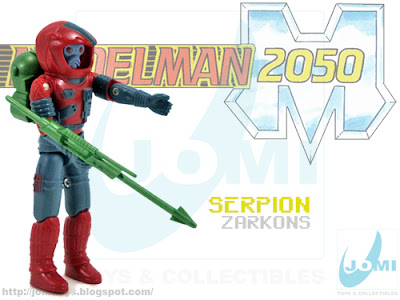 One of the original specialists squadron members sent from Zarkon to invade Earth and make our planet their new home. 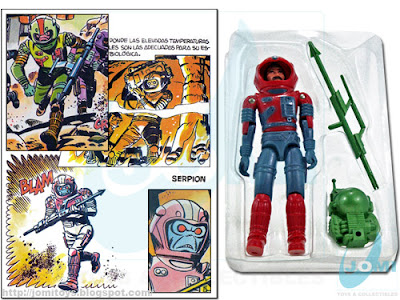 With his ugly mug hidden behind his human mask, Serpion does his very best to help Zarkonians accomplish their mission! 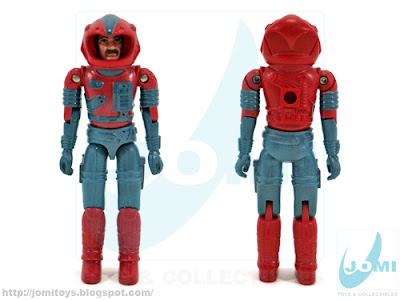 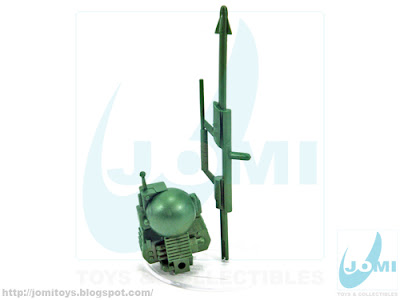 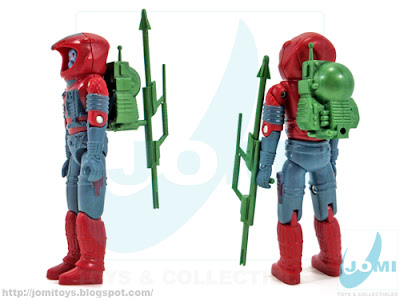 Weapon can be attached to his backpack. 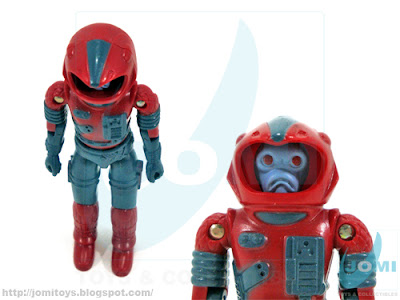 Since their head contains a magnet and this clever "revolving head" idea involves a fairly complicated vertical balance which is crucial to its perfect functioning through time, the helmet (working as a container) does not turn. This makes Zarkons helmets pretty cool, since they probably had to compensate with really nice sculpting.