An enormous 3-headed Dragon steed with a different version of Summit, made by LGTI (Galoob) in 1996. - DOOMFYRE DELUXE DRAGON - 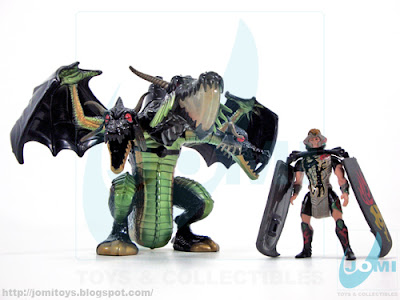 This guy actually "spits fire" (sparks) and probably the reason it didn´t get a worldwide release. Although the sparks never come out since the dragon´s mouth is protected by a plastic casing. 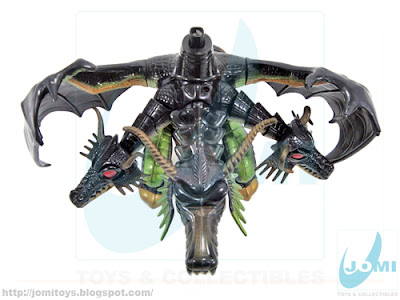 While the main head is static, the other two move. One, up and down, and the other, left and right. It has a chinese dragon design. And probably the best looking dragon from Dragon FlyZ I have ever seen. 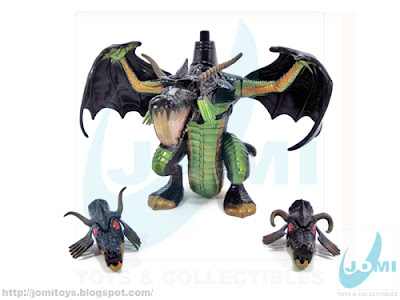 The other 2 heads can be detached with ease from the main body. 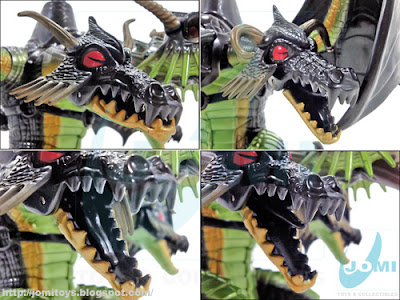 Not only do they move, their jaws move too. And even their tongues! 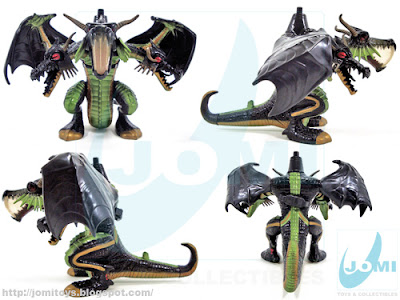 Most dragons from the (now vintage) 95/96 series look strange, like Gargoyle busts. Other than 16" Riptor, that is. But this guy (or girl) here beats Z'Neth´s ride. 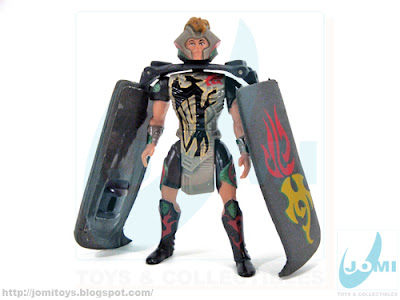 Figure: "Summit". Dragonator two. Even the rider is probably the best Summit version ever seen. 4.8" figure 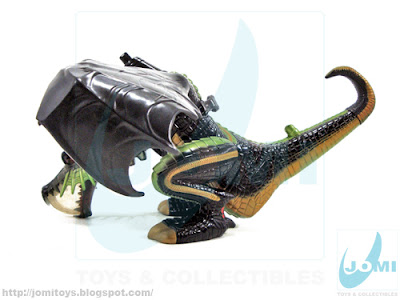 Dragon legs move independently allowing it to take a... bow. 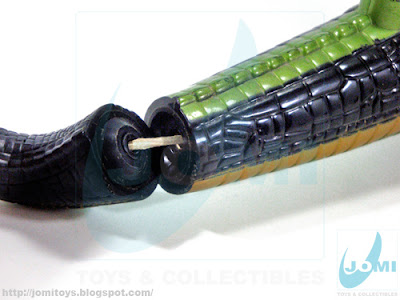 And of course, it comes with the string to pull and make the figure fly... 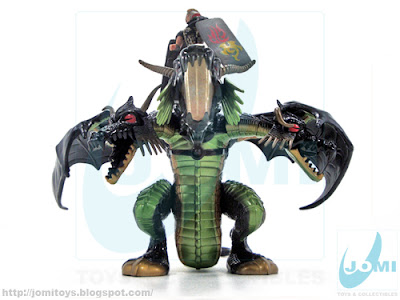 Figure must be put on top so the crank wheels connect. 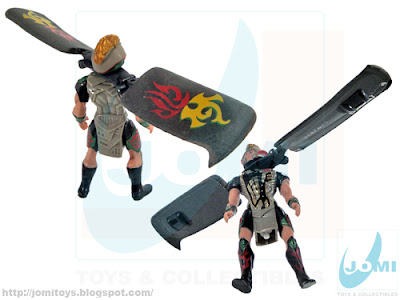 Pull the string (dragon´s tail) and watch it fly with a cool whistle. 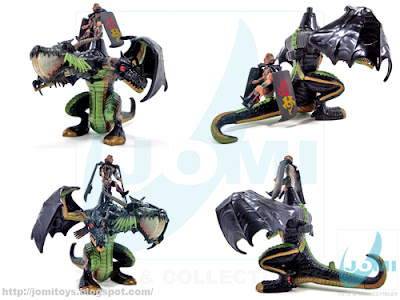 It even has room for another figure on top of it´s massive tail. 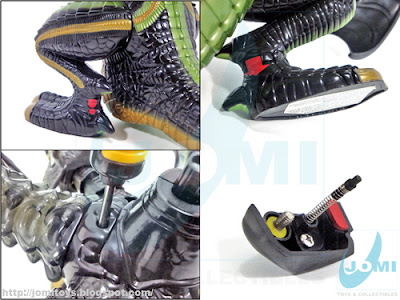 If you paid close attention to the pictures above, you probably caught a glimpse of a strange red symbol on its left leg. Well, that´s the mark to read the instructions on a sticker under the foot. There, it´s explained (in spanish) how to exchange the spark stone. Just like a gas lighter ignition stone. And that´s probably the (safety) reason why this Dragon is so hard to find... 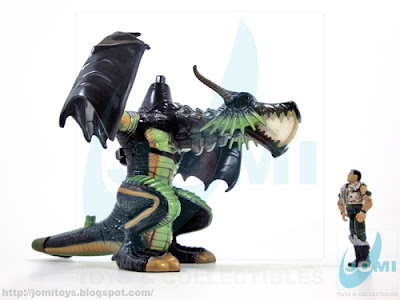 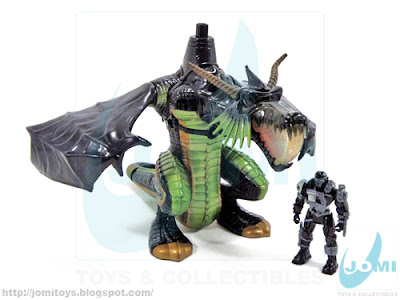 And with a True Heroes L.A.S.E.R. figure.