Masters of the Universe 200X Orko

Orko, the funny court magician who could never cast the right spell was reincarnated in the 2002 series. With a fabulous new sculpting, his pose, spread skinny fingers, pointy ears and crazy eyes are everything you need to know about this little friend! 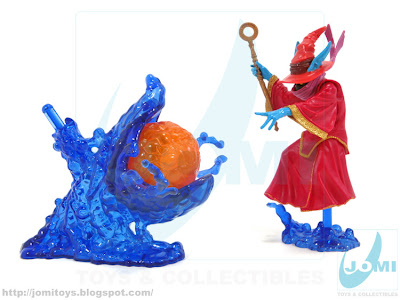 Apparently able to (finally) help his Heroic friends with a mighty magical orb! 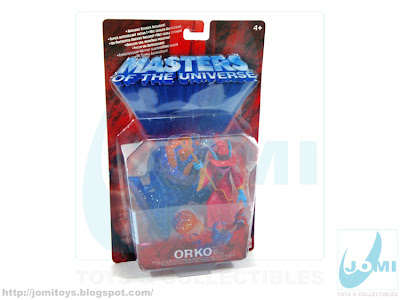 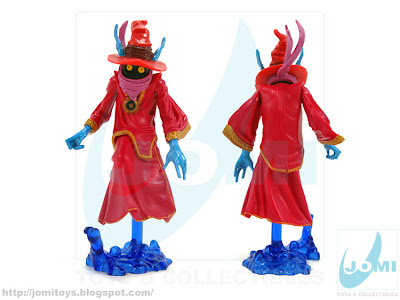 Orko "floating" on top of his stand. The clothing is a work of art by comparison with the vintage figure. For that matter, the whole figure is another ball game. Oh, and yes, Orko has legs... at least he has knees! 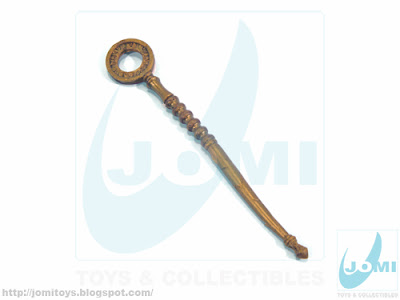 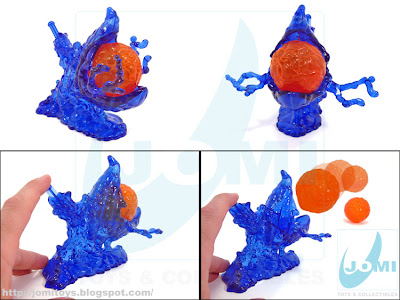 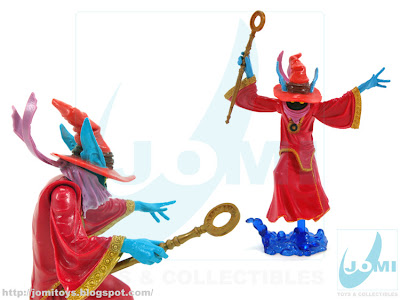 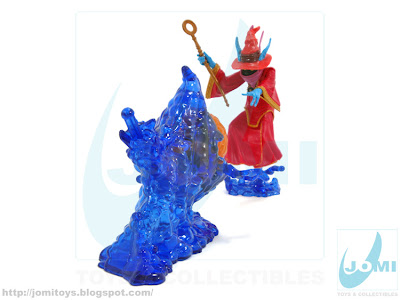 In conclusion, arguably one of the best remakes of the entire line! A dead-on by Four Horsemen Toy Studio.