Crossings: A tiger in trouble

Deep into an uncharted island´s forest, a shadow examines a curious contraption... 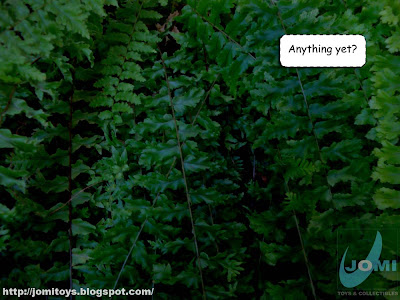 What sounded like a combat helicopter engine sound captured the attention of one of many menaces any given place can present. 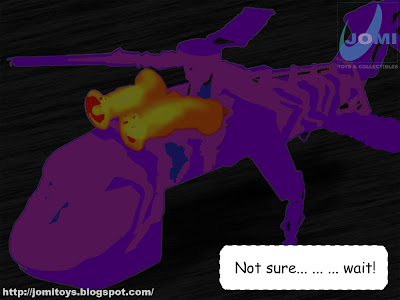 Thermal imaging equipment shows a definite helicopter silhouette. Similar to the one they were searching for the past 2 days since mission briefing. 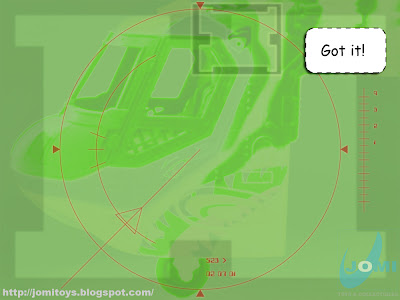 Switching to image intensification, the markings are now clear. It´s a G.I.Joe helicopter. 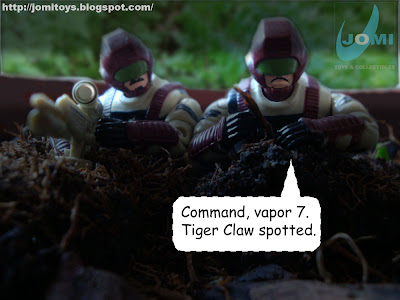 The first part of this sniper/scout team was accomplished. Cobra was looking for Tiger Force for over 48hrs since they were informed of Joe mission on that island. A tracking mission was about to begin. Vapor 7 is one of the 4 units on this mission. First one to radio in, they must now prepare for what´s next... 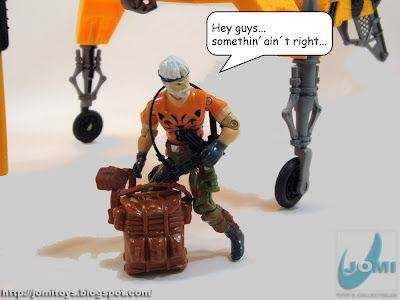 Always aware, Tiger Force is not just a fancy-looking unit. A special team has high standarts, even for joes, and when silence is too much, it usually means something´s up. 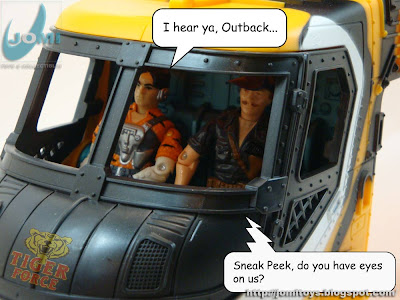 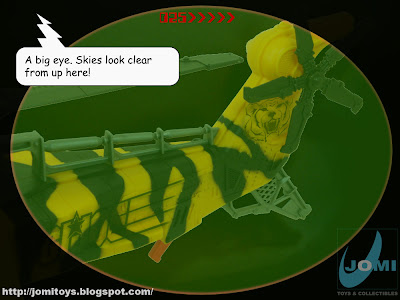 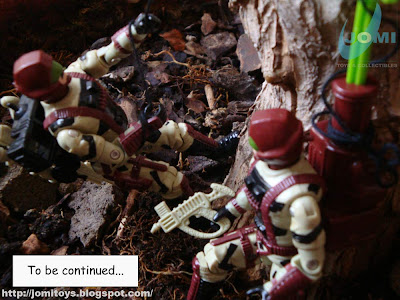 Unfortunately for the Joe team, he can´t be looking everywhere, and what was once there, is no more. And they´re right on schedule...
Posted by JoMi at 3.10.10