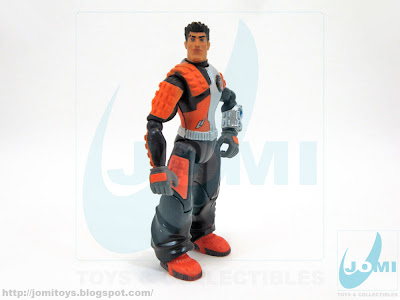 These figures had a paired animated Manga series with moderate success, Alpha Teens On Machines... ATOM. The actual figures do have a Japanese look to them. 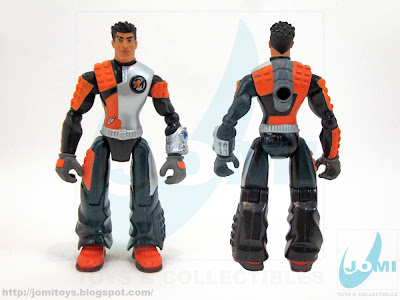 Very interesting figure, totally articulated (around 20 points). The line could have used a more lasting life. And a more "mature" number of operatives. 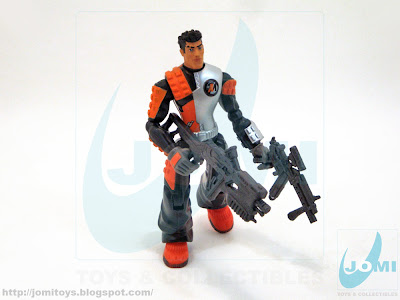 Scale shot with Chap Mei weapons. Standing little over the 5" mark, these guys look great with the "useless" CM weaponry. 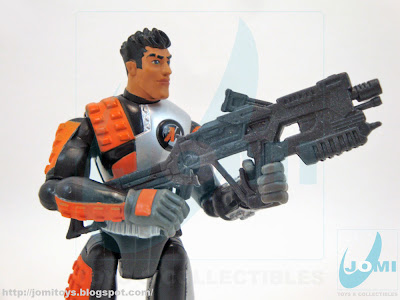 Tailor-made! The included weapons and accessories are very toyish, since the concept revolves around the "human machine". Something like the 80s Centurions.