Marvel Super Heroes Secret Wars line was one of the most well achieved. With a lot of figures and some notorious vehicles, which were even copied by other toy companies somewhere along the way, Turbo Cycle would have to rank as one of my favorites! The awesome armored vehicle carries Marvel Super Heroes into battle! 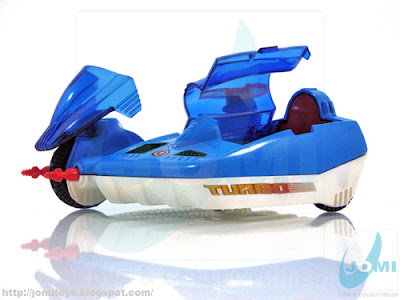 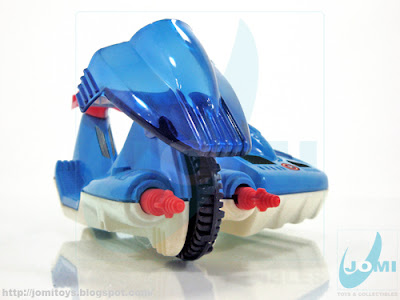 Featuring Captain America´s colors, there were rumours that one issue included the "Cap", but as far as my research has gone, it seems to be just that, rumours. 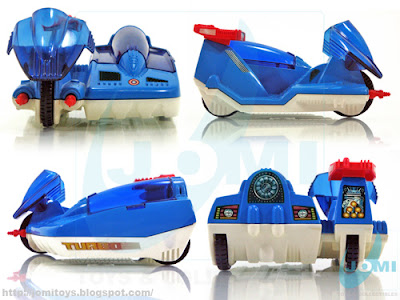 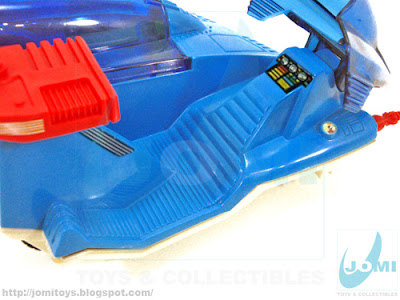 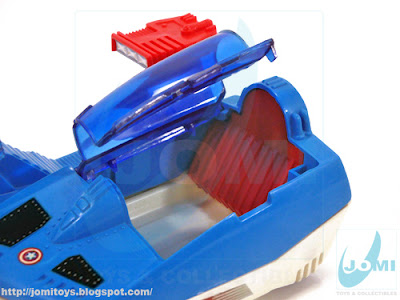 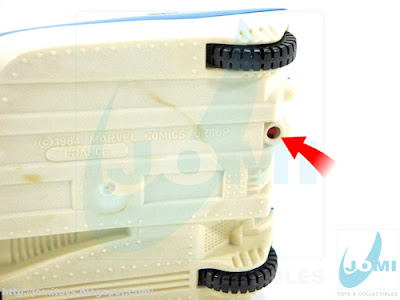 Push the button to reveal secret compartment! Also, if you observe, as a curiosity, this is a French model. 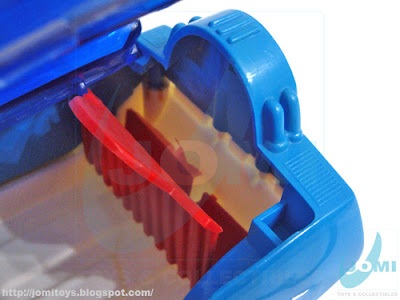 Voilà, the seat tilts and you can store a couple of weapons there. 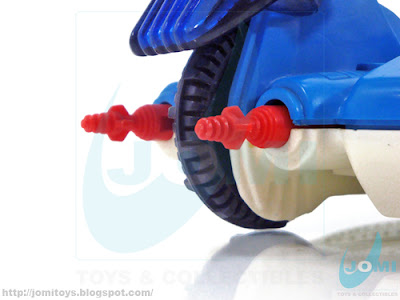 Front guns. Looking like missiles, they are actually moving weapons attached to the front wheel mechanism. 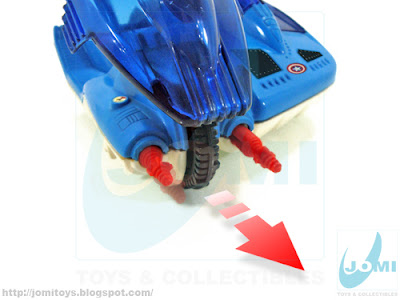 Battle sound and moving guns are actually the mechanism at work. A "tek-tek-tek" sound and guns move front and back alternatively. Not bad, but maybe a bit too far calling it battle sound. 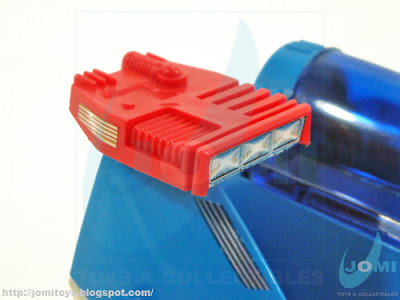 And the light/ jet intake/ engine cover piece that is missing in so many loose vehicles. Very easy to loose. Stickers are also extremely easy to peel off, as most of vintage Mattel toys for that matter, unfortunately.