A truly spectacular toy from the mid-80s, the "electrique" Super-Clim 12x12 is one of the coolest toys I´ve handled in a long time. 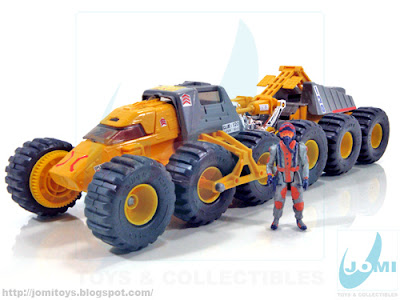 Full traction and unstoppable power, comes with a 3 3/4" figure for its cockpit. 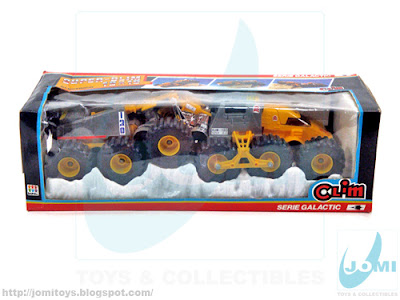 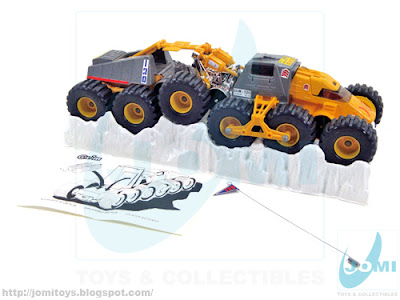 Included items (figure was a nice surprise inside the cockpit). Note the incredibly cool mountain mold to exemplify the wheels settings. 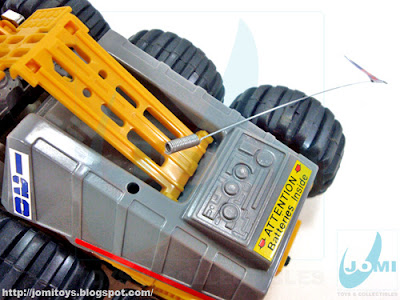 Hole to connect the metal antenna. Super-Clim 12x12 is not R/C, so the antenna will be left out for review purposes. And to connect it, the plastic will probably be slightly eaten by the metal. 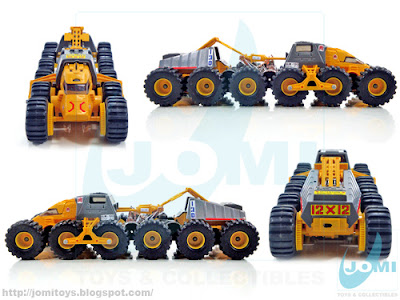 Super-Clim 12x12. Clim comes from "Climent Brothers" (Alicante, Spain). AMAZING vehicle with every bit of it out of the 80s. Or designs from before that. I think of Thunderbirds, or Terrahawks! 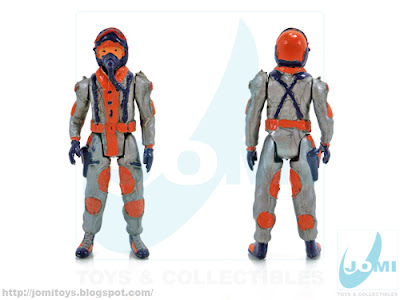 Figure: Pilot. A Palitoy´s S.A.S. Pilot knockoff. These were sold in many forms during the 80s and early 90s and even with G.I.Joe knockoff weapons under the name of Actions Men. 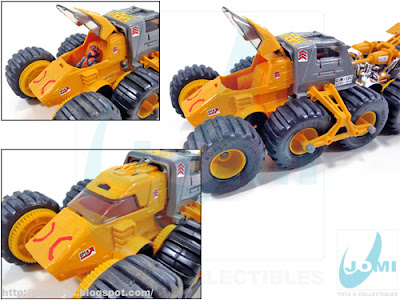 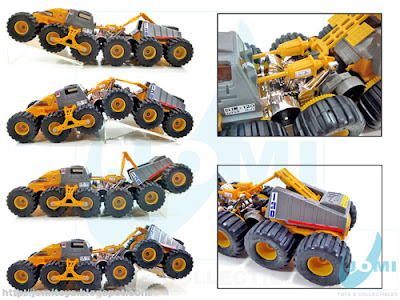 Great color scheme using a yellow construction vehicle color and that "dark gray" fills in like a charm. Those engine chromes are awesome. 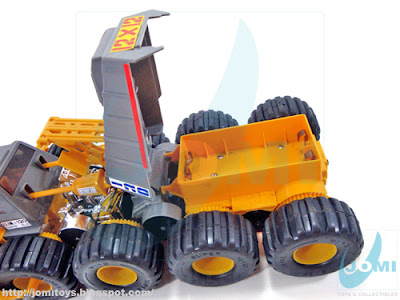 Rear section opens to house 4 batteries (R-14). This baby has not yet been tested, but it must be... definitely! 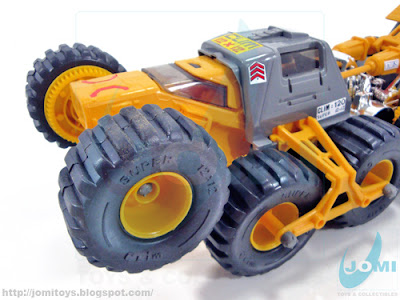 Rubber tires (obviously) and fine engineering to make this caterpillar roll over the highest obstacles. 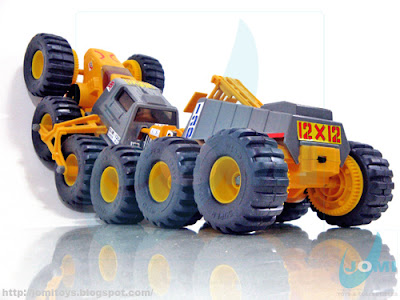 And it almost goes vertical. Test Drive will clear any doubts! 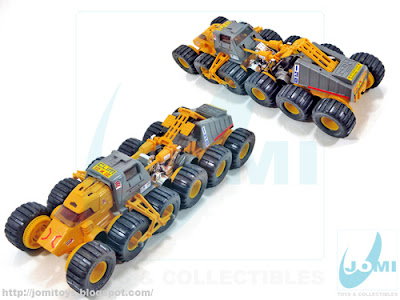 The only "if" comes with the direction. It goes forward. Doesn´t turn. But is that really necessary with such a diamond? I honestly don´t care. I just want to see it in action... 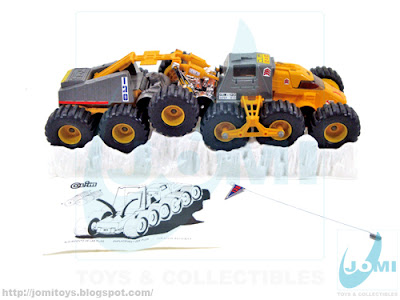 Galactic Series. I hope to see more in the future. And you know it, once I do, so will you!