One of the first Chap Mei variations from Soldier and Police lines, was "Fire Squad Rescue Team". Distributed widely throughout the world, these were relatively common to find. The vehicles, however, were a total different story. 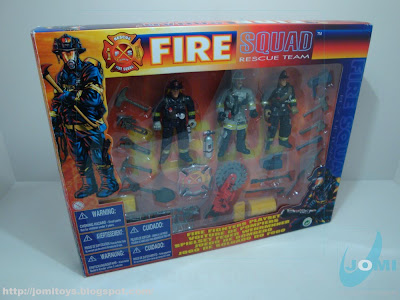 Here present is one of the two "Fire Fighters" playsets. Each comprising 3 figures and multiple accessories. 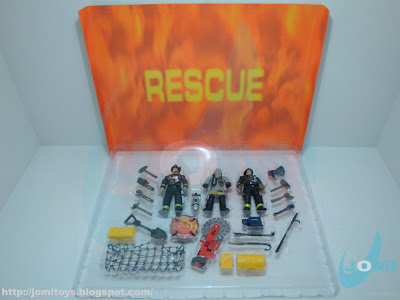 This was the time/era of "Series II" of Police and Soldier Force lines. Graphically, the packaging was developing, and it can be seen here. 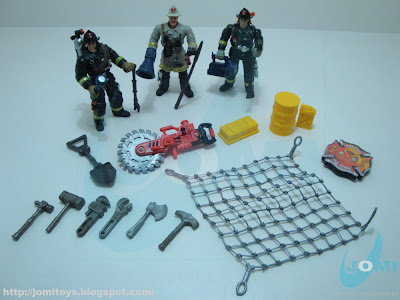 Included items. Some proportional, others not really. At this point people was still scratching their heads trying to understand why the big size of all the accessories. 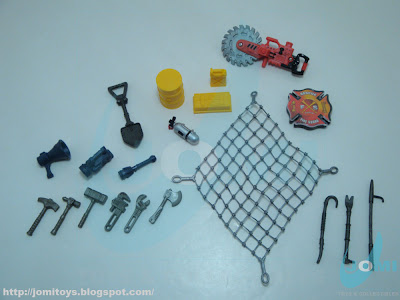 Later, there was no point in arguing nor asking or trying to understand. They were just that big and that was the end of it. 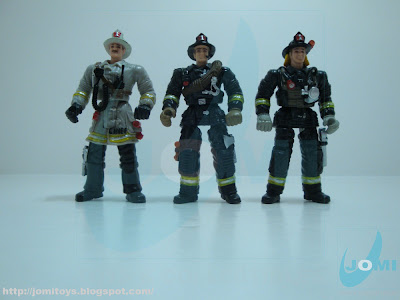 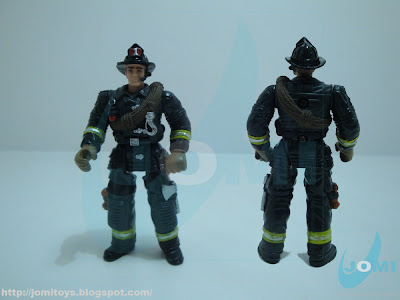 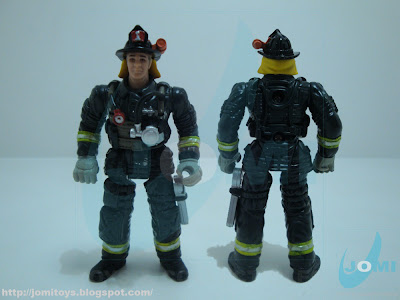 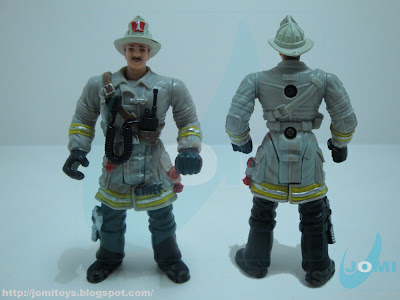 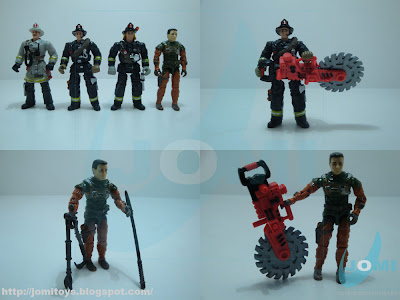 Scale shots. Although some accessories can find their way into the Joe Realm, the majority was big even for Chap Mei figures. Especially the pictured hydraulic rescue tool, some sort of ram cutter.