Lately forgotten, due to lots of recent great vehicle creations by "Chap Mei", the monster truck from Police Force Vs Bad Guyz was one of the most sought after items for a while. "Bad Guyz" figures were hits and their vehicles showed to the world (yet again) CM meant business. "Big Jaws" was one of the greatest, and still is. 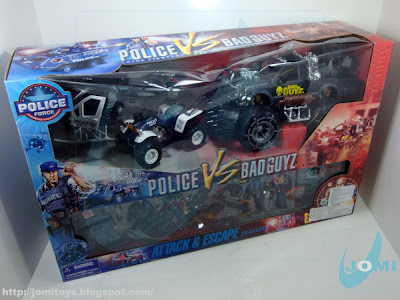 A complete set with lots of parts. The bad guyz clearly with the upper hand, even down 2 to 1 in this set. 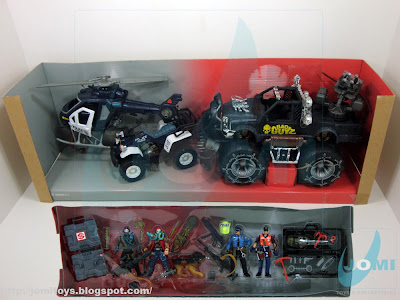 The "Wild Quest" later inherited the monster truck basic mold, although equipped with a net launcher instead of the guns and a different front grill. 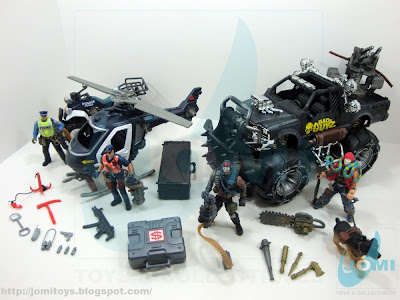 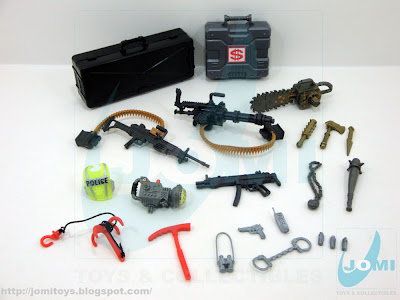 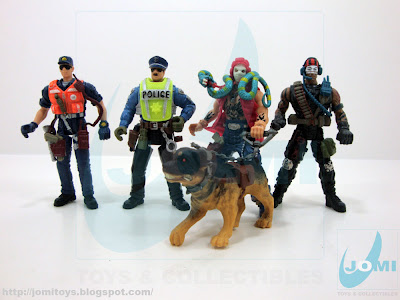 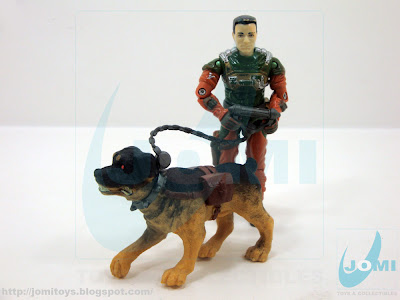 To our knowledge, the only set including the "Rottweiler". A nice complement for a "Mutt" custom, who knows... 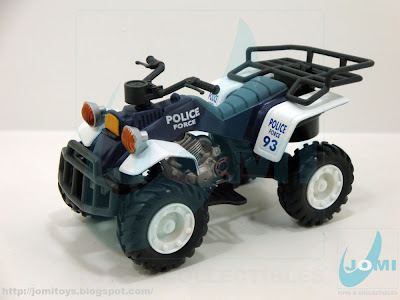 The quad. Refer to "Peace Force Steel Badger Playset" for more details, although this "Police Force" one has no sound effects. 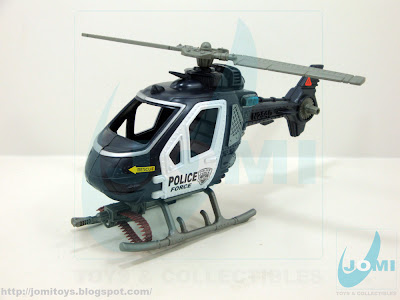 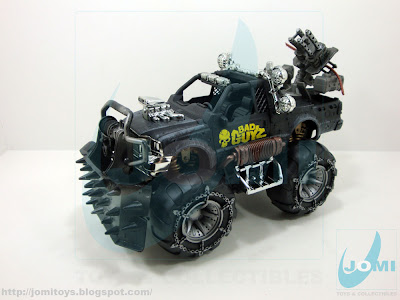 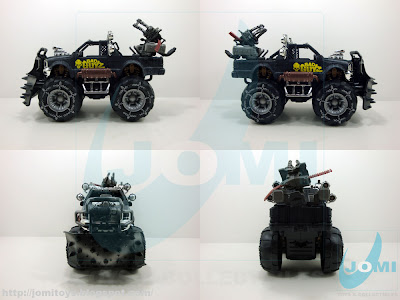 Side views. Menacing enough, a great machine for the "Dreadnoks" or for post-apocalyptic enthusiasts out there. 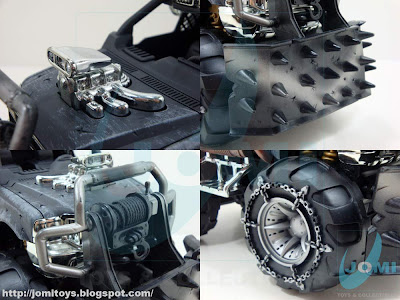 Some detail shots. Considering this was part of 2 to 3rd generation Chap Mei lines, this was (and still is) one of their best. 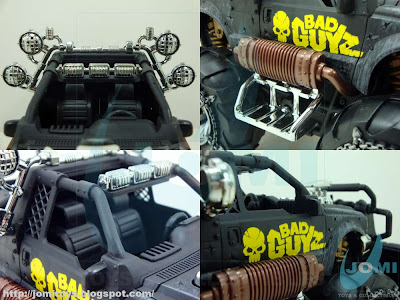 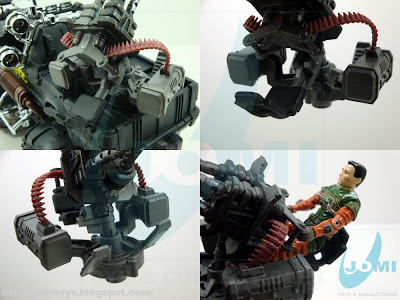 The guns. One of the most asked questions for people owning a set such as this (from customizers mostly) was : "They come off?". The answer is pictured. Although it wasn´t easy. The scale is alright, not perfect, since the feet electrical controls for the turret movement are too far away for the figure to fit. 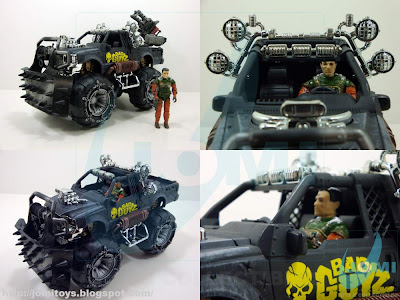 Scale shots. As perfect as can be. 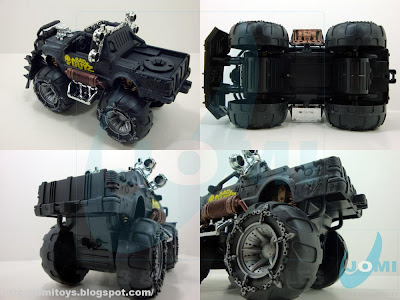 Some different angles. If you observe closely, the bottom of the vehicle has a battery compartment. In this "Bad Guyz" version, it has not use. 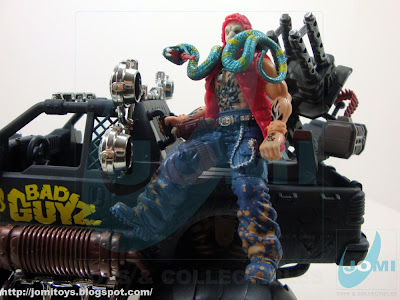