"Modeled after NASA´s Dante", this set also comes with some other building options, although none action figure-destined. 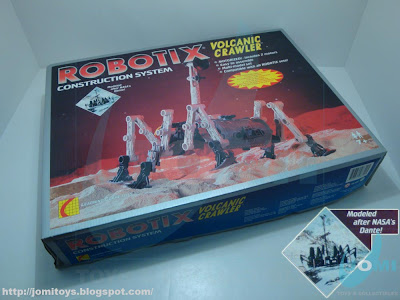 This arachnid-looking fellow was inspired by the robot which attempted to explore Mt. Erebus in Antarctica and Active Alaskan Volcano back in 1993. 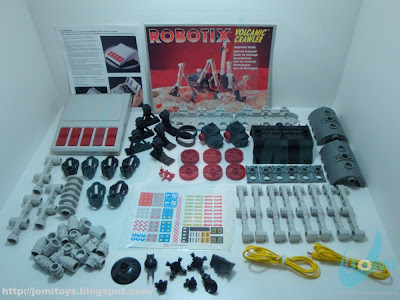 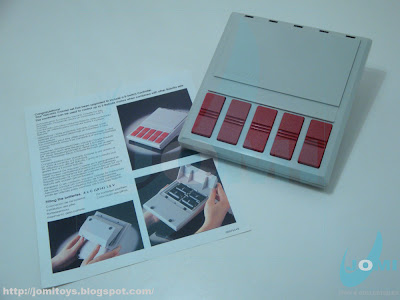 This particular set had a bonus. Upgraded in the form of a new remote control instead of the 2-button pictured in the instructions booklet. 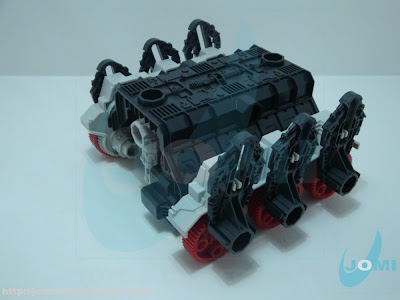 This was the base vehicle over which all vehicle options were built. The remote is a big one. Needs 4 LR14 batteries to function. This was the original remote included in this set. 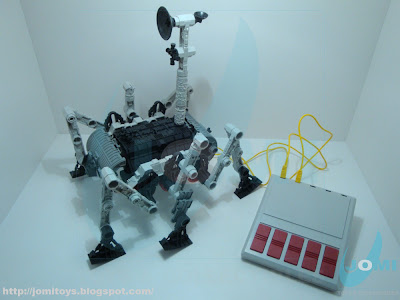 The "Volcanic Crawler". Walks forward and backward. And considering the 6 "independent" legs (3 pairs would be more accurate), it can "crawl" over most obstacle. Videos coming soon. 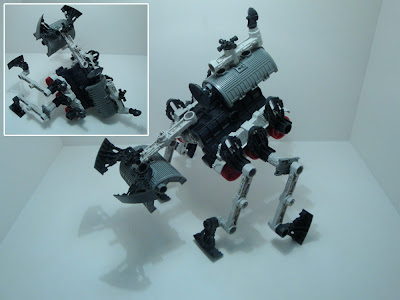 "Robo Crab". With a strange movement like it was walking on its toes, it´s another fine example of how Robotix sets can defy gravity. 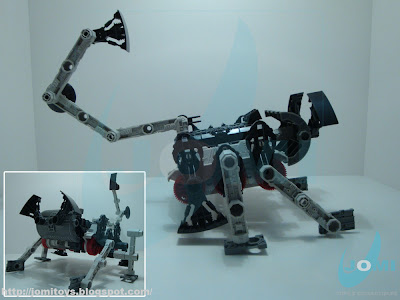 "Scorpion". Looking and moving as the actual arthropod, just too bad that the stinger doesn´t move. 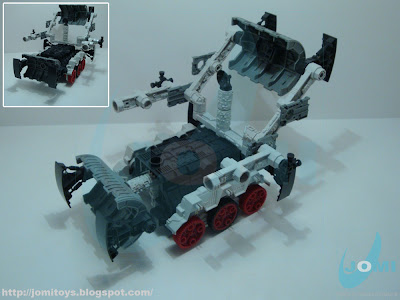