Back to a favorite "Chap Mei hunting spot" store, we managed to get some shots of some stuff they´re offering this Xmas. 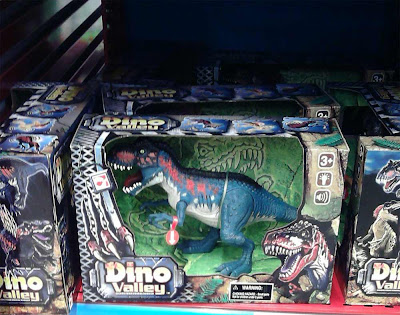 A closer shot of the new Dino Valley 3 T-Rex, something we already had posted smaller. Someday we´ll review it too. 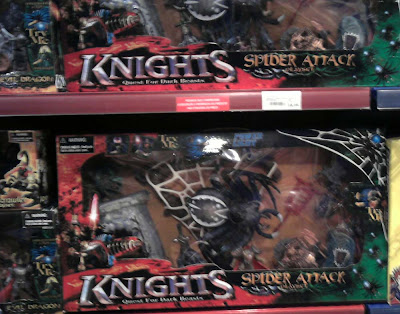 A curious knock-off of a so long ago retired "Knights - Quest For Dark Beasts" Spider Attack Playset. This is a very VERY well made knock-off. We´re not into those - except for the curiosity side of it - but those who are, could get a giant spider, giant web and some cool looking little tower plus some strange gargoyle figures. 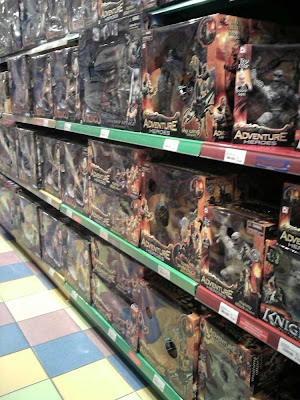 A look at one of the beauty shelves. Now this is more like it. Another discontinued line, "Adventure Heroes". Camel set, Big Mummy, Sky Wing, Hummer, etc. We gotta get back there "packing". Also a lot of Viking stuff, from to Drakkar to some smaller sets. Nice! 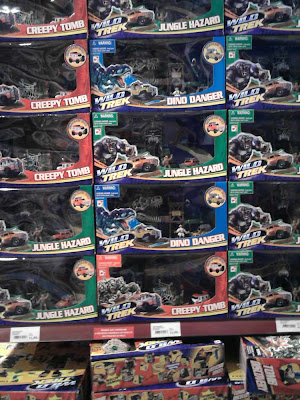 A nice curiosity. The new Chap Mei small figures sets. The figures are an inch tall (something like that) and the sets are pretty much inspired in all Chap Mei has done through the years. 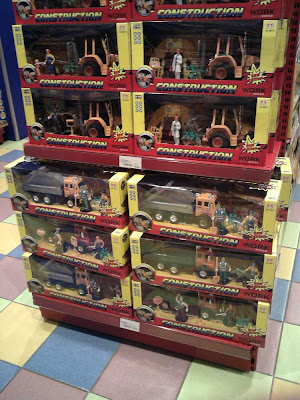 Another interesting shot. These are NOT Chap Mei nor "pure blood" toys. HOWEVER, if you look closely, the tents are Chap Mei knock offs. And the figures are pretty much 1:18 scaled, but the vehicles, are a bit too small. And won´t hold any figures. So... of not interest. Unless like said before, as a curiosity item. 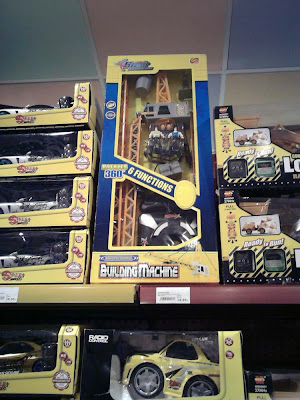 Another great stuff. Lately (fortunately) many companies adopted the - include 3 3/4" action figures - policy. See the two construction workers there? The Crane? We´ll get that soon! 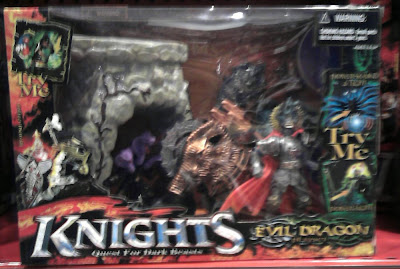 Finally another "Quest For Dark Beasts". The photo is not clear, but you can see it´s not some knock-off. It´s a VERY well done one. And the more I see these, the more I acknowledge we´ll have to get a few to review on that "how good it really is" point.

Also, before getting to these retailers, we had a small trip to another one where we got a glimpse at the even more distant "Witchcraft" series. Lame knock-offs, but very affordable, so all things summed up, we´re going to have some interesting Knock-Off entries soon.
Posted by JoMi at 26.11.09