A remake of the 1985 R-2000 series, the"ARGUS protection leader", this final set of the 1995 "thousand" line, is a powerful gathering of great parts and play capabilities. Powered by four LR20 batteries, this set´s power supply makes 4 engines (+1 more not included) come alive. 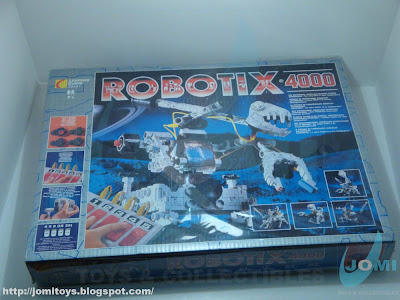 This is a big one. A big box with big parts... big expectations. And they come through. This was the most fun set yet. 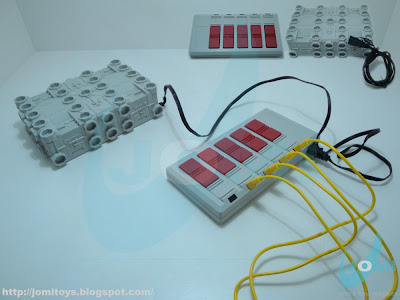 The remote controls (5-switch Control Console) and power supply (Battery Box). You need four LR20 batteries to make this one work. The good thing is... you´ll have 5 slots for wires. (4 are included) 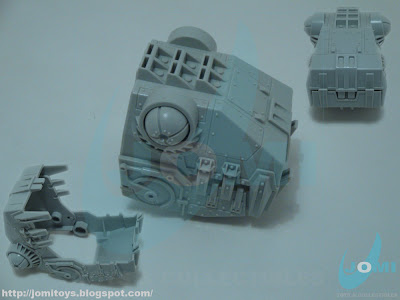 A great included part: "Jaws". Actually, it´s made of 2 parts. Lower and Upper. The eye-looking bolts make this one look like a chameleon´s head. Pretty cool. The front teeth making it look like a rabbit... makes it a "Ra...Meleon". Great sculpt, no doubt. 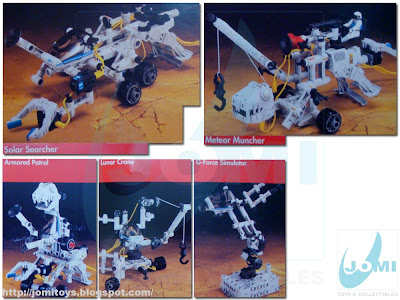 Apart from the main building instructions, you get these other ideas/concepts. 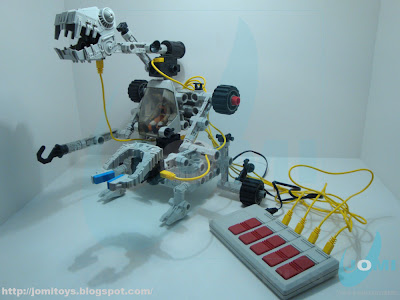 The first vehicle/base you can assemble is this "Command Cruiser". 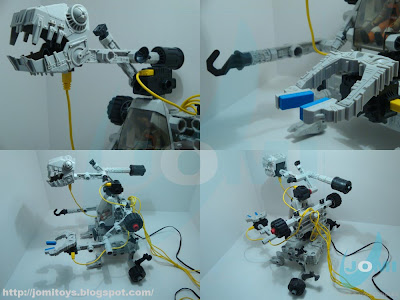 Videos are coming soon for this and previous sets. But this is one of the sets in more "desperate" need of motion for you to see. Absolutely great. 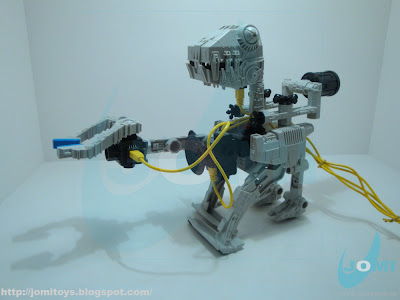 "Planet Probe". Moves forward and backward using the "2-Legged Walker" part which moves in a cross-over fashion. The jaws open and close, the arm moves up and down, and claws open and close. 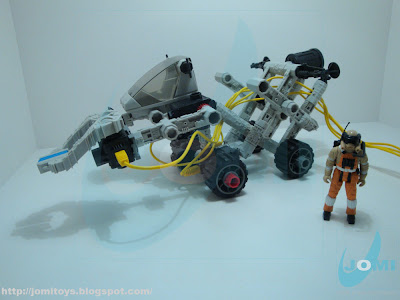 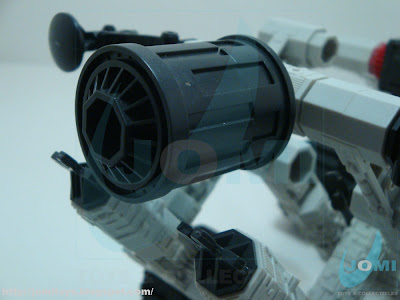 This set also includes a counter weight, mostly because the 4 engines are usually placed on the front and whatever you built, tends to fall over. So this part really comes in handy.