Another of the twists and turns for the 2012 line of Dinos from Chap Mei, this set comes with a repaint of a DV vehicle, plus a couple reissued dinos and a brand new figure. 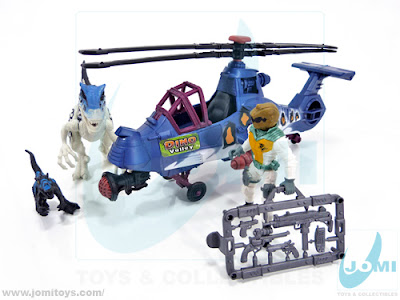 The helicopter mold has been present in almost every CM line up to this point. A beauty, too. 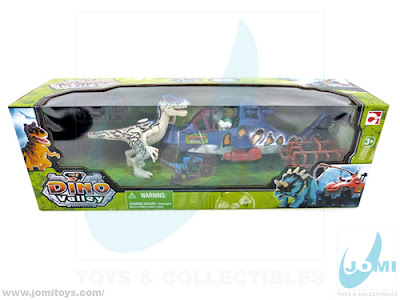 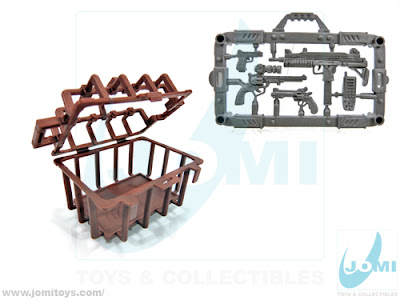 Accessories. The cage is one of the finest Chap Mei creations. Copper in color, great in size. The accessories tree is the common case with great pistols, which falls just a bit behind the originals from Dino Quest. 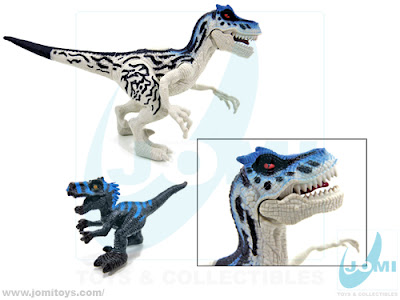 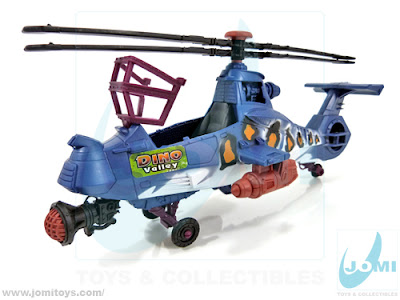 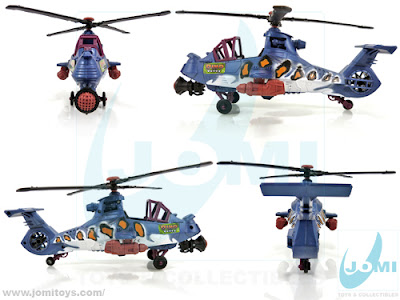 Vehicle: Comanche-style Helicopter. Holds one figure. 2 non-working side cannons, one searchlight and opening canopy. The present half... 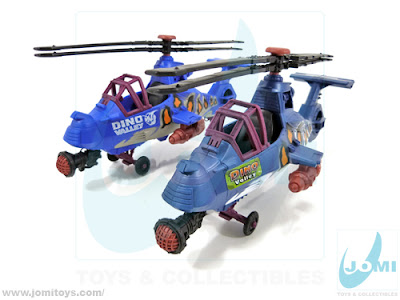 Comparing with its predecessor, it has a more balanced color, although the fact the older model has grey instead of white makes this variation a reason to have both... 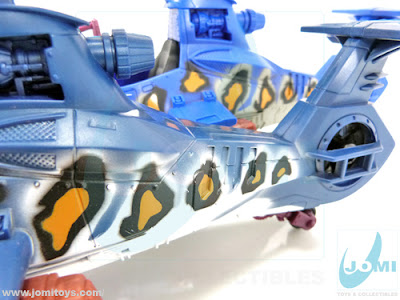 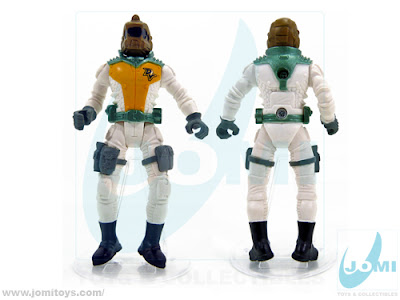 Figure: Unnamed figure 3. Other than the head and chestplate color, the same mold of the previously seen figures from this 2012 line. Now, an important factor. Don´t stress if your CM figures come with feet, legs or any limb like the one above. Some REALLY hot water (below boiling point).... 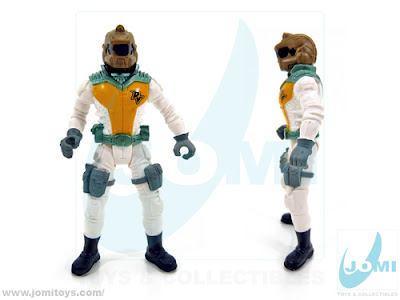