Today we´ll have a look into this giant lizzard set from Chap Mei, the Therizinosaurus. A 2006 Dino Valley original recast, comes with one of CM´s new DV figures... and little more. No harm done, since these sets are generally sought after because of the dinos. So... We´ll also get to see a comparison with a bootleg "therizinosaurus", with a curious variation. So without further ado... 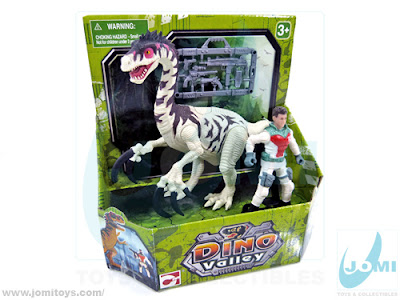 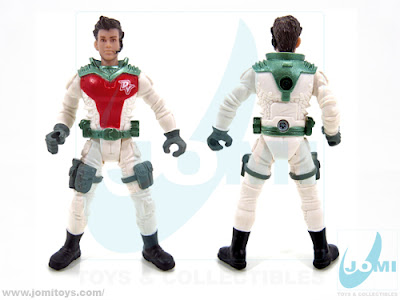 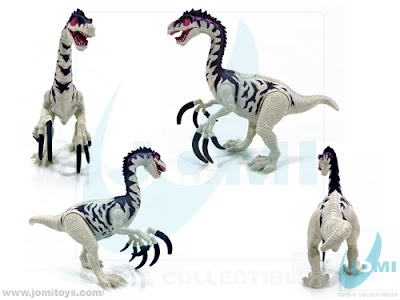 Dinosaur: Therizinosaurus. Medium-sized, and other than the holes in its lower limbs to fit the plastic screws which replaced those awful cables... pretty much the same we saw in 2006 from DV2. 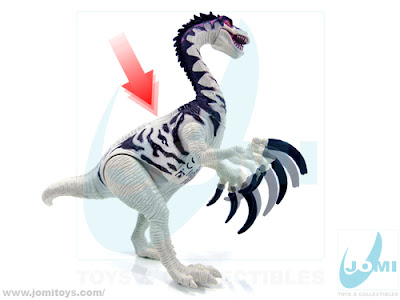 Action button to mimic the forelimb claws movement which was in fact to scratch the grounds for food for this herbivorous animal... 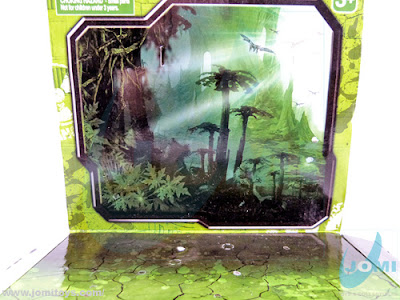 These boxes came with an interesting background that for those who like papercraft may be a point of great interest. 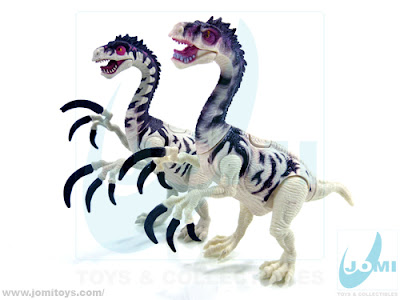 Now an interesting point regarding bootlegs (foreground). This knock-off version comes with complete claws, instead of the typical Chap mei broken one from the right limb (background). 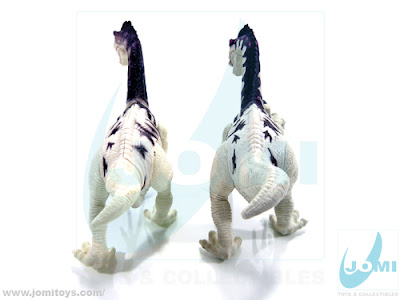 I already had posted a while ago a set with this specimen, and it actually comes very close to the original. Peculiar.