Madelman 2050 is one of the best (short) lines in the history of 3 3/4" figures. Based on G.I.Joe ARAH, or at least picking up its popularity, it was a Spanish production by Exin. Had great commercials!


BUT, a figure was about twice as expensive as any G.I.Joe back then. About the same price as a MOTU figure! So it was cancelled after a couple of years. So let´s dwell into the world of C.O.T.A. vs ZARKONS and understand why it has so many fans worldwide. 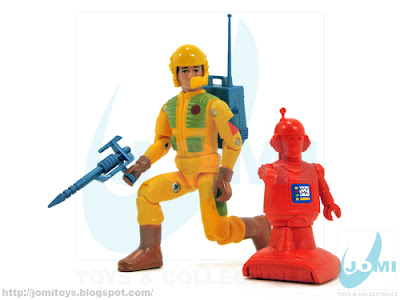 Included items for this ZAN set. 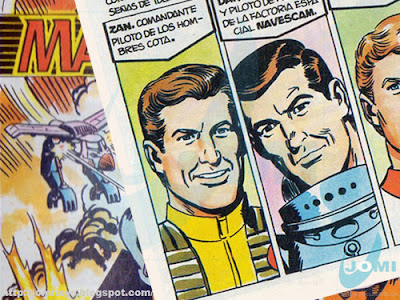 Also included with every Madelman 2050 figure, vehicle or playset was a mini-comic. About the size of the vintage MOTU comics but of better paper quality. This comic would explain the backgroung story of this "intergalactic war" and bios for the figures. Today´s figure is Zan, commander and pilot for the C.O.T.A. men. C.O.T.A. was a terrestrial command created to ward off Zarkons and their invasion. 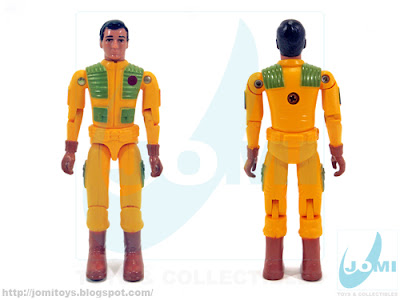 Figure: "Zan", C.O.T.A. men Commander. Much like the 1982 ARAH G.I.Joe (notice it has straight arms - no swivel), high quality plastic and paint detail. 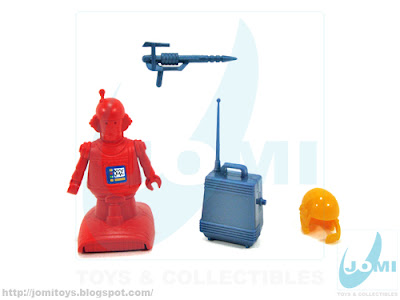 Included accessories. If the figure was constructed with quality plastic, the accessories were even more impressive. Metalized color for the backpack and weapon, eventually to be contextualized with the whole "space figures" concept. This means a lot of money in production thus high prices for the final product. 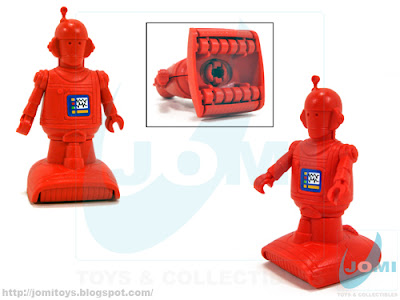 Since it was common for heroes to have a pet robot hero for comic relief (and as we all now somewhere along the way would save the day), this set included Mascot, C.O.T.A.´s... robot mascot. Looks like a cross between Twiki (Buck Rogers) and V.I.N.cent(The Black Hole) to name just a couple. Mascot could move its upper limbs and even connect with accessories. It had a rotating waist and could roll around since it had wheels. 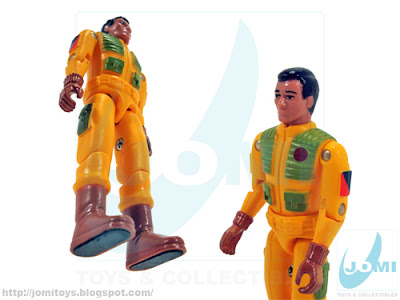 However, the most distinctive feature of Madelman 2050 was the magnet emplacement. Both C.O.T.A. and Zarkons had magnets, but only the good guys had them attached to the feet. Both sides had magnets inside their torsos to activate the really cool and unique element of this line: Magnetron Interactive Force. 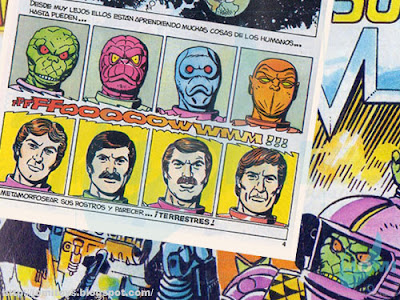 Zarkons, from the dying planet Zarkon, were a desperate, agressive but inventive race of lizzard-like aliens. They metamorphose to look like humans! 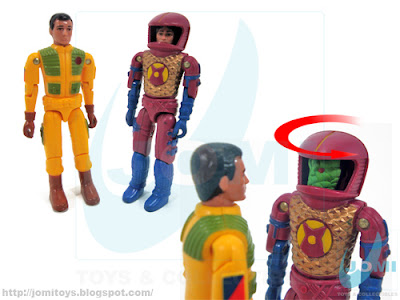