Bought in Spain during 2008 Xmas season, this vehicle has an interesting story. The first time I laid eyes on it, I thought :"well, chap mei using the same old humvee mold". But somehow, this looked different, however I didn´t pay much attention to it until I got to the register and then it hit me: "you better know you saw it right, because you won´t come back for some time". I got back to the toy section, and here it is... 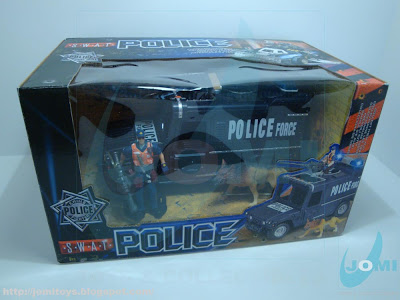 Funny how a similar situation occurred a couple years before in Amsterdaam with the Osprey... I should have known better by then. Well, won´t happen again! 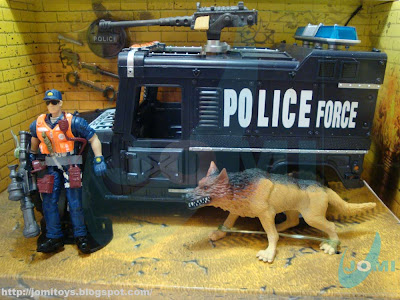 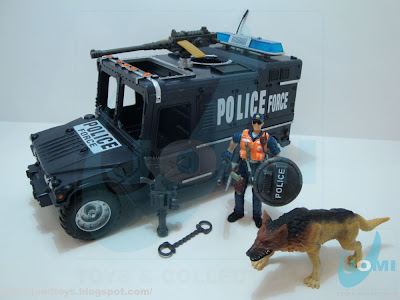 This is a very good looking vehicle, for lots of reasons. Some other versions of this toy were made such as the one included in Lontic Wild Park Grizzly Rescue Playset 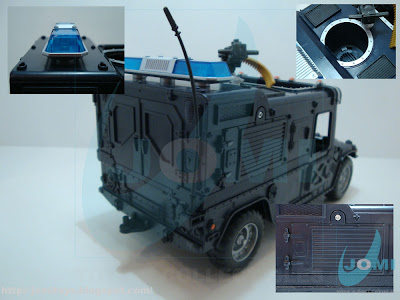 Funny thing, this looks like a L&S equipped vehicle, however, having battery compartment, lights and speaker (at the bottom of the turret) it doesn´t come with lamps nor sound system.Oh well... 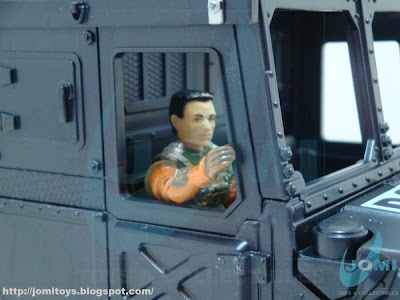 This vehicle sits 2 RAH figures. And they look good. 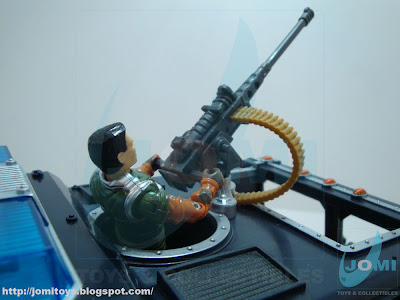 The .50 Cal is a bit too big, and the turret does NOT revolve. I feel like saying this is a great looking vehicle that doesn´t work. 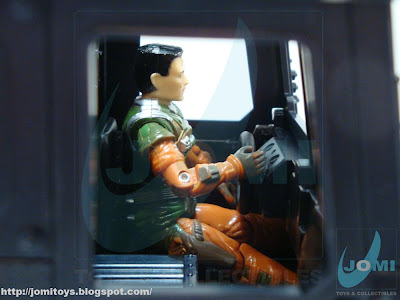 Interior shot. As you can see, the RAH figure fits perfectly, so if you can imagine a CM figure won´t. 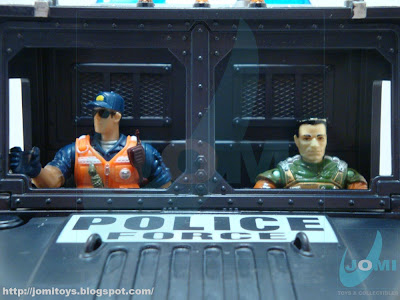 The reason the CM figure looks higher (and I may add, more proportional to the vehicle in this case, read photo) is because the figure is not, in fact, sitting. It´s half an inch above the seat because the space between the seat and the floor is too short for CM figures. But perfect for RAH joes. 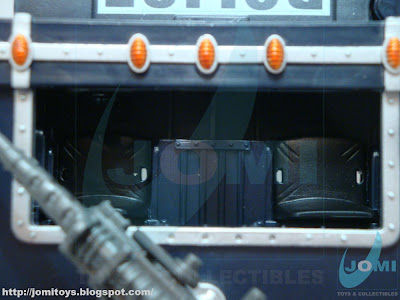 Top view of the interior. Another interesting detail. The seats have these slots like the G.I.Joe vehicles had for seat belts. 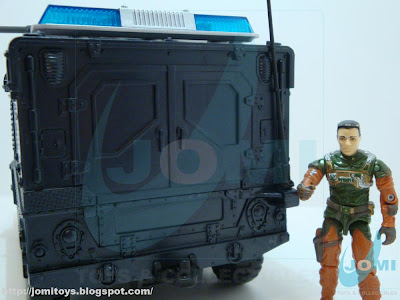 What bothers me the most is the fact the detail is so cool and the doors won´t open. It is as hollow as it can be. It´s gonna take hard work to make these fully functional. 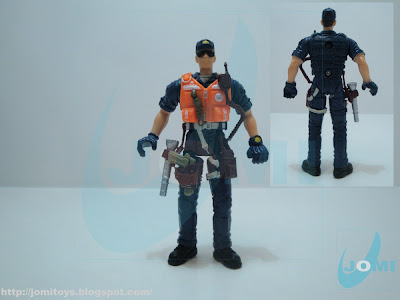 The figure has some great accessories and they can be taken off. Even the radio. 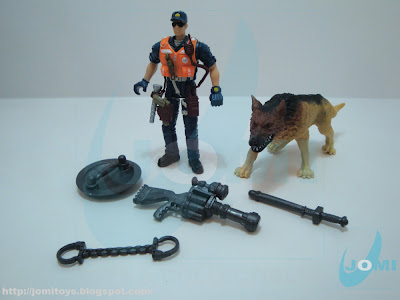 The other accessories are typical CM grandure :) 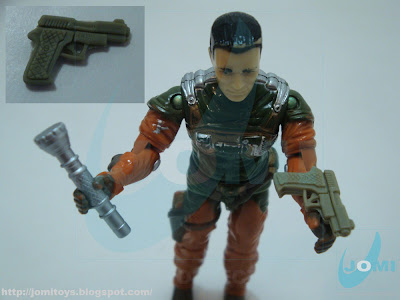 These are great. The flashlight is perfect, the pistol needs some work on the grip to fit RAH thumbs. 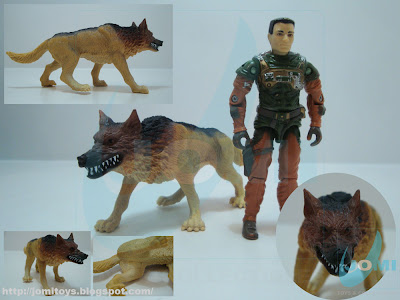 You probably already noticed, but here are various shots of the "new" German Shepherd. Looks like having rabies or really pissed off, or it´s just a really big coyote. If you´re thinking about giving Snake Eyes a new Timber, think again, this doggy is too big. And it´s just too bad, because the detail is very good. Very, very good.