Directly from the Police Force vault, another bit of sweet nostalgy. 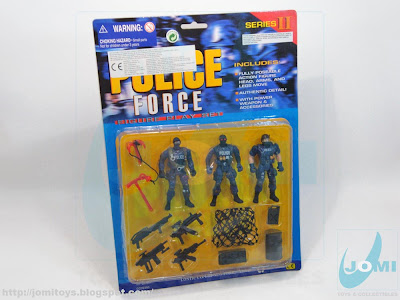 3 of the very best Police Force figures ever. Curiously and strangely... discontinued. 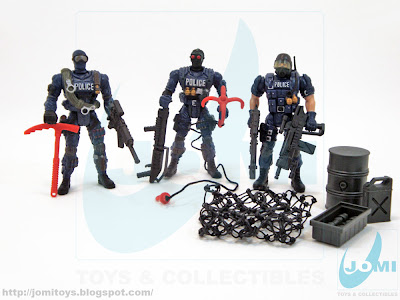 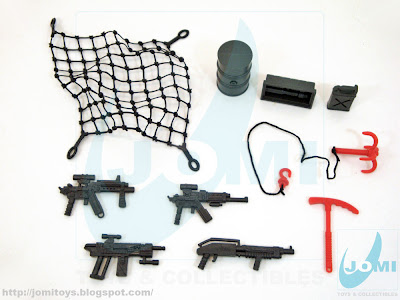 The accessories are basic, as they were then pretty much the same for every set. 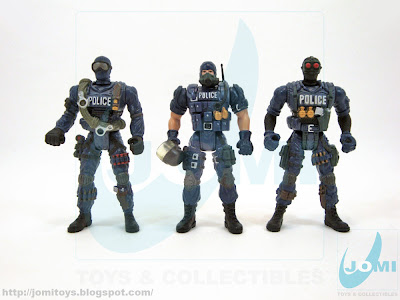 Figures. Center, "Sniper Mike". The only "named" figure of the 3. And only named when "Police vs Bad Guyz" line was launched. Out of curiosity and for future reference, another series I (and II) figure in that condition was "Captain Faulkner". Although that one is not pictured nor part of this set.