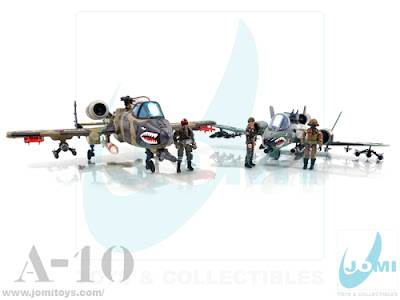 The "inspiration" and the "evolution". 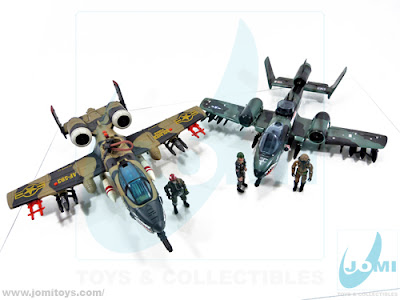 So we all know how the Cobra Rattler is a fan favorite, and after a Tiger Force painting came the "real" camo scheme for 1997 TRU exclusives. While some aspects are clearly taken for the CM version, it was sized up. An also clear enhancement. 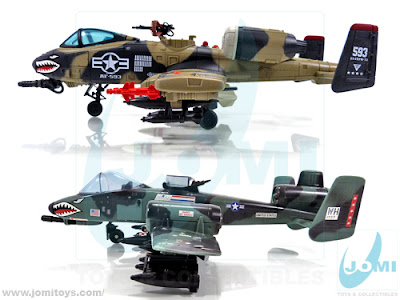 The engines were set up in their right places for the Soldier Force A-10. 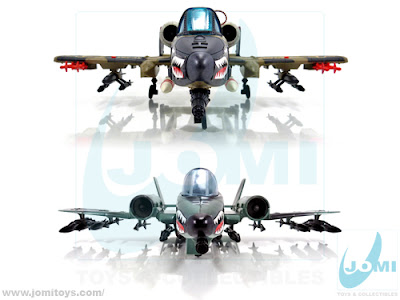 Tail also looks better on the Soldier Force A-10. As the distance for the landing gear and balance of the whole craft. But still short on wings on both cases. Still, CM has the lead, I believe. 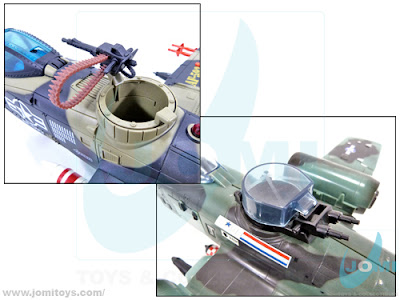 While the gunner on the "Joes" A-10 is obviously protected by a canopy, the CM ground attack jet´s back-seater would have an enourmous job just keeping conscious. It´s a Jet for all intended purposes... 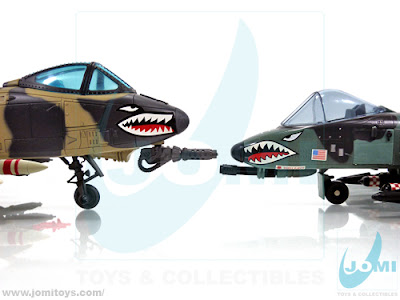 Now here is where Chap Mei took a leap of faith and went the wrong way. This aircraft (Fairchild Republic  A-10 Thunderbolt II)was built literally around the Avenger, the GAU-8 gatling. So why use a "small" nose cannon? Shame on you, CM. 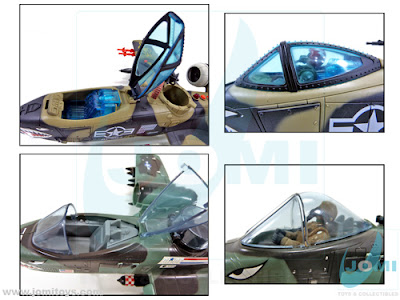 While Hasbro´s canopy has a more decent look, the CM version is larger. 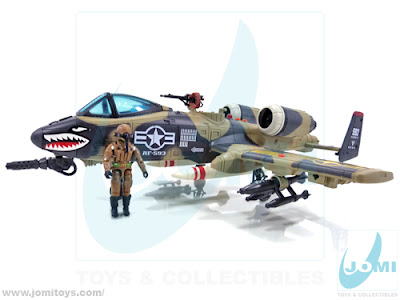 The whole aircraft is larger, on that note. A lot more scaled, even with all it´s toyish details. 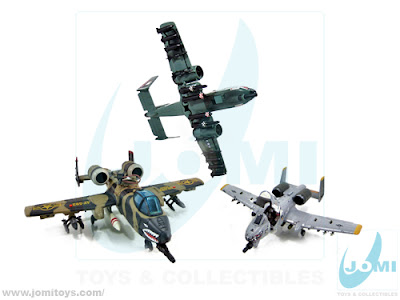 So let´s give Hasbro´s A-10 a rest and make it look good by adding Playmates Terminator Salvation´s A-10  to the equation... 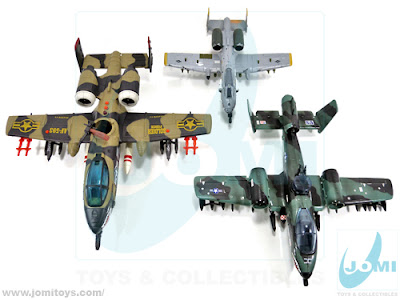 While probably the most detailed of the 3, it´s almost half the size of any of the previous combat aircrafts. 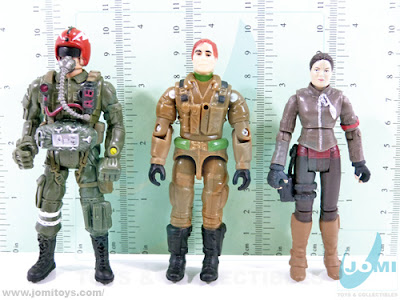 Ok, so even if TS pilot "Blair" is the smallest, not that small to justify such a small airplane. 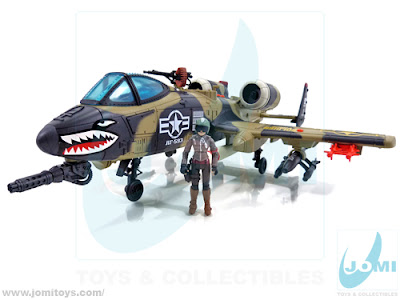 BUT, probably makes the best scale shot of all. 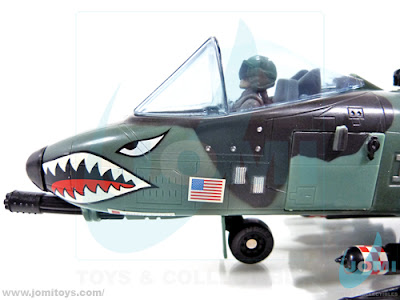 A lot more room for the female Ace in the TRU ´97 repaint. 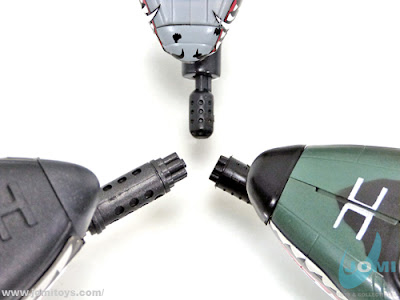 Almost a reunion of tank-killers. I´d take the CM size, with Playmates detailing (but with working landing gear) and the Joes color scheme and GAU-8. They could even keep the turret, I wouldn´t mind.