Marking the return of (better) quality and as TRU exclusives, a small series of 3 3/4" G.I.Joe was launched in 1997. Within it, the urban crusher vehicle, RAGE. One of the most used images in the DIC animation series, and one of the best vehicles when "Joes" quality was dropping at a scary pace. 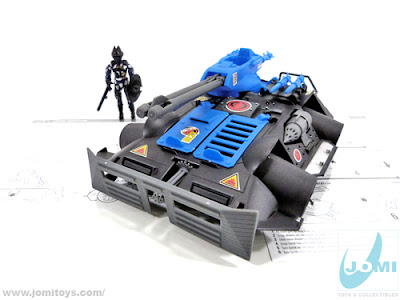 Hasbro-Kenner decided to put some muscle on the painting side of their 1997 vehicles and while most figures were poorly made, the included Alley Viper was very decent. 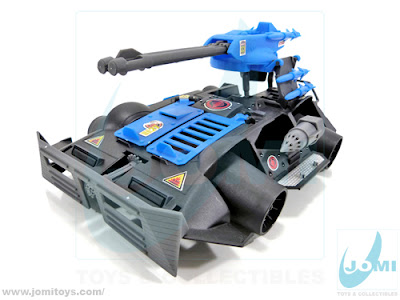 So a cool repaint was out. And Rage was (and still is) one of the most sought-after sets of the 15th "gold series". Made especially for collectors. 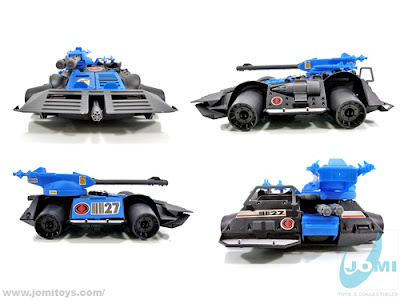 Originally released in 1990, with... DIC colors, the 1997 version was darker, and probably more Cobra-like. Filled with weaponry and offensive capabilities. 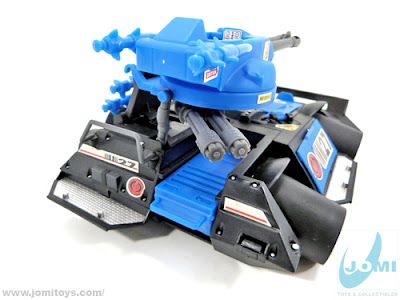 Mines could be dropped, turret elevated and gatling cannons exposed. Platforms for figures now had a silver color. 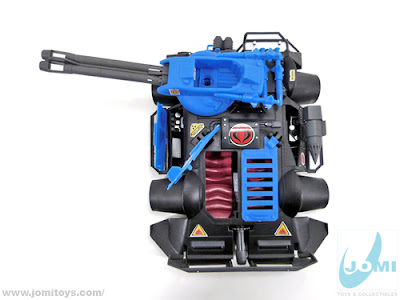 The interior had some redish touches and silver was also present inside the engine parts. 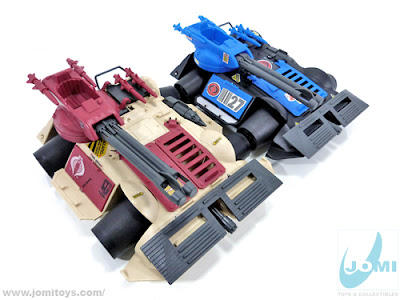 The 1990 Cobra Rage was one of my favorite vehicles. And I´m still undecided on which looks better. 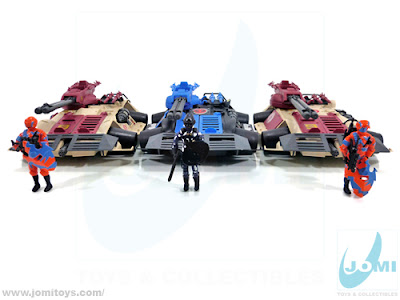 They even look great together. 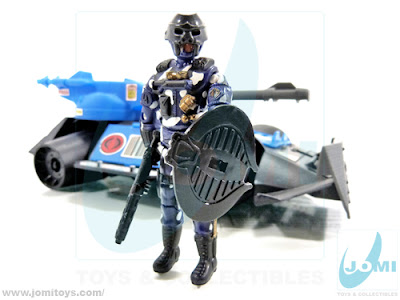 Included, came a new Alley Viper. The 4th version was created with molds or previous figures with a darker look from its new color scheme. 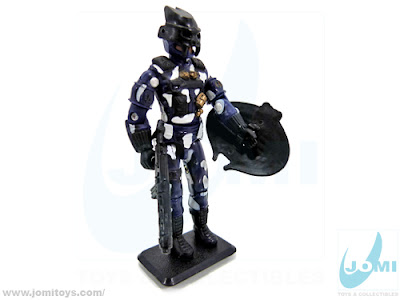 Shield with a clip to hold onto its wrist and a G.I.Joe Dial-Tone figure weapon, also came with a stand. 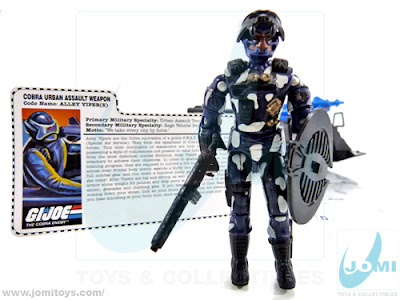 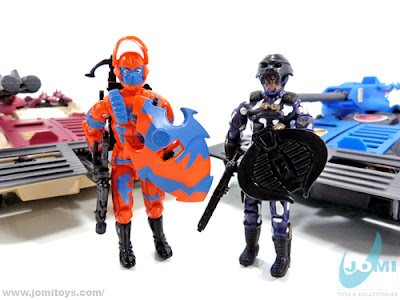 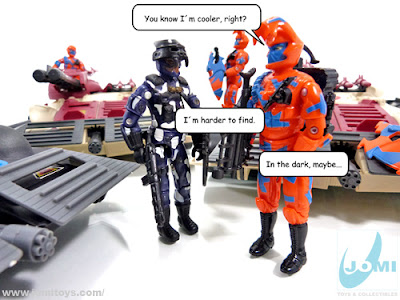 1997 Cobra Rage and driver are not easy to get, they´re usually top-dollar items. 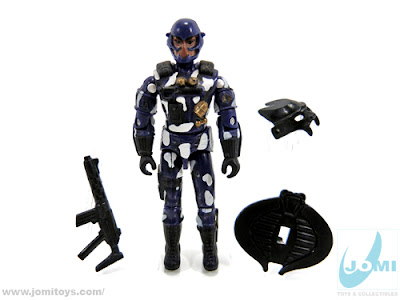 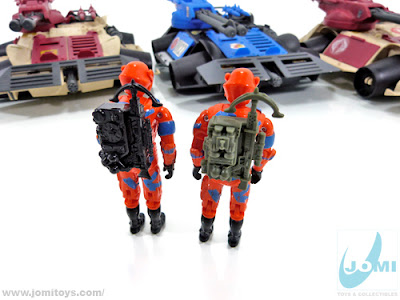 And as a side note, if you´re looking for a substitute for the original 1989 Alley Viper backpack, keep your eyes out for Chap Mei´s backpacks. CM based many designs on popular lines and G.I.Joe was a main "inspiration"... 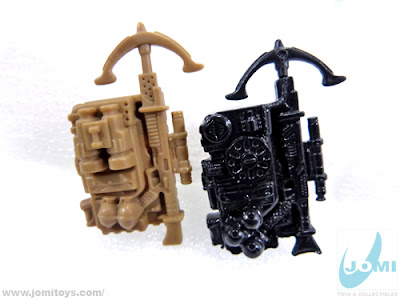 Not exactly a copy, they fit perfectly and scale is perfect also. They come in a variety of colors from bright yellow to olive green.